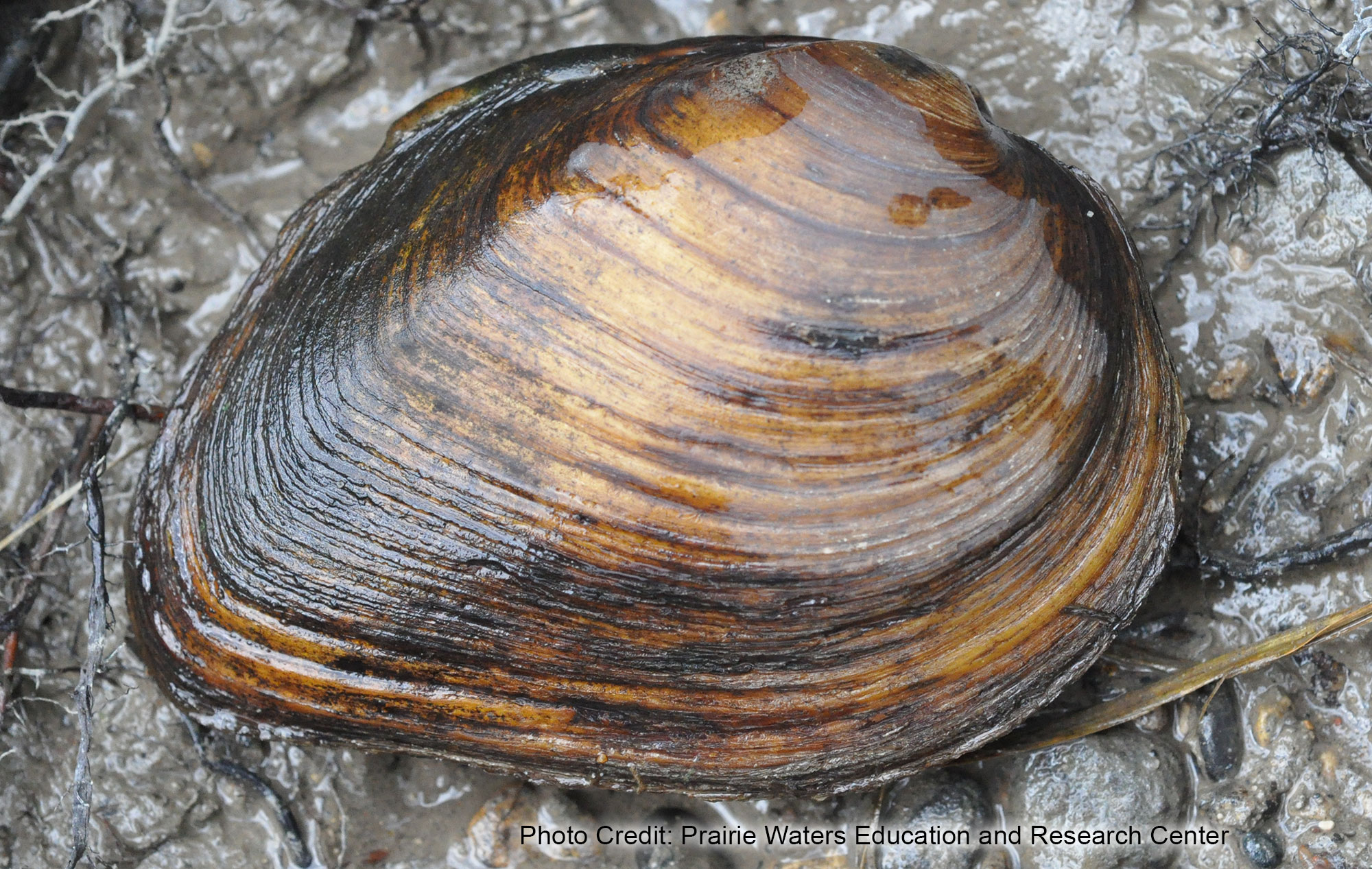 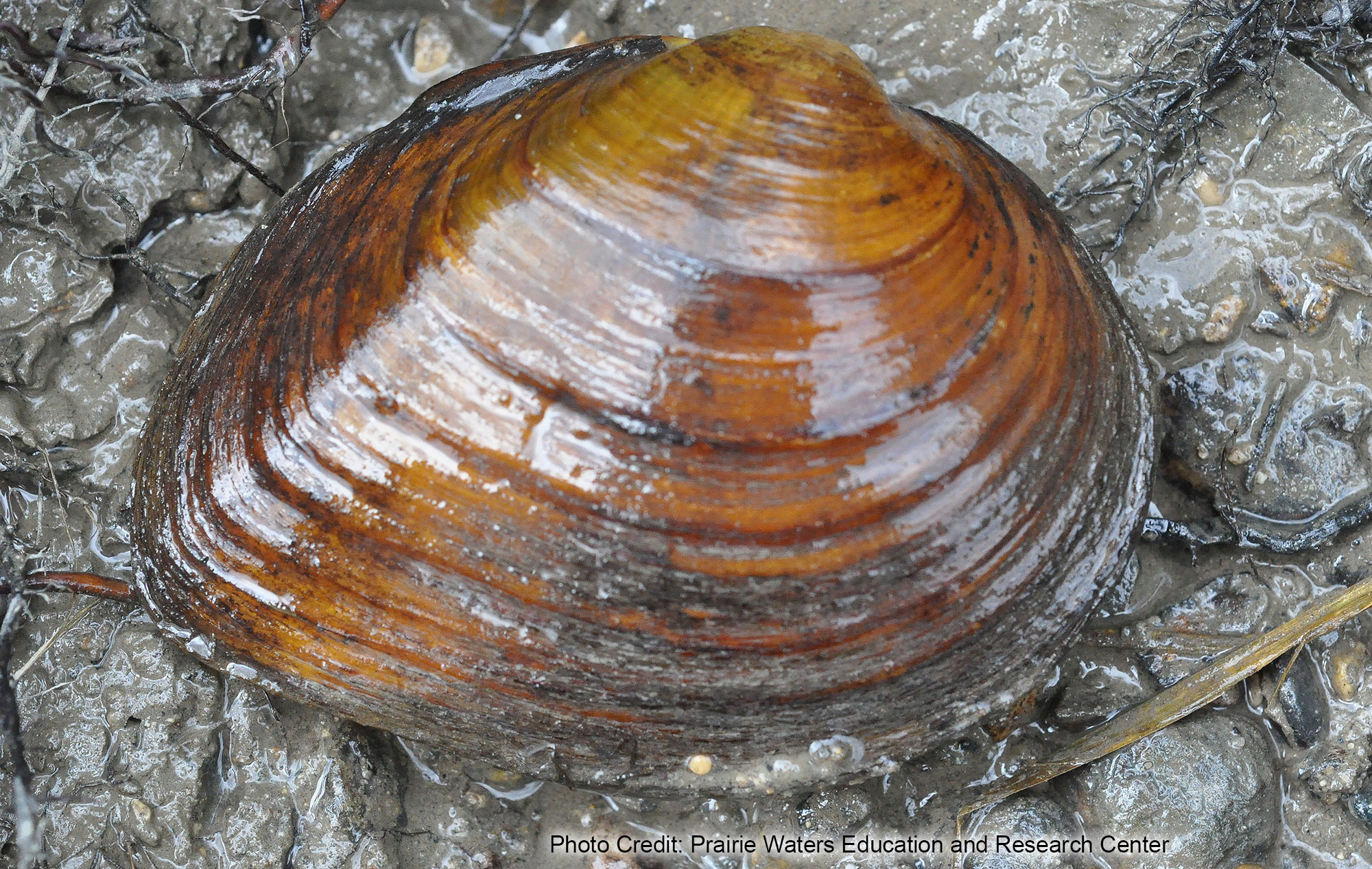 Key Areas and Conditions for Wabash Pigtoe in North Dakota

Found only in the Red and Sheyenne rivers. It is found in the highest concentrations in the section of the Sheyenne River in Ransom County.

Impoundment of the Red River and its tributaries have changed the flow regime and increased sediment deposits, making many areas in the river unsuitable to this species. Impoundments also block movement of host fish needed for reproduction and dispersal. Agricultural practices within the basin have reduced suitable habitat in the river. Runoff from treated fields into waterways decreases water quality. Ditches used to drain wetlands and fields contribute to run-off and sedimentation in the Red River and its tributaries.

The Wabash Pigtoe is considered a commercially valuable species. It is presently illegal to collect mussels for commercial use in North Dakota, but this practice may occur in parts of its range. This may contribute to an already declining population.

The release of water from Devils Lake changing the water chemistry of the Sheyenne River is a potential threat. 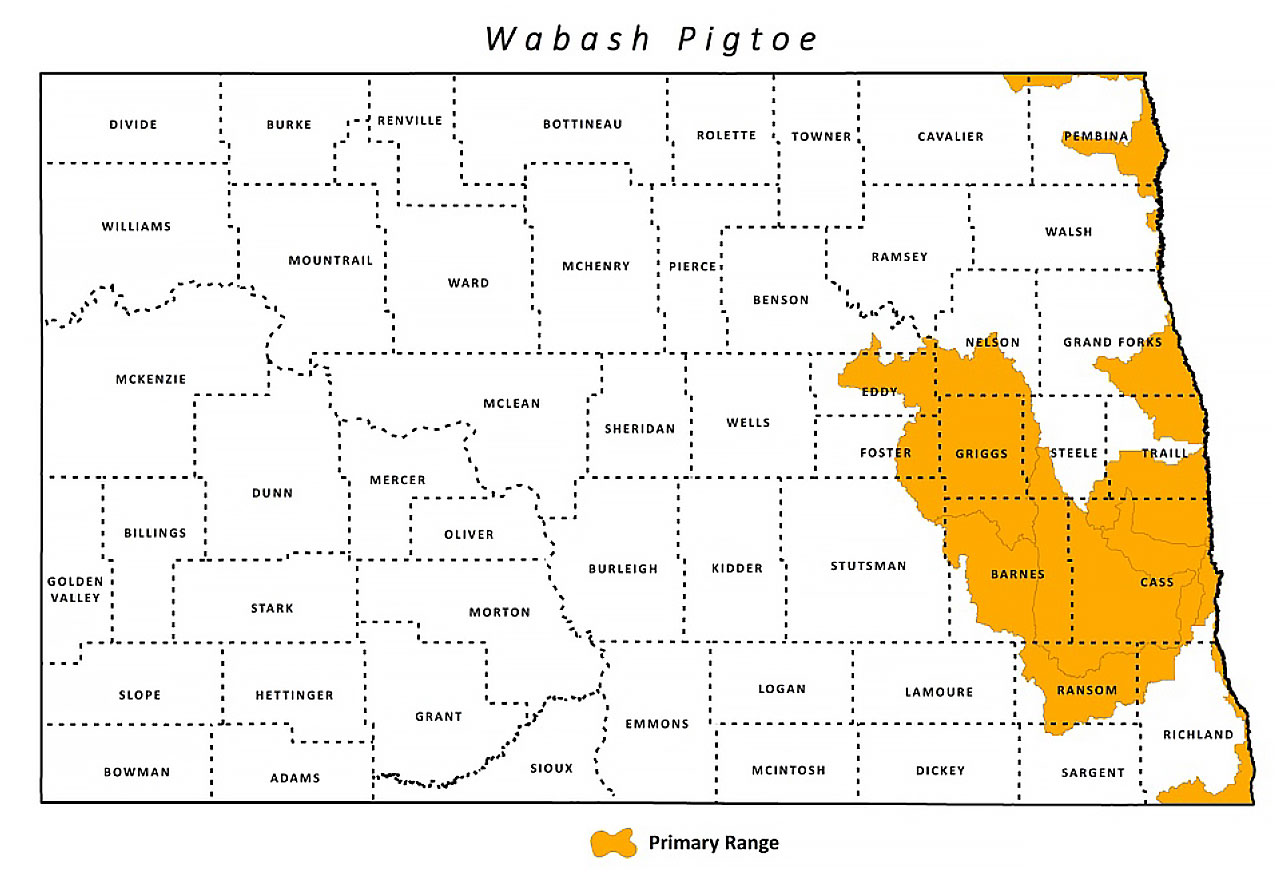