Key Areas and Conditions for Grasshopper Sparrow in North Dakota

No specific sites have been identified. Present statewide, but may be more abundant in the southern portion of the state.

Conversion of grassland to cropland, energy development and urban expansion. Degradation of grasslands from invasive plants, woody encroachment, succession, and loss of diversity. Grasshopper Sparrows respond positively to prescribe burns. The first year after a burn, densities are low but become most abundant 2-4 years post-fire. Lack of prescribed burns in grasslands could negatively affect this species. Deemed woodland-sensitive, occurrence declines with increasing tall shrub (>1m) cover. Increased woodland cover negatively affects this species, as maximum occurrence is in open, treeless grasslands. CRP has been very beneficial to the species, and loss of CRP would negatively affect the population.

Parasitism by brown-headed cowbirds may be higher than for other grassland birds. Nest depredation is the most important factor affecting nest success, followed by weather. Pesticide acute toxicity may be a potential contributor to declines of grassland birds. Mortality from collisions with communication towers. Grassland birds avoid habitat within 150 meters of roads and 350 meters of oilfield infrastructure, likely due to anthropogenic disturbance of heavy traffic and/or changes in habitat near oil development. 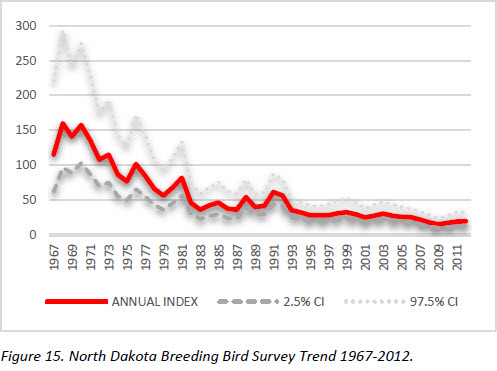 According to the Partners in Flight Landbird Conservation Plan, long-term population trend monitoring such as the Breeding Bird Survey is generally considered adequate, but may not account for some issues (e.g. bias). Ensuring all BBS routes are conducted annually is priority. Future monitoring proposals should follow recommendations North American Bird Conservation Initiative ‘Opportunities for Improving Avian Monitoring’ 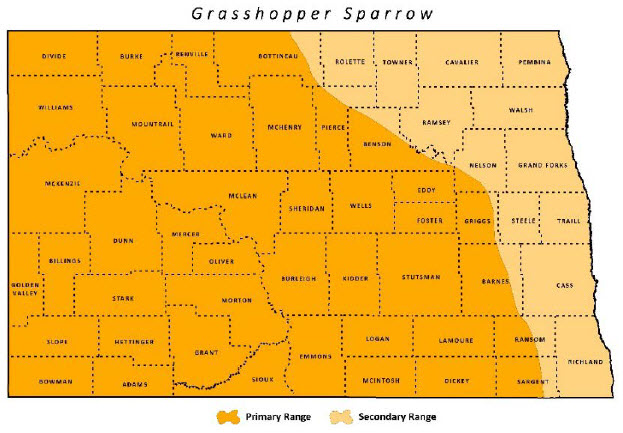