Nelson’s Sparrows in North Dakota use freshwater wetlands with dense, emergent vegetation or damp areas with dense grass. Also use fens, wet meadows, lake margins, emergent cattails, native prairie, idle fields, CRP and DNC. Cordgrass, squirreltail, whitetop, and phragmites are usually the most commonly associated plants. Nest on the ground or slightly above in shallow-marsh and deepmarsh zones of wetlands in dry years and the wet-meadow zone of wetlands in wet years. A rather deep, persistent litter level is preferred. Forage on the ground for insects and seeds.

Key Areas and Conditions for Nelson's Sparrow in North Dakota

Destruction and/or degradation of grasslands and wet meadows. Presence of sharp-tailed sparrows may be affected by the yearly moisture conditions. Annual grazing, mowing, and haying may negatively affect their presence, but periodic maintenance of grassland is needed to stimulate grass growth or prevent woody encroachment.

Recently a relatively high level of mercury level has been detected in Nelson’s Sparrows in North Dakota. Some mortality from collisions with communication towers. 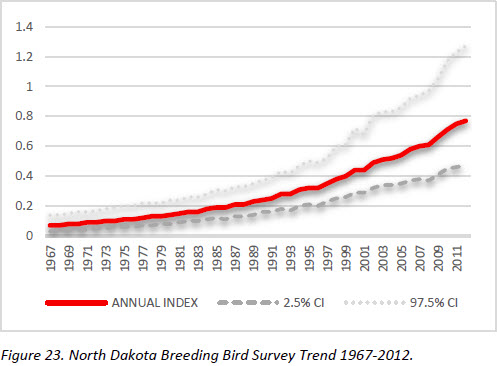 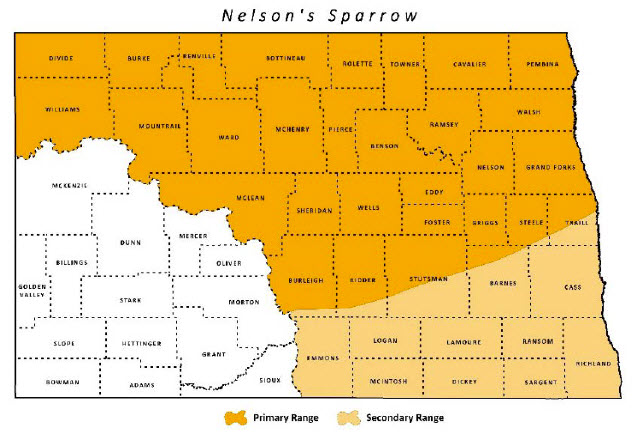