Sagebrush Lizards can be found in association with sagebrush, rocky areas near water, and adjacent areas of fine gravel, sandy, or rocky soil. Areas with boulders, forested slopes, and open flat land with rock crevices or mammal holes will also be used. Although somewhat docile, they will hide under rocks, twigs, or brush piles if alarmed and may occasionally climb trees or bushes. Feed on a variety of insects, spiders, ticks, mites, and aphids.

Key Areas and Conditions for Sagebrush Lizard in North Dakota

Known populations occur in the north unit of Theodore Roosevelt National Park and the badlands near Medora and southward.

Destruction and/or degradation of sagebrush habitat.

It is unknown what effect pesticides, development, and other disturbance has on populations of Sagebrush Lizards.

Future efforts could include visual encounter surveys as the most productive method for determining presence.

Currently no monitoring is taking place. Possible monitoring options could include school classes/programs including universities, the general public through the NDGFD incidental reporting system, or national monitoring initiatives such as PARC. Monitoring should be directed at a number of herptile species.

The Sagebrush Lizard maintains a level III Species of Conservation Priority. More information is needed to understand the status of this species in North Dakota. Work toward a monitoring plan is needed. 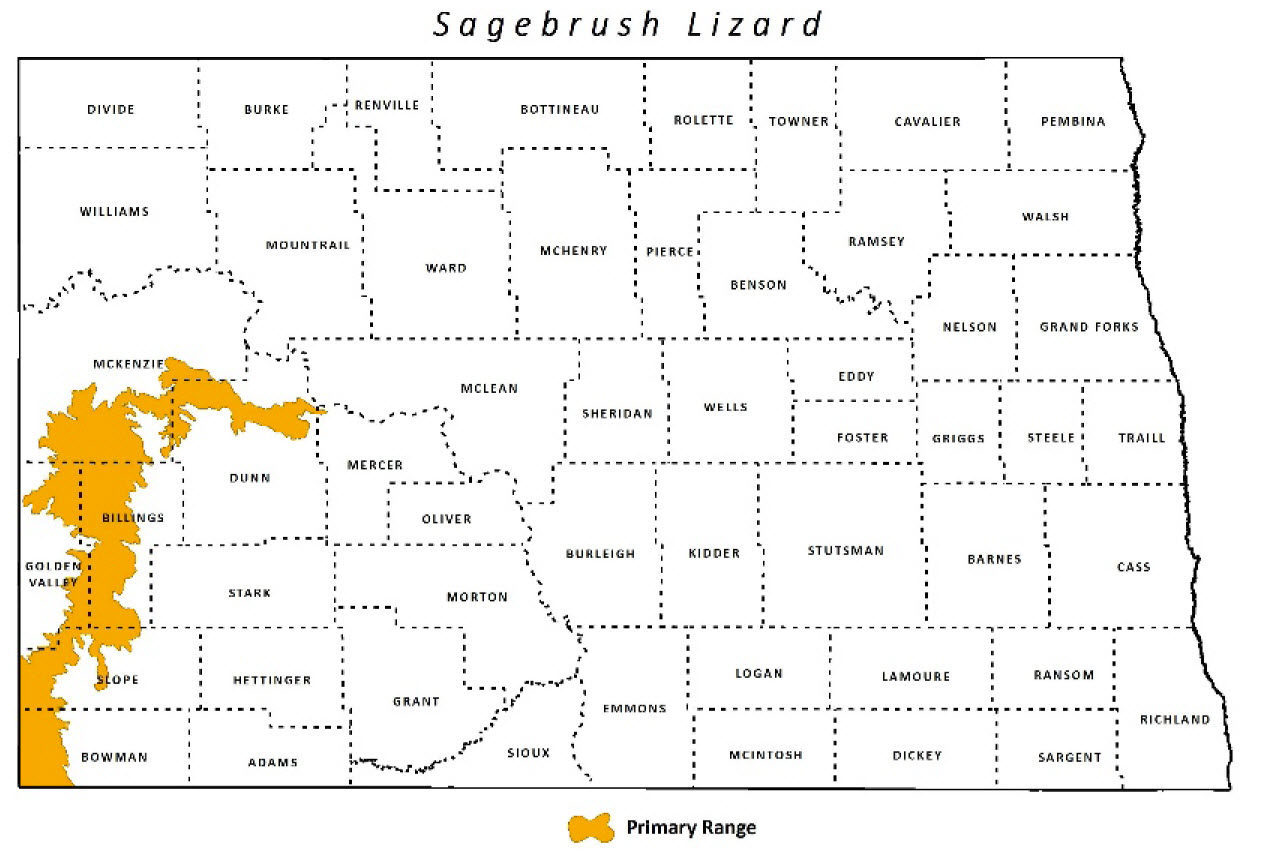