Smooth Green Snakes are found in grazed or ungrazed grassland, particularly the uplands of hills where grass is shorter. Moist meadows, native prairies, and occasionally woodland clearings are also used. It is rarely seen, other than in very short grass or perhaps crossing a road. Smooth Green Snakes hibernate in burrows, rock crevices, road embankments, and ant mounds. They are entirely insectivorous, feeding on grasshoppers, crickets and caterpillars.

Destruction and/or degradation of grassland habitat.

It is unknown what effect pesticides, development, and other disturbance has on populations of Short-horned Lizards.

Future recommended survey methods would include trapping for this species.

general public through the NDGFD incidental reporting system, or national monitoring initiatives such as PARC. Monitoring should be directed at several species.

The Smooth Green Snake maintains a level I Species of Conservation Priority. More information is needed to understand the status of this species in North Dakota. Work toward a monitoring plan is needed. 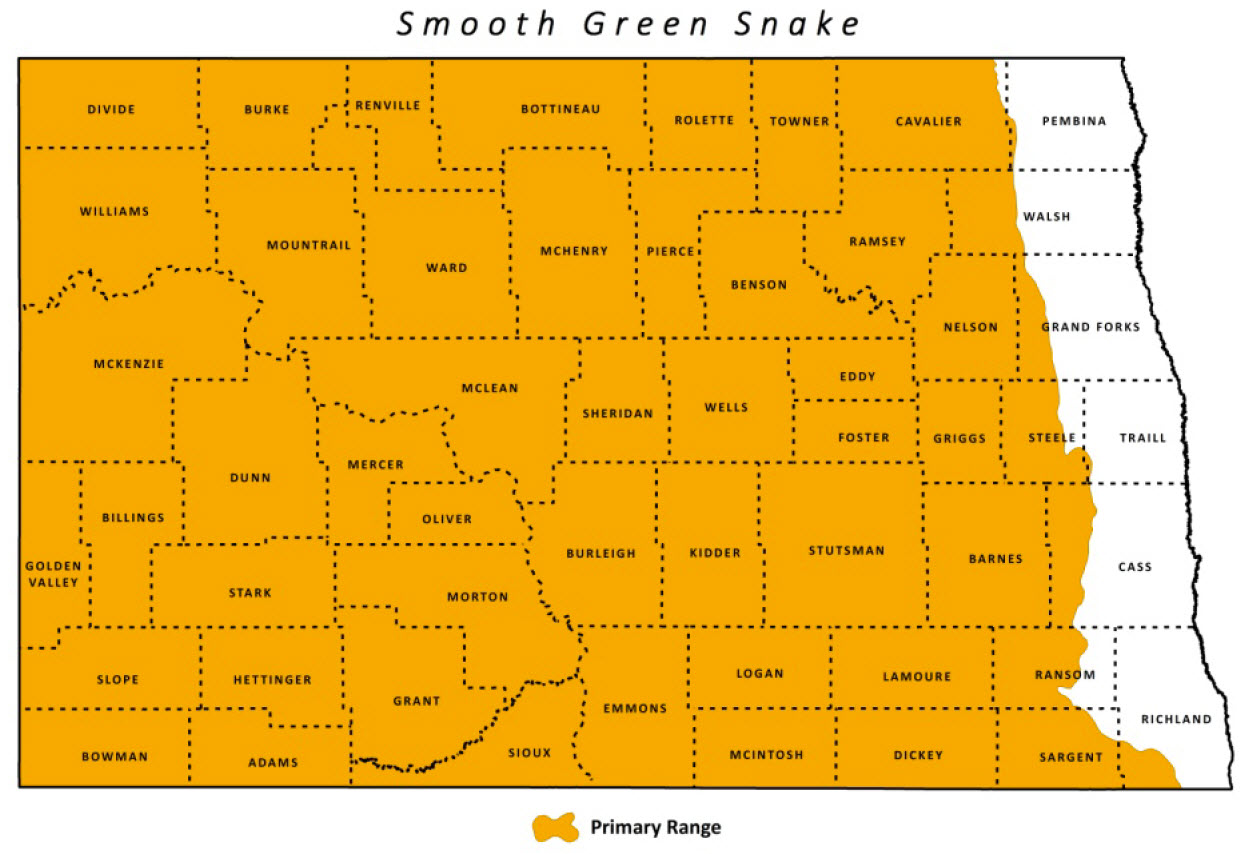