Snapping Turtles can be found in slow-moving rivers and streams carrying a high sediment load, or large permanent or semi-permanent bodies of water with a muddy bottom and warm water. Often reside in the margins of ponds, buried in the mud with only eyes exposed. Feed on invertebrates, carrion, aquatic plants, fish, amphibians, other turtles, small mammals, or baby birds.

Key Areas and Conditions for Snapping Turtle in North Dakota

Snapping Turtles are found statewide. Recent work indicates that they prefer water bodies that are flowing or have access to flowing water.

The loss or lack of aquatic vegetation, stumps, logs, and other debris could affect this species.

There currently is no monitoring protocol in place.

The Snapping Turtle maintains its Level iI Species of Conservation Priority ranking. The University of Idaho conducted statewide surveys as well as collected important life history information. (T-29-R Population and Status Assessment Strategies Applied to a Management Plan for the Snapping Turtle Chelydra serpentina in North Dakota). A number of management recommendations from this study will direct future work on this species. 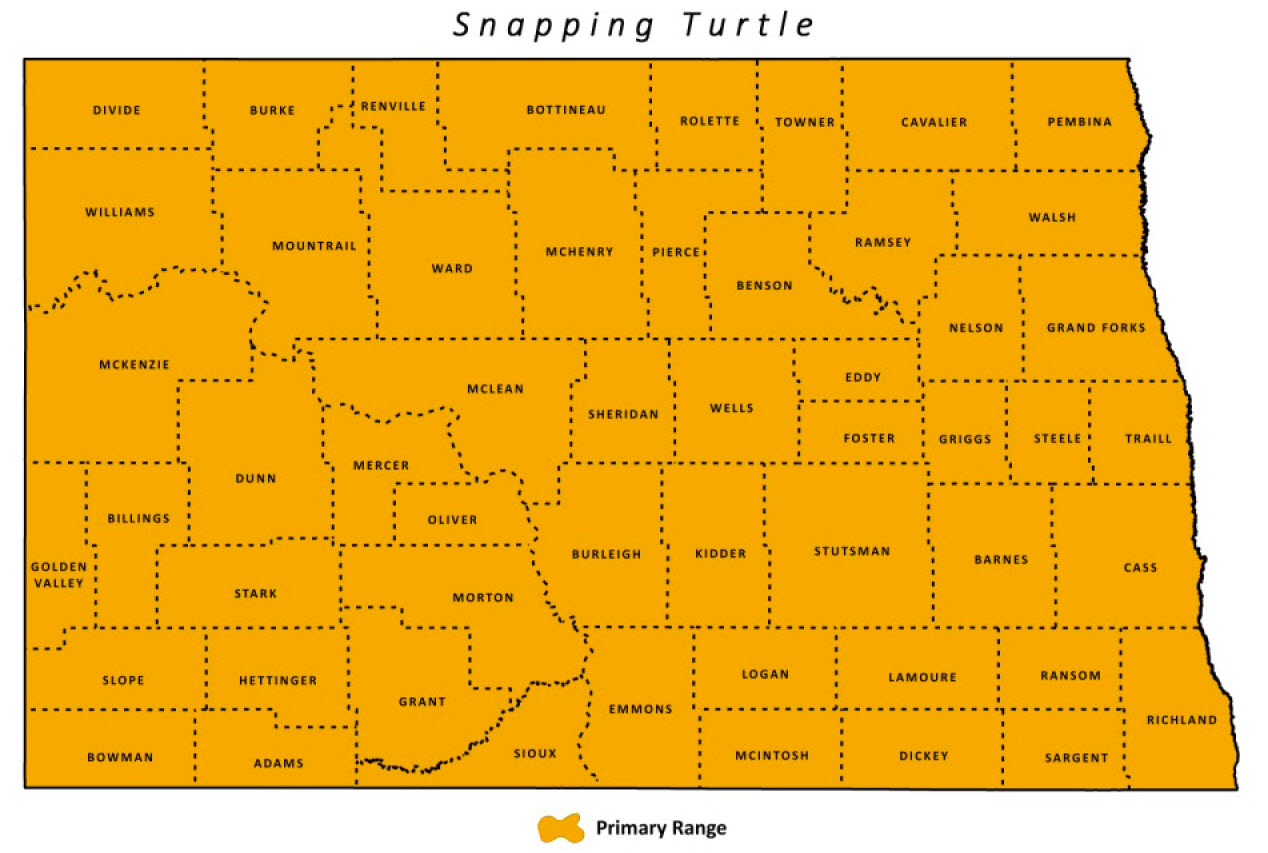