Softshells prefer permanent streams or creeks with a sandy or muddy bottom and sandy beaches. They may burrow into the sand under shallow water for a long period of time. Frequently bask on river banks and logs, but flee quickly if disturbed. Females do not mature until around 9 years of age, when they lay one to three clutches of 4- 33 hard-shelled eggs on sandbars. Feed primarily on crayfish, small invertebrates, frogs, and small fish.

Key Areas and Conditions for Spiny Softshell in North Dakota

Spiny Softshell turtles have been documented in the tributaries of the Missouri River below Garrison Dam and the head waters of Lake Oahe.

Habitat alteration from the impoundment of the Missouri River has affected the distribution of this species. Availability and quality or the alteration/destruction of sandbars in the lower Missouri River stretch could affect nesting

Currently no monitoring is taking place. Possible monitoring options could include school classes/programs including universities, the general public through the NDGFD incidental reporting system, or national monitoring initiatives such as PARC. Monitoring should be directed at all turtle species.

The spiney softshell turtle was added to the Species of Conservation Priority list with a level III ranking. Turtle surveys of the Missouri river from 2007 to 2009 provided the first confirmed sightings of this species. Little is known of this species life history details in the state, so more investigation is needed. 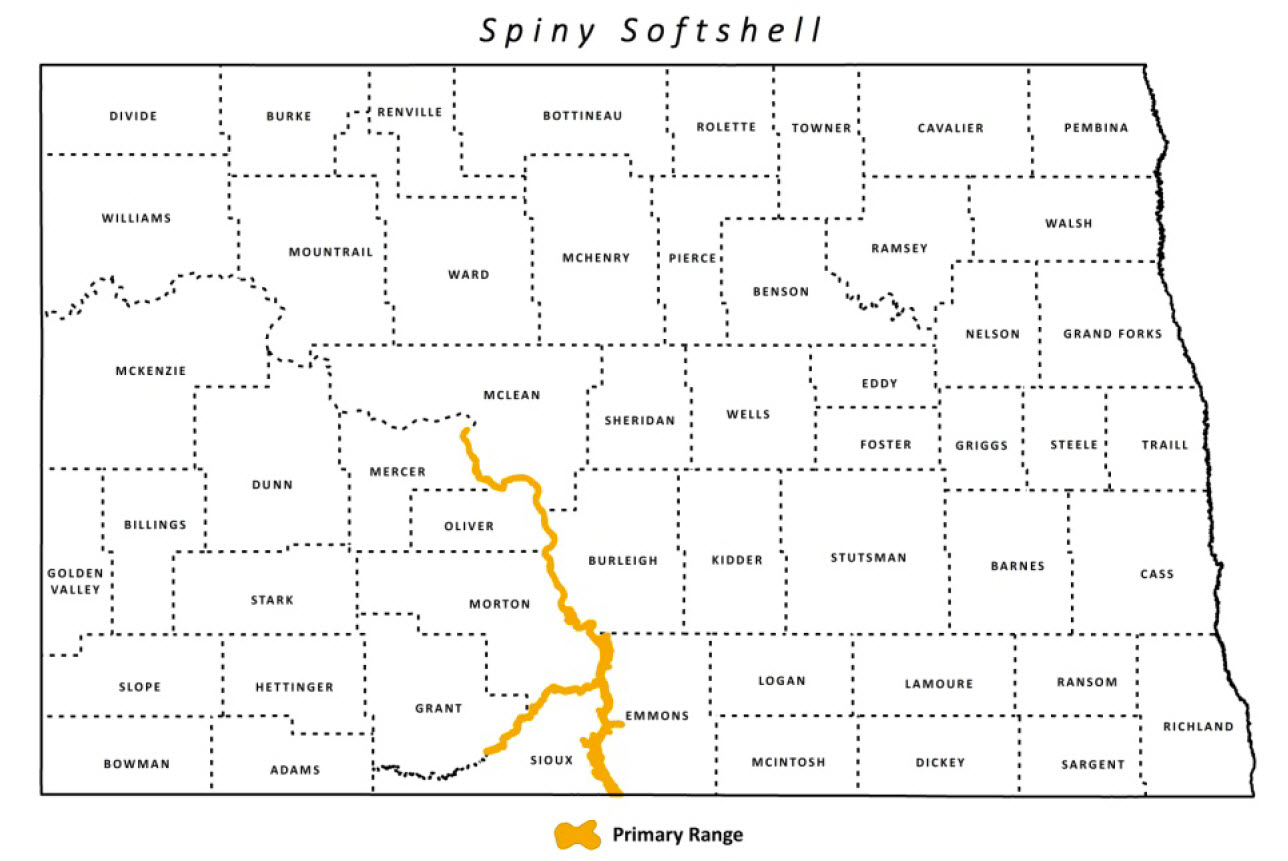