Key Areas and Conditions for Poweshiek Skipperling in North Dakota

The Poweshiek Skipperling is considered extirpated within North Dakota. Three sites have been proposed as critical habitat by the USFWS in Sargent and Richland counties.

The loss of native prairie is the primary cause for this species decline. Poweshiek Skipperling are also absent from native grasslands that are intensely grazed or often burned. Lack of management to suitable sites which allows encroachment of invasive species is also a problem. This species does not have the ability to move great distance so suitable sites may be absent of Dakota Skipper from lack of immigration from other populations.

The use of herbicide for weed control at certain times of the year in native prairie tracts may be a detriment by reducing nectar sources for the butterfly. Insecticide use near populations may also a factor.

The North Dakota Game and Fish Department currently does not have a monitoring protocol for this species. Currently the Dakota Skipper is not known to occur on NDGFD managed lands. Should they be found, development of a protocol to monitor NDGFD managed lands would be necessary.

The Poweshiek Skipperling was added as a Level II Species of Conservation Priority during the 2015 Wildlife Action Plan revision. A new SWG proposed with the University of North Dakota will look to develop a model to predict habitat suitable for this and other prairie obligate butterflies. 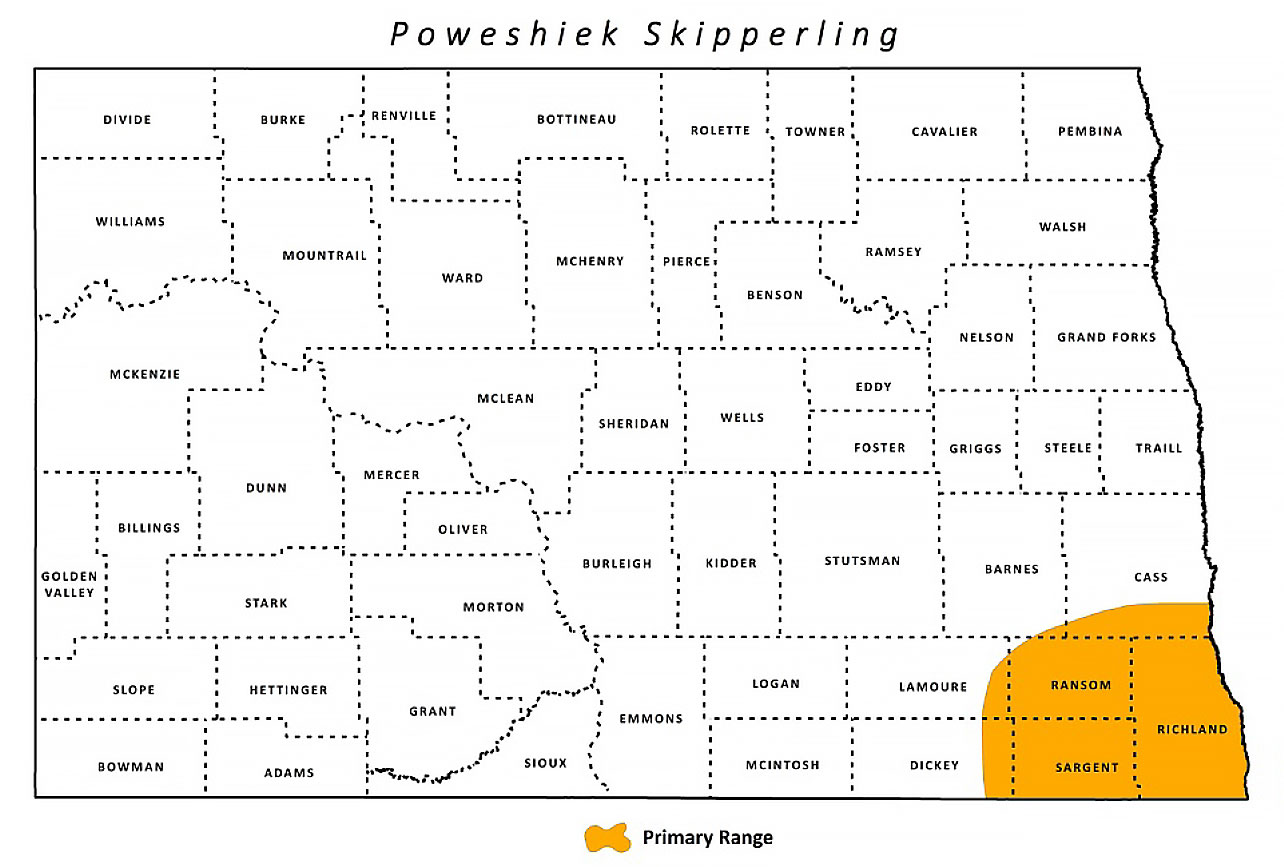 For more information about the poweshiek skipperling see the USFWS website.