In the Red River drainage the Northern Redbelly Dace has been historically documented in the Rush, Green, Goose, Tongue, and Park rivers, and spring-fed pools in the Sheyenne River. A specific area of note is the stretch of Sheyenne River that runs through the Sheyenne National Grasslands and Mirror Pool Wildlife Management Area. This stretch has the only recent documentation in the Red River drainage. Populations have been historically found in the Missouri River drainage, specifically Brush, Apple, Beaver, and Antelope creeks, and the Cannonball, Knife, Heart, and Little Missouri Rivers. Recent surveys appear to show a decline in that distribution.

Degradation of quality habitat is recognized as the leading cause for decline in this species; specifically, loss of riparian habitat along waterways caused by current land use practices.

The addition of dams to this species habitat has changed the flow regime and fragmented populations.

No monitoring plan has been identified for this species. The North Dakota Department of Health conducts Index of Biotic Integrity (IBI) surveys for all of North Dakota’s watersheds. This will document all species encountered.

The Northern Redbelly Dace maintains its Level II Species of Conservation Priority. The most recent survey of stream fish seem to point to a reduction of range for this species. Sites within their range need to be revisited to evaluate their status in the state. 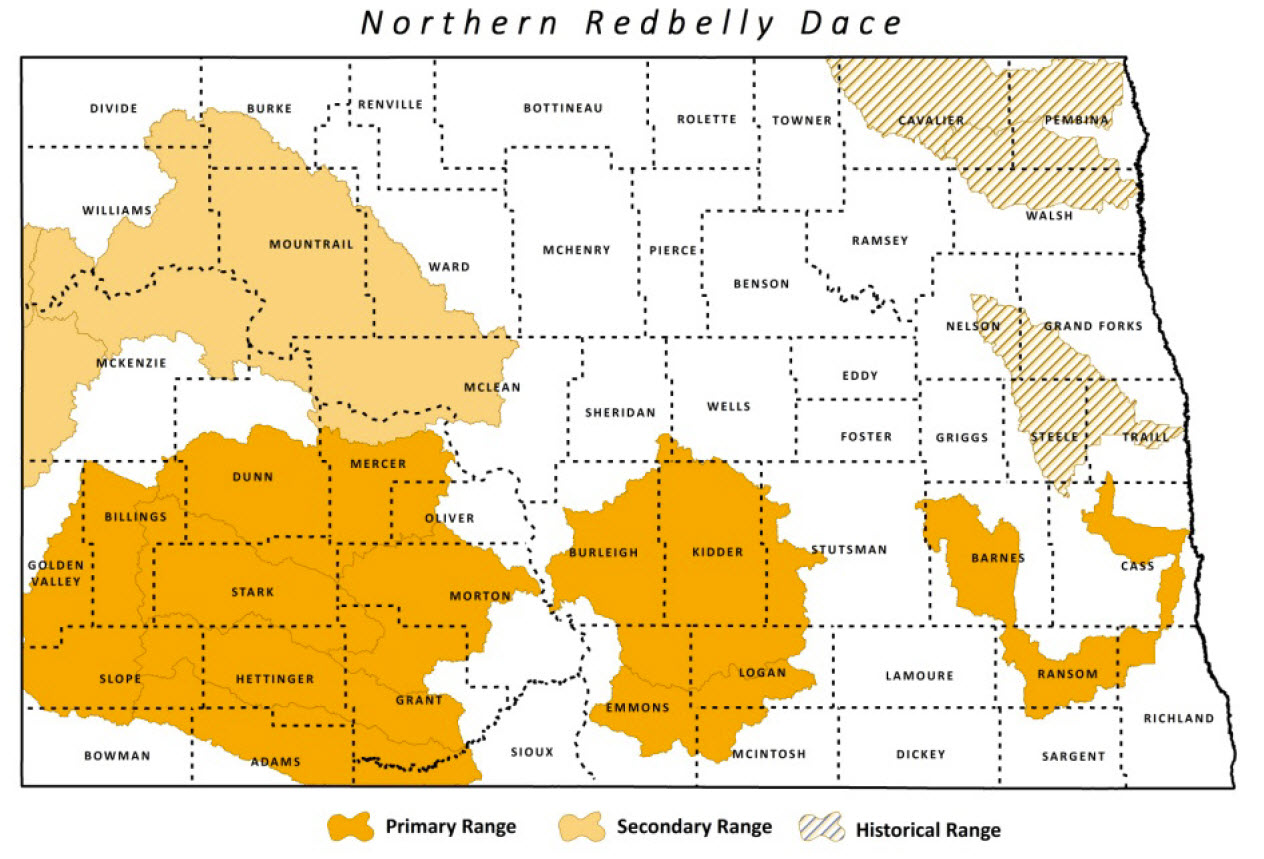