In summer months, slack water areas of a river are a preferred habitat for Paddlefish. If this is not available, areas of low flow are sought such as behind sandbars, wing dams, or other structures. In winter Paddlefish move into the deeper water of Lake Sakakawea. Paddlefish spawn in the spring and lay their eggs over silt-free gravel beds.

Key Areas and Conditions for Paddlefish in North Dakota

The two most important areas for Paddlefish in North Dakota are the Missouri River from upper Lake Sakakawea to the Montana border, and the Yellowstone River. These two river stretches are used by the Paddlefish as migration routes to their spawning areas.

Impoundments along the Missouri River System have changed the flow regime of the river and cover needed for spawning habitat. Slower flows have allowed silt to cover important gravel beds, making them unusable by spawning fish. As a result, reproduction only occurs in the wild when conditions are favorable in the Yellowstone River. Dams have also impeded the movement of fish throughout the system, separating populations. This brings up concerns about genetic integrity.

Over-harvest for the fishes’ valuable roe is a concern for this species. The North Dakota Game and Fish Department regulates a controlled harvest for Paddlefish as a sport fish. Water withdrawal or diversion for irrigation from the Yellowstone River is a growing concern.

Currently populations within the Missouri River system are being monitored by use of information obtained from harvested fish and tagging studies. Age, growth rates, and sexual structure of the population are being documented.

The Paddlefish maintains its Level II Species of Conservation Priority. This species is highly regulated as a game fish by the North Dakota Game and Fish Department’s fisheries division. 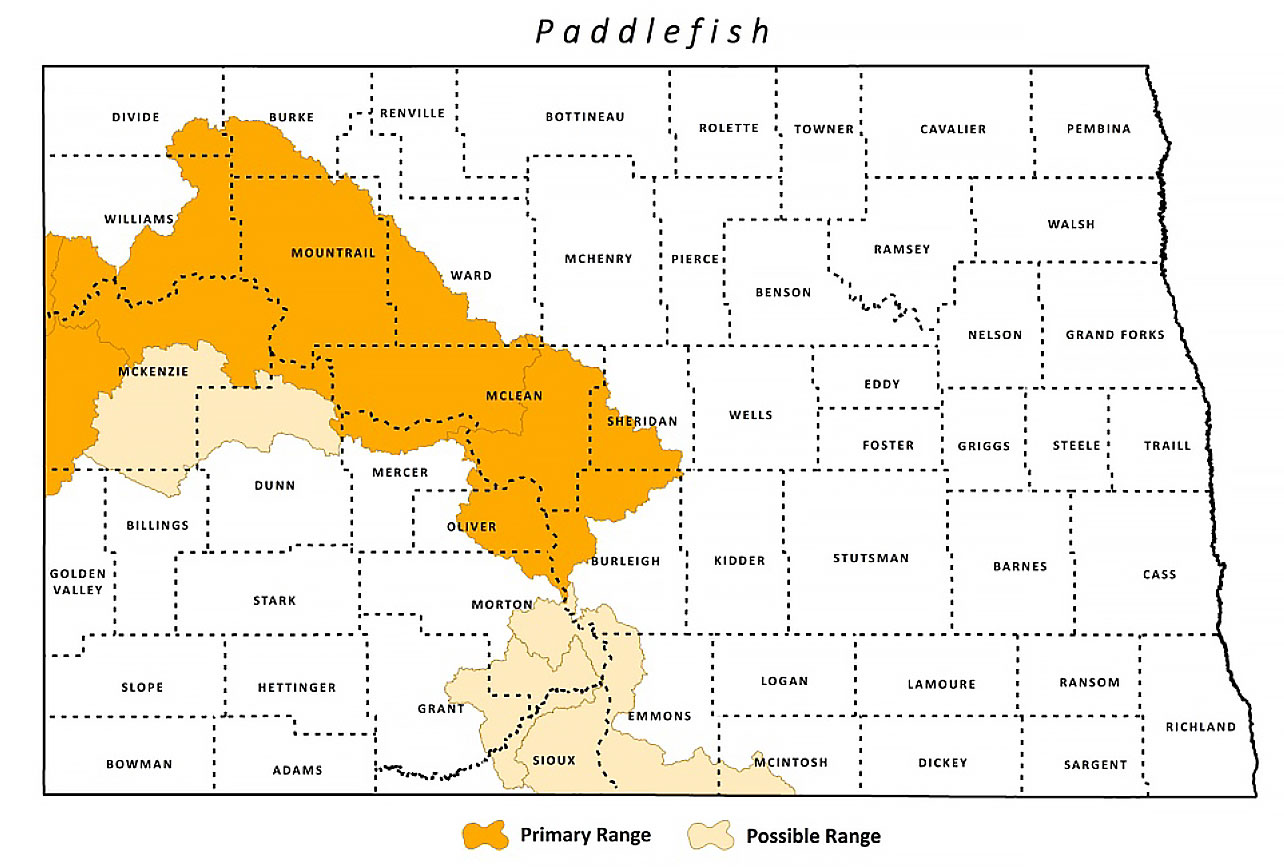