Pallid Sturgeon are well adapted for life on the bottom of a fast flowing, turbid river. Generally found in stretches of river with 40 to 90 cubic feet per second velocity. Areas at the end of chutes or sandbars are commonly used, most likely for energy conservation and feeding. The range of depths used varies seasonally, with most fish being found shallow in the spring and deeper in the fall.

Key Areas and Conditions for Pallid Sturgeon in North Dakota

Pallid Sturgeons are most commonly found in the upper Missouri River upstream of Lake Sakakawea, and in the Yellowstone River near the confluence of the two rivers.

Destruction and alteration of habitats by human modification of the river system is likely the primary cause of declines in reproduction, growth, and survival of Pallid Sturgeon (USFWS 1993). Much of the species’ habitat was destroyed when a number of large dams were constructed on the Missouri River, producing a number of large reservoirs. These structures changed the velocity, volume and timing of flows in the river from pre-impoundment. In the system much of the remaining river has been channelized. This has changed the velocity, reduced the width of the river, and prevented water flow into backwater areas important to this species (USFWS 1993).

The ACOE manages water releases from impoundments in the Missouri River System. Flows are generally reduced in the spring and then increased later in the summer. This is the opposite of preimpoundment when high flows were common in spring and then decreased throughout the year. This has impacted reproduction, larval fish rearing, and food supplies (USFWS 1993).

No additional research and survey efforts have been identified.

USFWS, USGS, and Montana FWP conduct population surveys of the Pallid Sturgeon in the Yellowstone River and Williston reach of the Missouri River.

The Pallid Sturgeon maintains its Level II Species of Conservation Priority. Much is known about the status of this species within the state. As part of a recovery plan pallids are captive bred to be released in to the Missouri River system. Known individuals are tracked throughout the year. 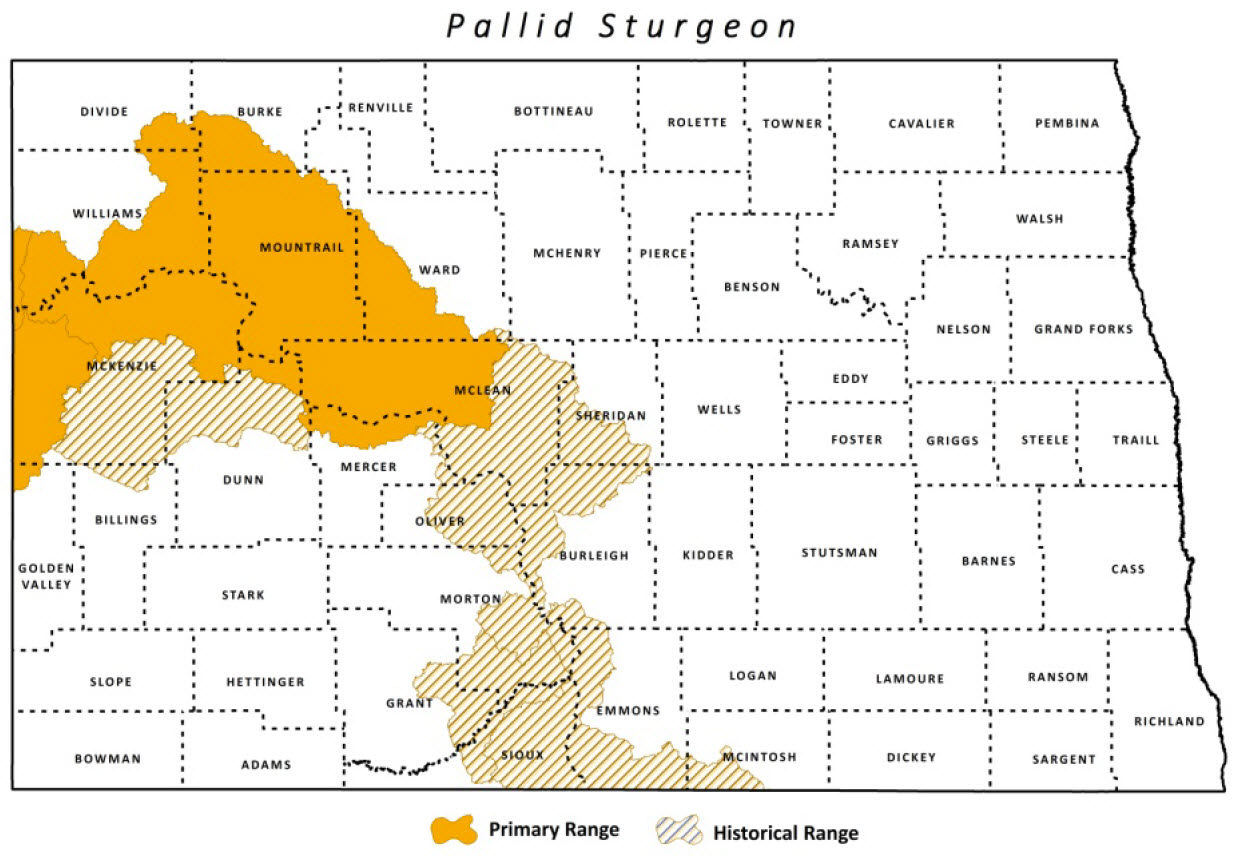