Key Areas and Conditions for Burrowing Owl in North Dakota

Destruction and/or degradation of native prairie. Removal of prairie dogs from colonies causes a deterioration of burrows and denser, taller vegetation. Burrowing Owls may discontinue use of abandoned towns due to the unsuitable habitat. Habitat fragmentation may also allow predators to more easily find nests and mortality is highest during the post fledgling period.

Burrowing Owls use shredded horse or cow manure to line nests. If this is not available, nest success has shown to be lower due to depredation of nests. The number of nonresidents coming to North Dakota to shoot prairie dogs is increasing, however, there is no data to suggest shooting has a significant impact on prairie dog populations or that a substantial number of Burrowing Owls are mistakenly or even deliberately being shot. The effects of pesticide use on prairie dog towns and the subsequent effect on owls is unclear, but believed to have negative impacts. 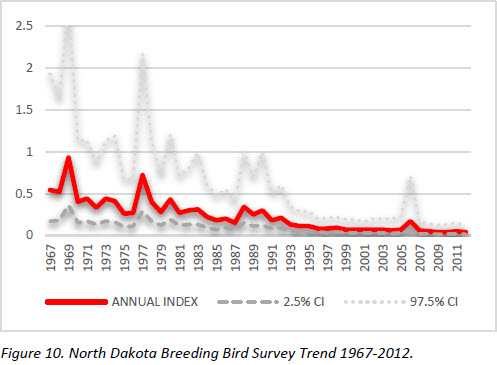 According to the Partners in Flight Landbird Conservation Plan, long-term population trend monitoring such as the Breeding Bird Survey is generally considered adequate, but may not account for some issues (e.g. bias). However, few BBS routes intersect with Burrowing Owl habitat. The NDGF will continue to maintain a list of known Burrowing Owl nest sites.

The Burrowing Owl remains a Level II Species of Conservation Priority. A nest site spatial database has been developed and is being used to minimize impacts to nesting owls. 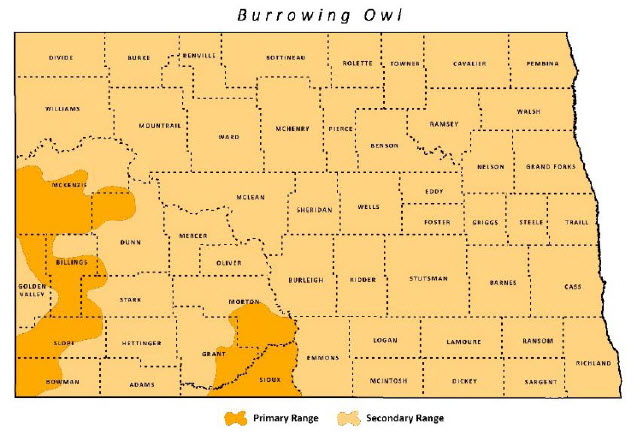