Found in counties along the Canadian border and extending down into the eastern third of the state. Absent south and west of the Missouri River. A boreal forest species in the northern latitude it is associated with grass-sedge marshes and wet meadows in North Dakota. This species is associated with mesic habitats in other parts of its range.

Key Areas and Conditions for Arctic Shrew in North Dakota

No specific areas have been identified. The eastern half of the state does offer the most potential habitat for this species. Also the Turtle Mountains and the Pembina Gorge have habitat similar to the types of lands that this species inhabits in the northern reaches of its range.

The draining of wetlands would pose the largest threat to the types of habitat preferred by the Arctic Shrew. The loss of surrounding vegetation and associated uplands to conversion would also impact this species.

The use of pesticides on agricultural land in is a threat due to the impact on the shrew’s food base.

Develop a protocol to monitor small mammals within the state on a long-term basis.

No monitoring plan has yet been developed for small mammals within the state.

The Arctic Shrew is maintained as a Level III Species of Conservation Priority. No specific SWG’s have been directed as this species although it has been documented as a part of other studies. Implementing a monitoring protocol for small mammals will provide more information in the future. 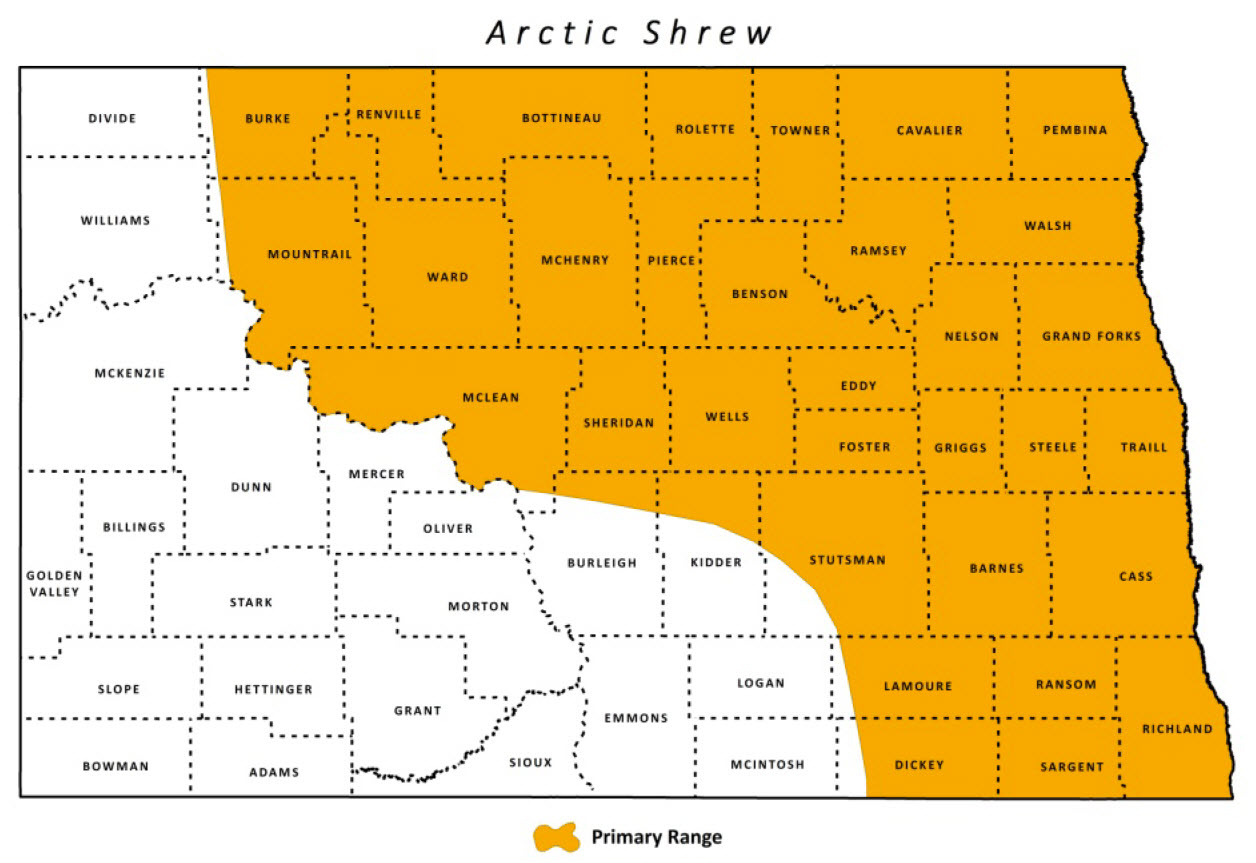