No key areas have been identified for this species. Species has been documented in Morton, Grant, Sioux, Hettinger, Adams, Bowman, and Slope Counties.

Conversion of native and tame grass tracts from grazing and hay land to crop land is the greatest threat for this rodent. This action reduces food sources and removes critical cover for nesting and protection.

Disease may be factor for this species.

No monitoring plan has yet been developed.

The Hispid Pocket Mouse maintains a Level III on the Species of Conservation Priority list. A better understanding of this species historic distribution has been developed, but information on life history is still lacking. A Fringe Mammal Surveys (SWG T-39-R ) will gather data on the Hispid Pocket Mouse. 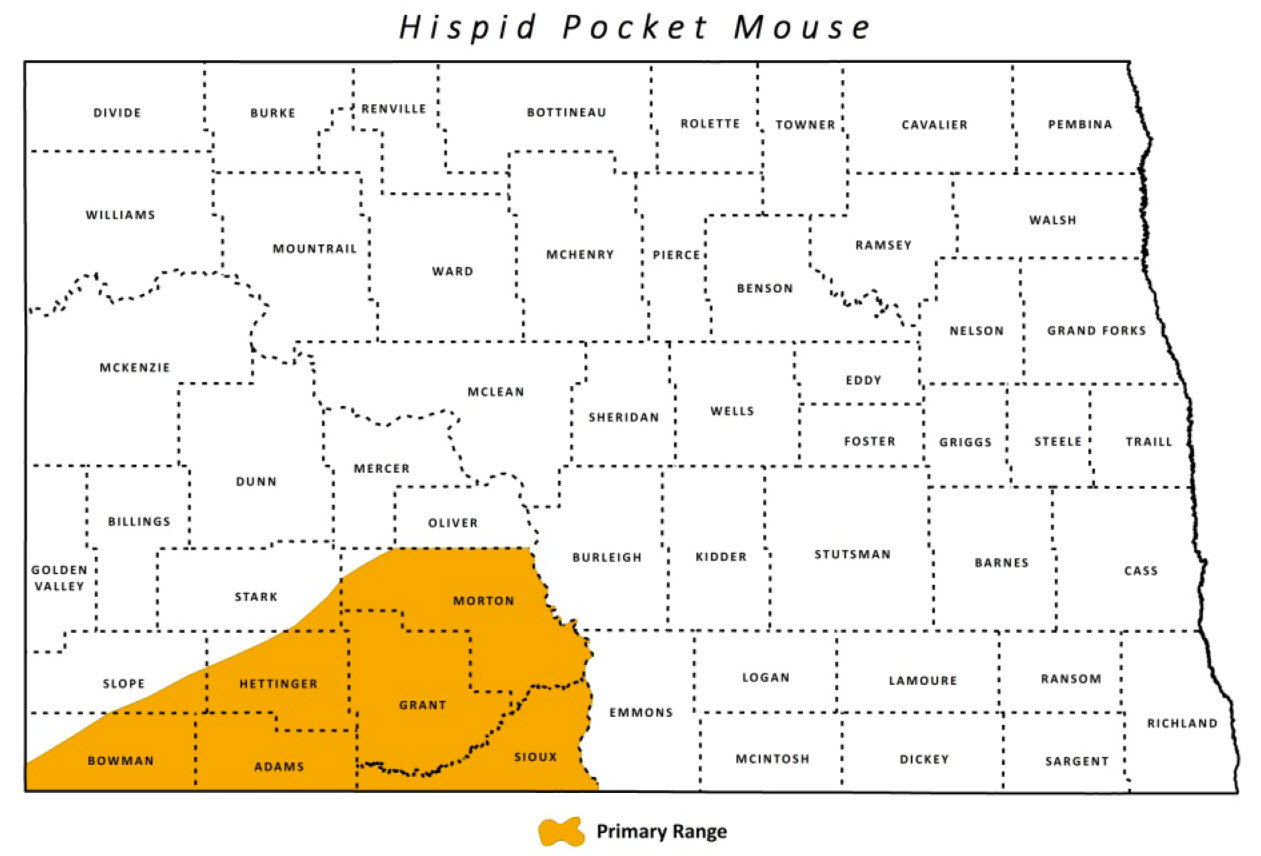