Key Areas and Conditions for Merriam's Shrew in North Dakota

Merriam’s Shrews have been documented in Billings and McKenzie counties in the state. Recent records have come from Black-tailed Prairie Dog colonies. This may show a potential preference for this species. Also literature shows an association with sage-brush vole populations although it has not been documented in North Dakota.

Loss and fragmentation of habitat due to energy development. Over-grazing of mixed grass and sage-steppe habitat.

The Merriam’s Shrew was added as a Level III Species of Conservation Priority in the 2015 revision of the Wildlife Action Plan. Individuals documented in the recent Black-tailed Prairie Dog survey (SWG T-32-R) were only 2nd and 3rd recorded for the state. SWG T39-R Survey of “Fringe Mammals” will investigate this species status in the state further. 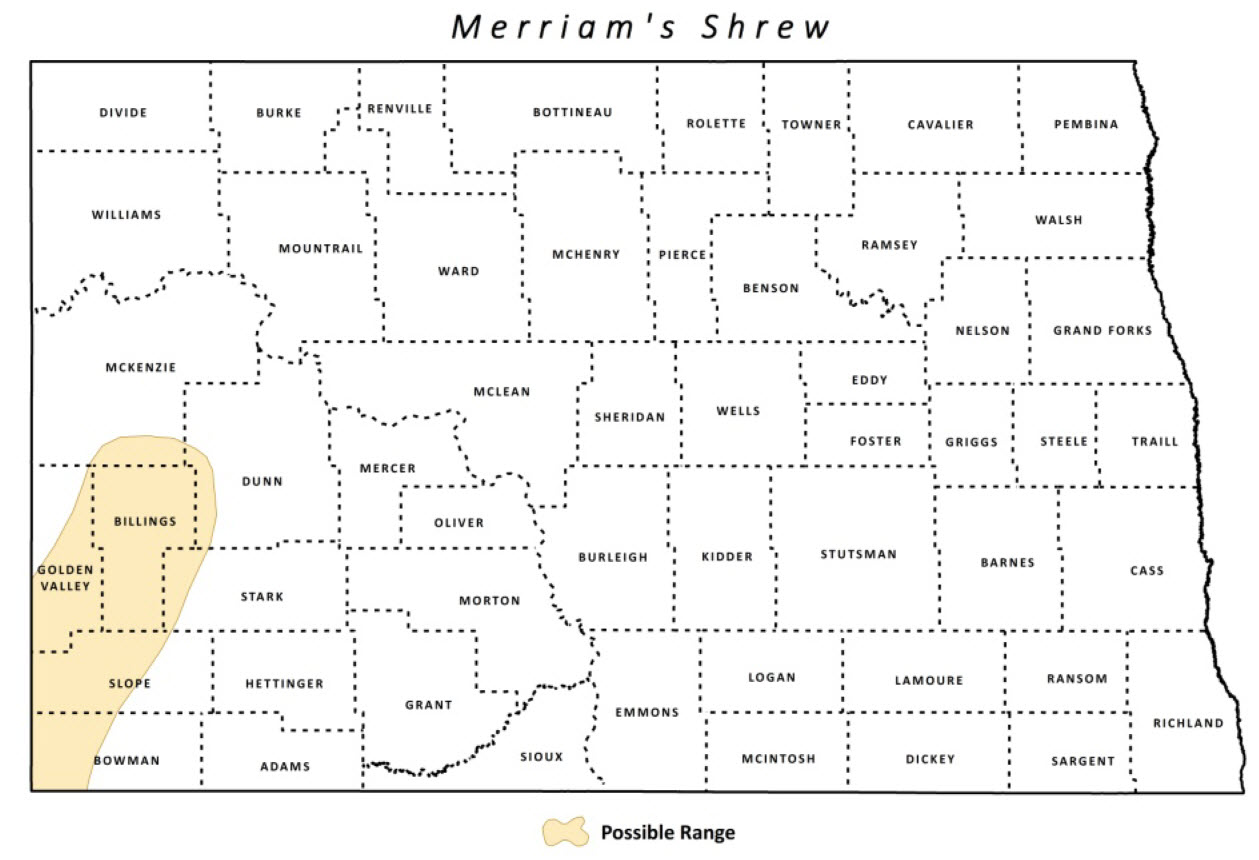