Found in prairie tracts with sand dunes or stabilized sandy soils. Plains pocket mice dig their burrows in loose soils under vegetation. Burrows consist of one tunnel with expanded areas to store seeds. May also be found feeding in grain fields.

Herbicide and pesticide use on agricultural land may be a threat to this species.

The Plains Pocket Mouse maintains a Level III on the Species of Conservation Priority list. A better understanding of this species historic distribution has been developed, but information on life history is still lacking. 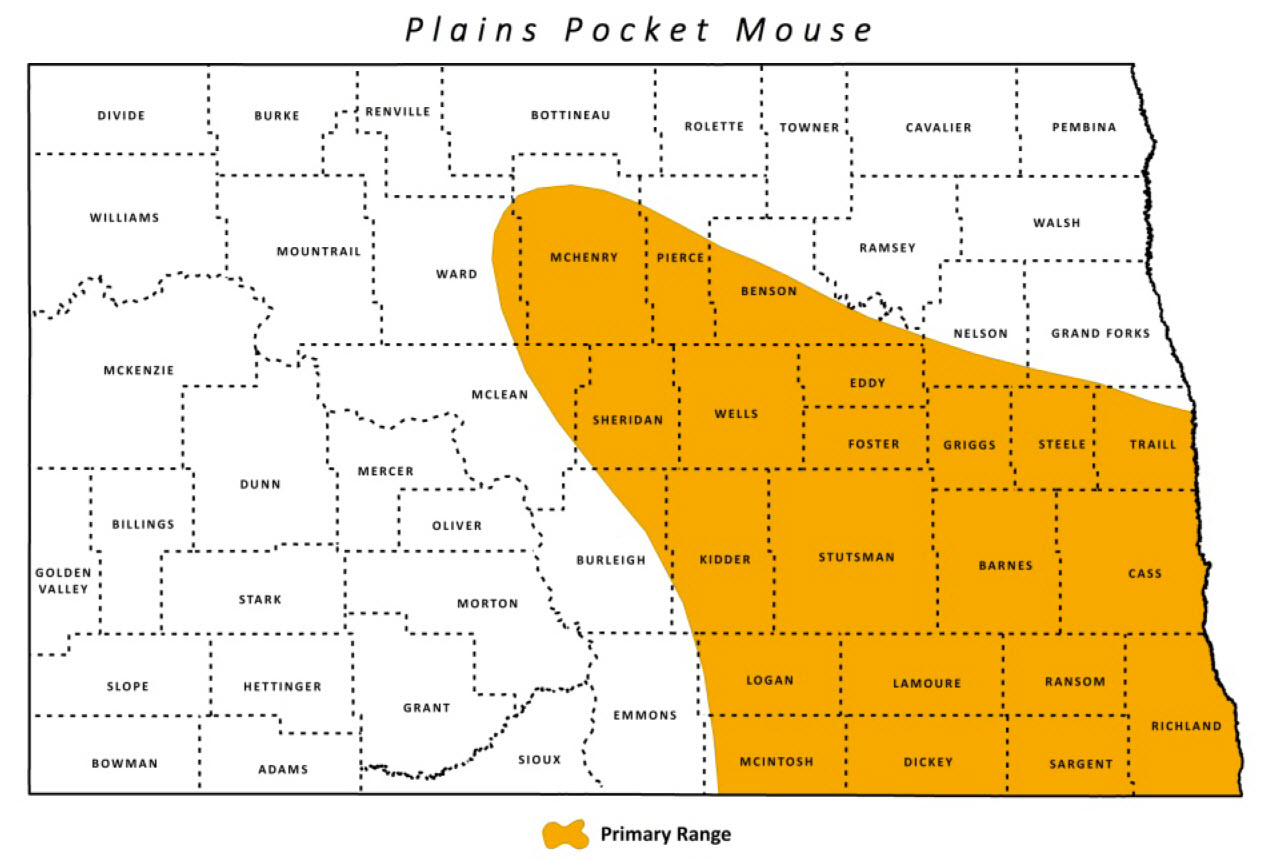