Poisoning of Black-tailed Prairie Dog colonies has resulted in loss of population. Poisoning is legal on private land in North Dakota. Many types of poisons are used, but zinc phosphide and Rosal are the most common.

The North Dakota Game and Fish Department will work towards implementing a new survey technique using NAIP imagery. This methodology will be used by all 13 states in the range of the Black-tailed Prairie Dog. This standardization will allow for better data for range wide assessments of population. 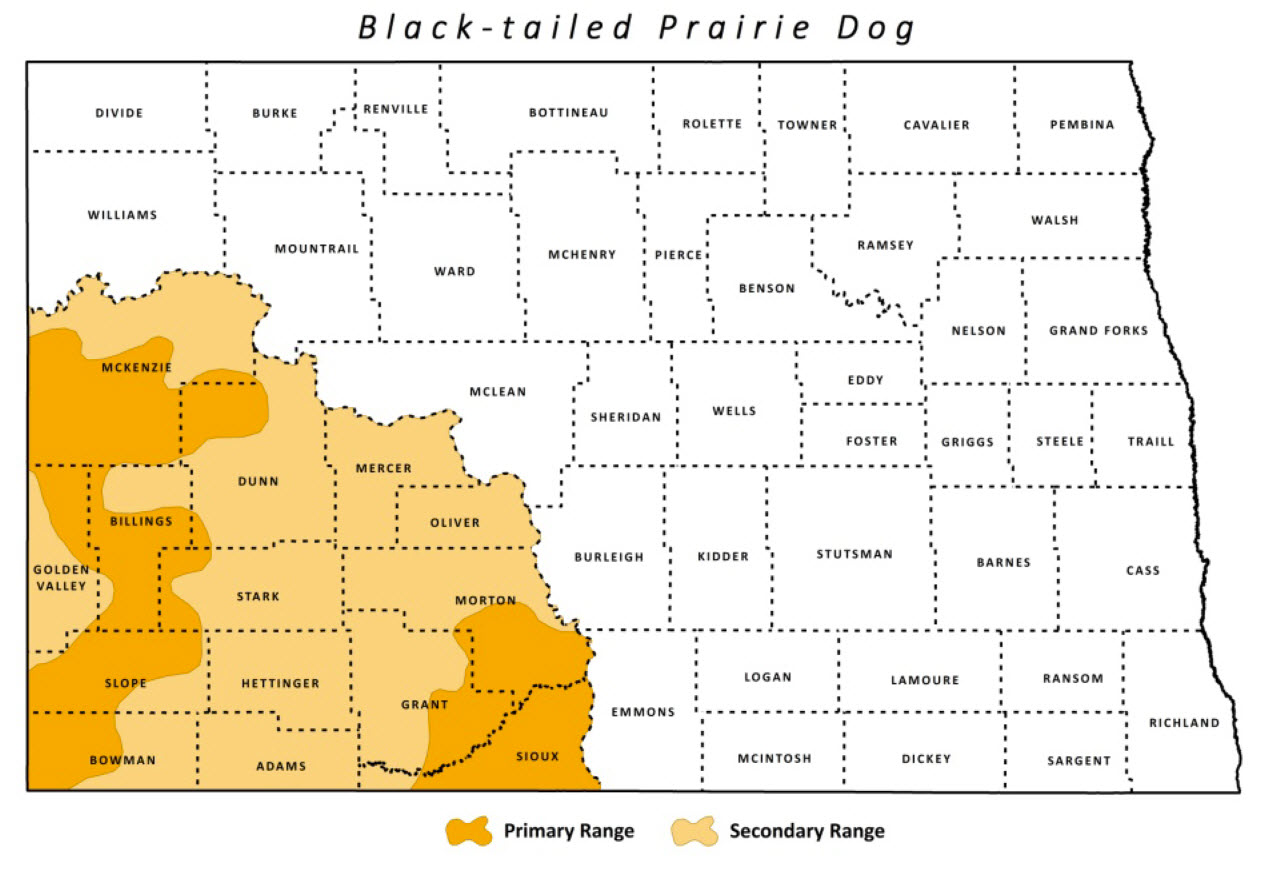