Key Areas and Conditions for Pygmy Shrew in North Dakota

In North Dakota this Pygmy Shrew appears to be associated with grassland/wetland complexes. Wetland complexes of Ransom and Benson counties have known populations. Forested areas in the Turtle Mountains and Pembina Gorge may also hold populations.

The conversion of native grasslands wetlands, and riparian areas is a major threat facing this species.

Use of pesticides may threaten this species’ food base.

Develop a monitoring protocol for small mammals in North Dakota.

The Plains Pocket Mouse maintains a Level I on the Species of Conservation Priority list. A better understanding of this species historic distribution has been developed, but information on life history is still lacking. 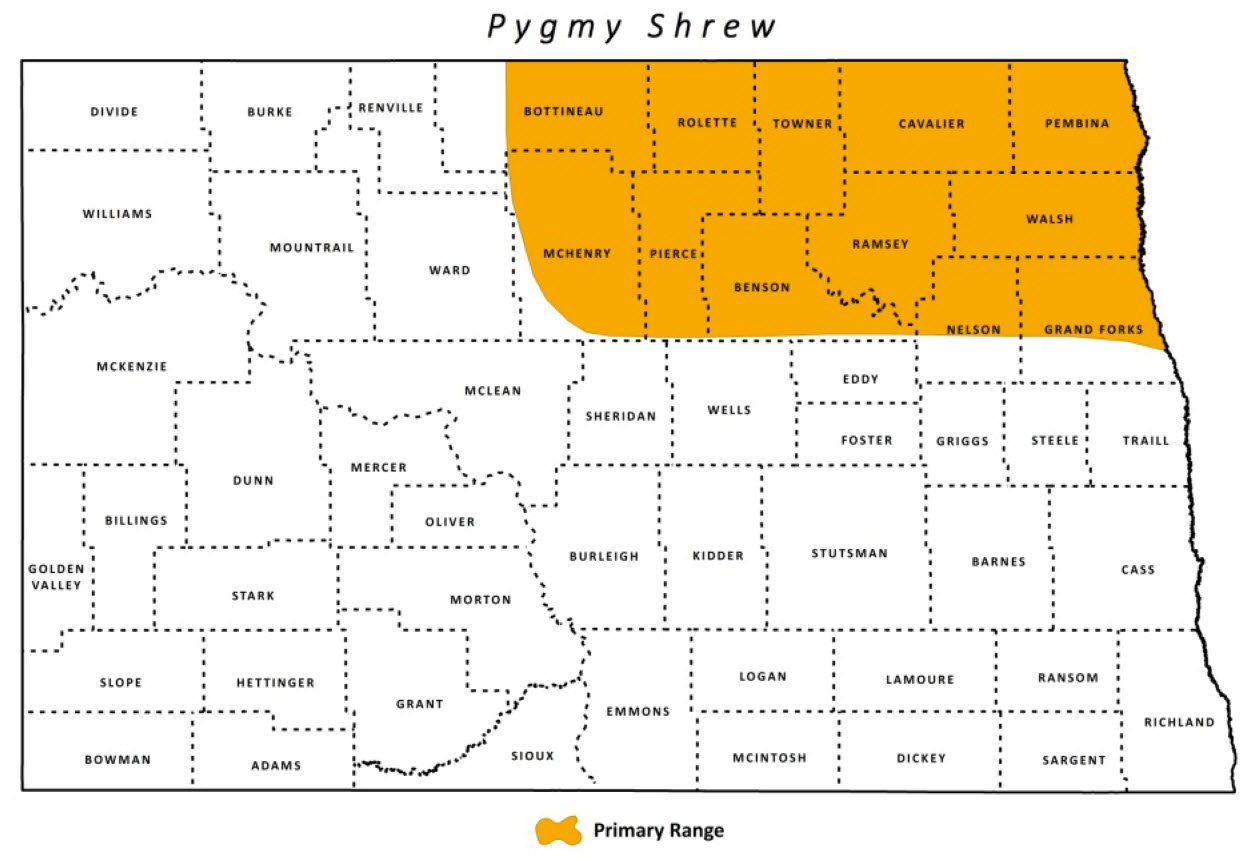