A colonial species, Richardson’s Ground Squirrels prefer intact blocks of rangeland. Well grazed pastures of native or tame grass in areas of sandy loam or gravelly soils offer the best conditions for burrowing. Areas near agricultural fields are also preferred, as cereal grain is used as a food source.

Richardson’s Ground Squirrels are found only east of the Missouri River in North Dakota. Portions of Mclean, McHenry, Pierce, Eddy, and Foster counties are key areas for this species because of their larger tracts of intact prairie.

Conversion of native prairie and rangeland to agricultural lands is the leading threat to the Richardson’s Ground Squirrel.

Poisoning to control and eradicate colonies is prevalent. Recreational shooting of Richardson’s Ground Squirrels may affect populations. Colonial mammals are susceptible to plague, although no documented cases are known in North Dakota.

No monitoring plan is in place for Richardson’s Ground Squirrel. A random township survey method developed in a previous study could be used to accomplish this. 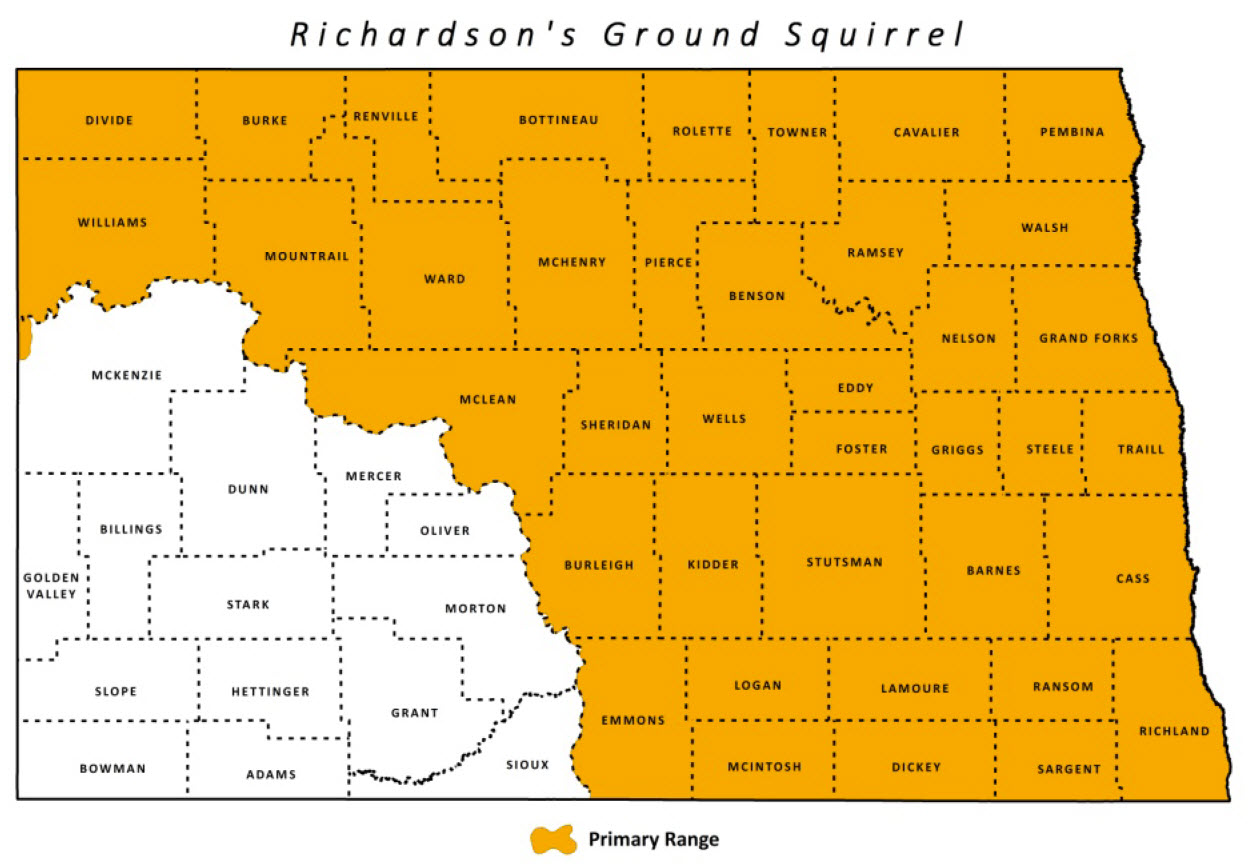