Although Red Knots use primarily marine habitats on their breeding and wintering grounds, both alkaline and freshwater lakes have been used in North Dakota during migration. Red Knots have been observed in the Missouri River system as well as sewage lagoons and large permanent freshwater wetlands.

Key Areas and Conditions for Red Knot in North Dakota

The observations of Red Knots in North Dakota are scattered throughout the state. There are no stopover sites consistently used by Red Knots.

Expanding oil and gas development in North Dakota overlaps with migration range and there is increasing risk of oilfield contamination to alkali lakes and the Missouri River system.

Determine the extent of Red Knot migration stopover use in North Dakota.

The Red Knot has been added as a Level III Species of Conservation Priority. 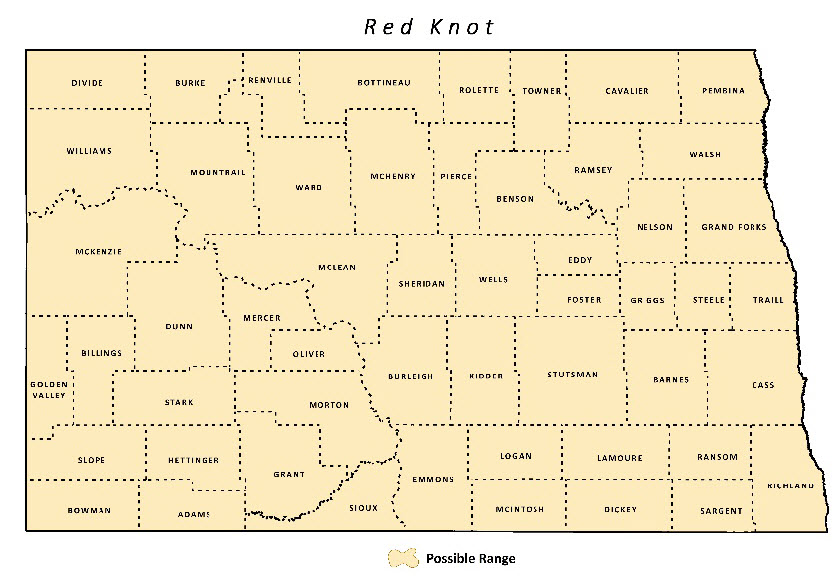 For more information about the red knot see the USFWS website.