Canvasbacks use semi-permanent wetlands, small lakes, or deep water marshes containing emergent cover such as bulrush and cattails. Occasionally use shallow river impoundments managed for waterfowl. Canvasbacks are an ecological specialist and rely heavily on deep, more stable wetlands for breeding. Feed primarily on wild celery and pondweeds, but also on roots, tubers, grass seeds, and some aquatic invertebrates such as mollusks. Nest over water in fairly dense stands of emergent vegetation of bulrush, reeds, and cattails. Nests are typically located within 1-20 yards from the edge of open water. Shallow wetlands with beds of sago pondweed or wigeongrass are especially important as migration stopover sites in North Dakota.

Key Areas and Conditions for Canvasback in North Dakota

No specific sites have been identified at this time.

The occurrence of lead poisoning in this species is reduced since the ban on lead shot for waterfowl. Nests are parasitized by redheads. Over harvest could reduce the population, but conservative hunting regulations are in place. Human disturbance (e.g. recreational boaters) can cause birds to unnecessarily disperse from resting grounds. Mortality from collisions with power lines and wind turbines. Expanding oil and gas development in North Dakota may impact Canvasback and there is increasing risk of oilfield contamination to wetlands. 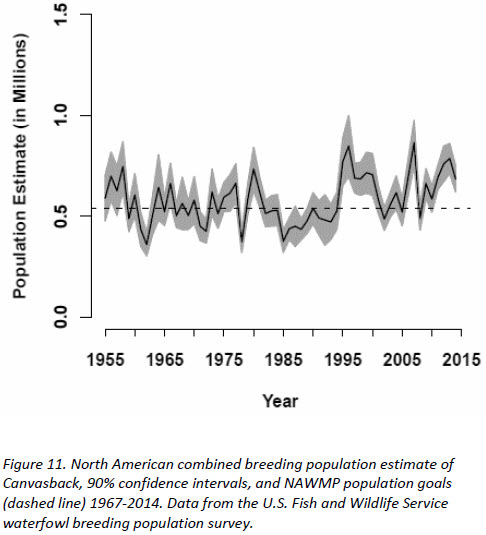 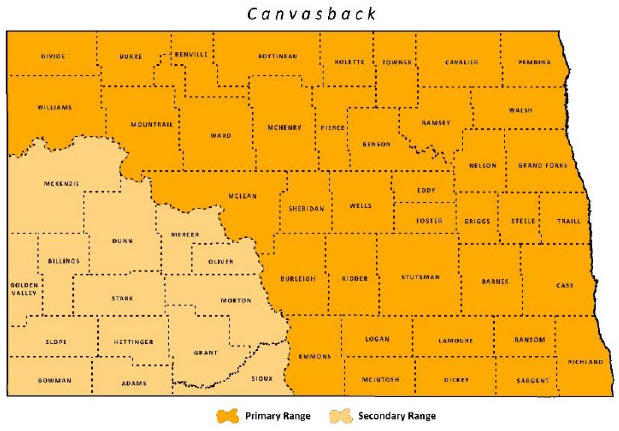