Lesser Scaup use large seasonal and semi-permanent wetlands and lakes with emergent vegetation including bulrush, cattail, and sedges. Nest over water or on the ground near water, but also in the uplands and on islands. Lesser Scaup have increased in the Prairie Pothole Region over the past several decades, possibly in part due to the addition of CRP on the landscape. Feed on aquatic invertebrates, especially chironomids and amphipods, crustaceans and mollusks.

Key Areas and Conditions for Lesser Scaup in North Dakota

No specific sites have been identified at this time. Medium-large semi-permanent wetlands in grassland dominated landscapes.

Female scaup body condition has declined since the 1980’s, resulting in reduced reproductive success and population decline (Anteau and Afton 2004). Nests are parasitized by redheads and other waterfowl. Mortality from collisions with power lines and wind turbines. Expanding oil and gas development in North Dakota may impact Lesser Scaup and there is increasing risk of oilfield contamination to wetlands. Introduction of fish into wetlands alters the aquatic invertebrate and plant community. 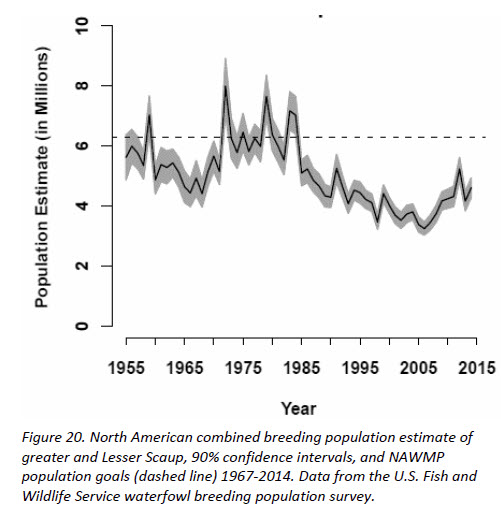 The Lesser Scaup has been added as a Level II Species of Conservation Priority. 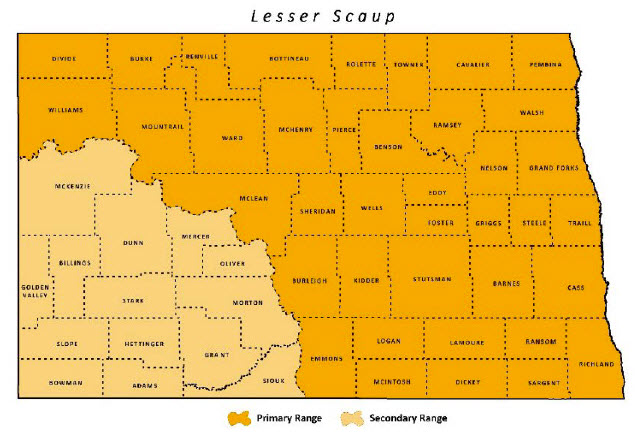