Bald eagles are increasing in North Dakota and may be seen any time of the year. During March/April and October/November, there are large numbers of adult and juvenile bald eagles migrating through the state. In the spring, the eagles nesting in North Dakota will be actively using their nest site. The Department is interested in documenting these nest sites as they increase in both number and distribution in North Dakota.

While adult bald eagles are easily recognizable with their white heads and tails, juvenile bald eagles may sometimes be mistaken for golden eagles. Over the course of their first couple of years, bald eagle coloration will range from almost solid brown to brown with white blotches.

Detailed information on bald eagles can be found on the Cornell Lab of Ornithology website. 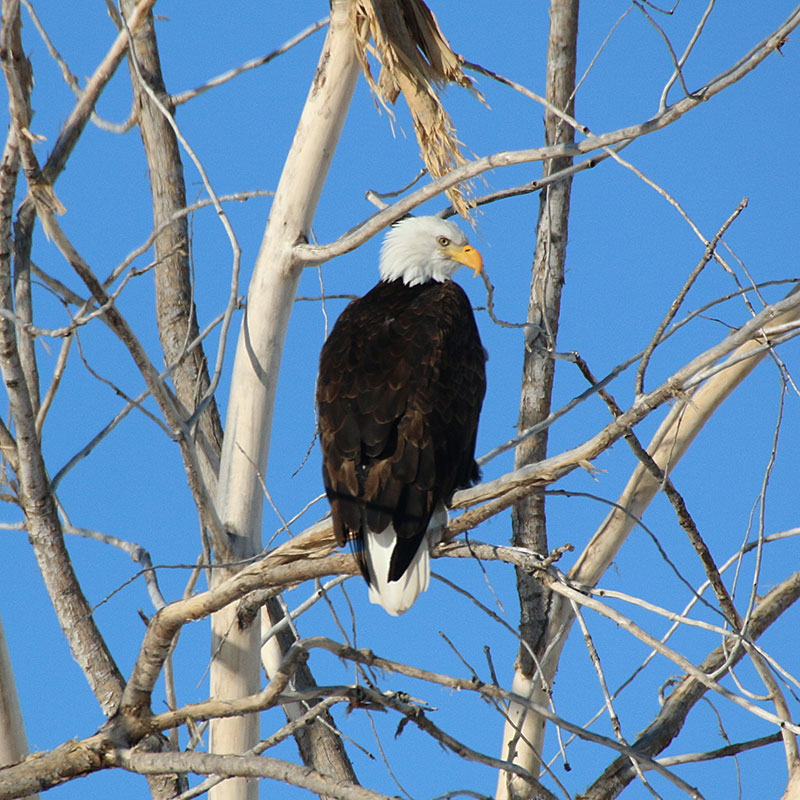 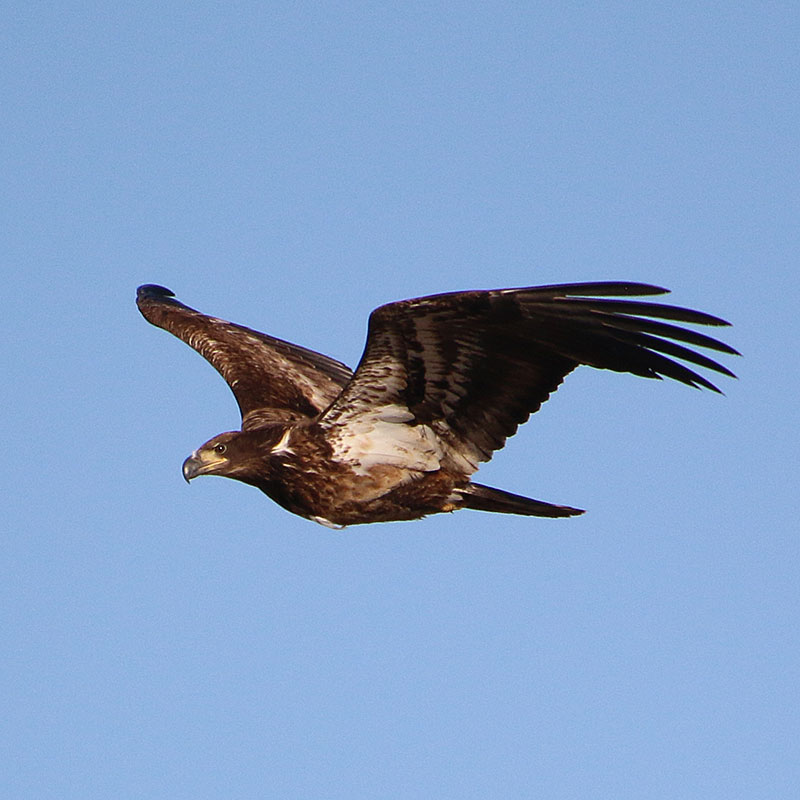 Nest Building: January and February. Nest building may take several months, or just a few days. The same nest may be reused annually for many years.

Egg Laying: early to mid-March. Generally 1-3 eggs are laid, 2 being the most common and very rarely 4. Typically lay 1 egg per day.

Incubation: about 35 days. Incubation begins after the first egg is laid.

Egg Hatching: early to mid-April. Hatching occurs over several days, with the first hatchling being larger than the next because it will be 1-2 days older. 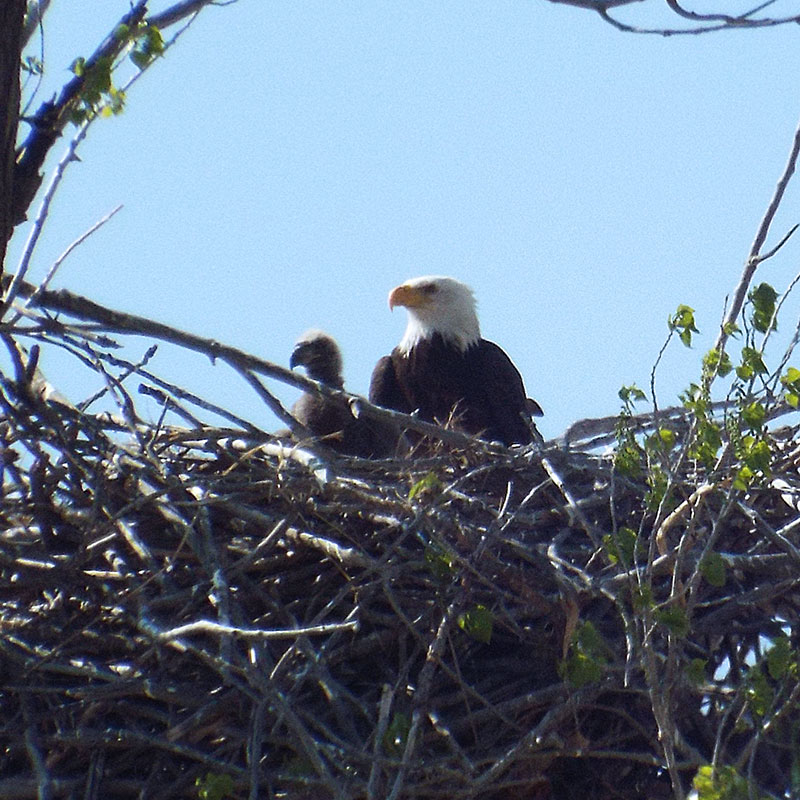 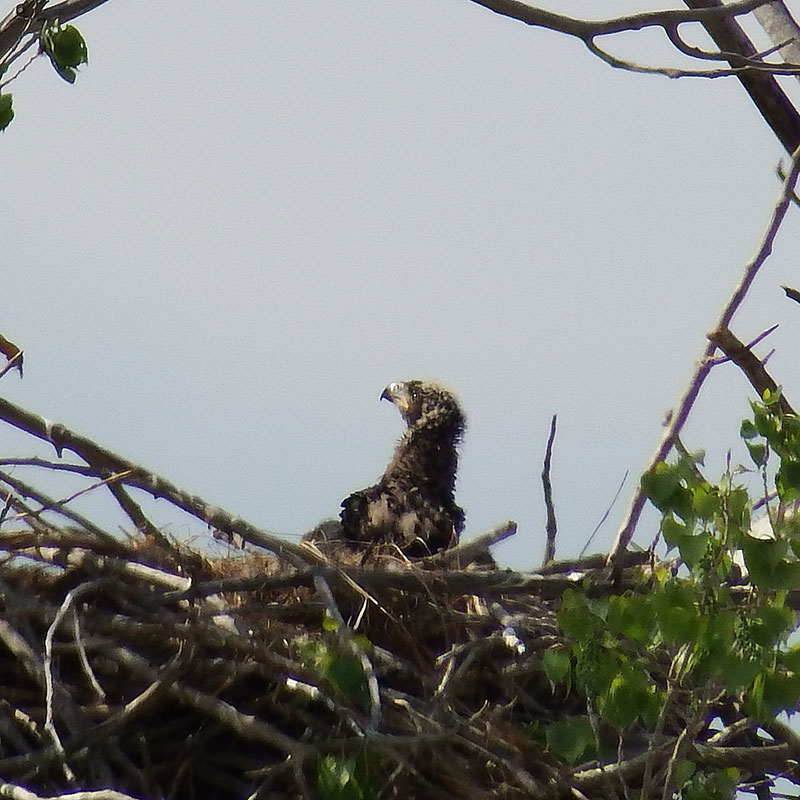 Rearing Young: 8-12 weeks. By early July, the young will be nearly the same size as the adults and will venture out onto the branches in the nest tree and take their first unsteady flights. 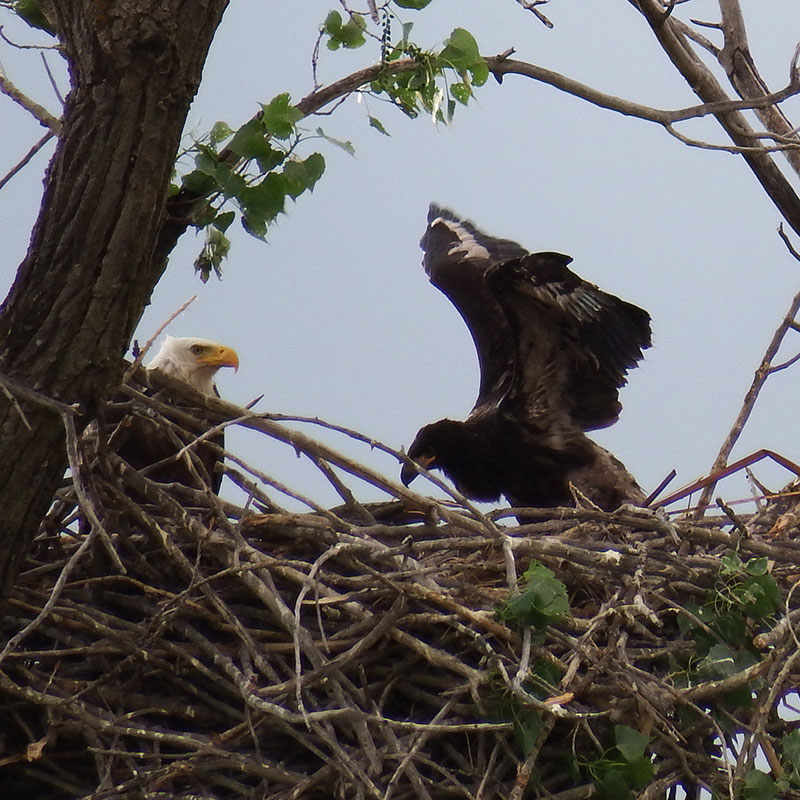 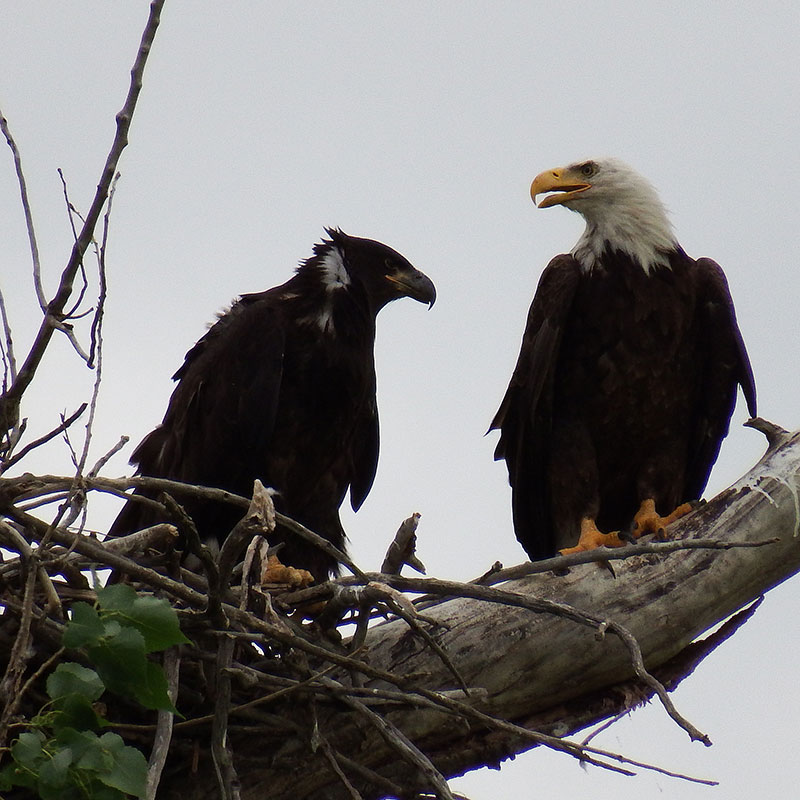 Chick sitting on branch with parent

Fledging Young: By the end of July or early August, the young are fully capable of flying and will leave (fledge) the nest. However, the fledglings may remain in the general area of the nest and be fed by adults for up to 6 weeks. 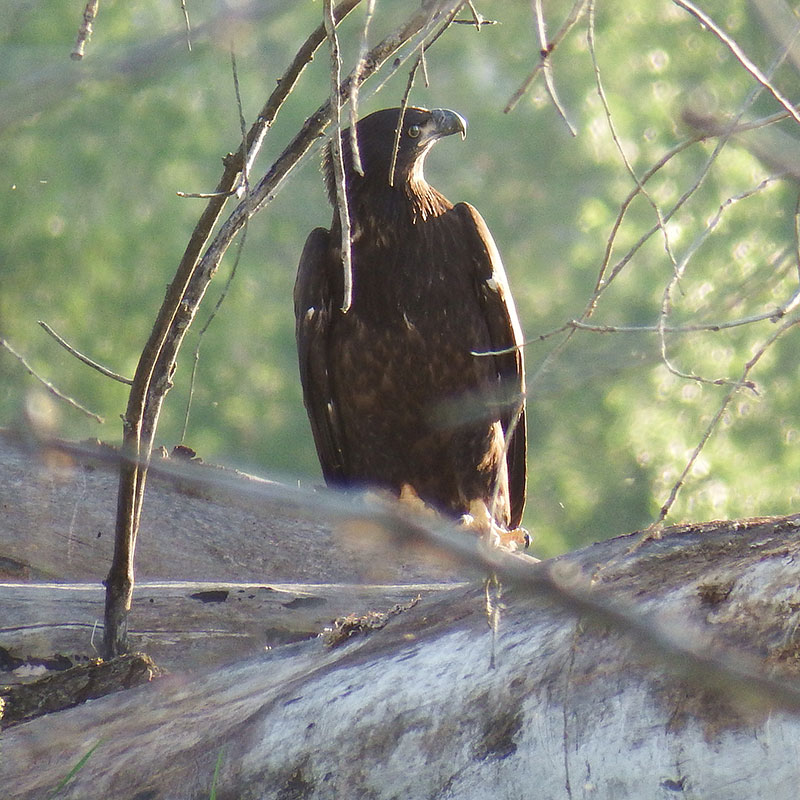 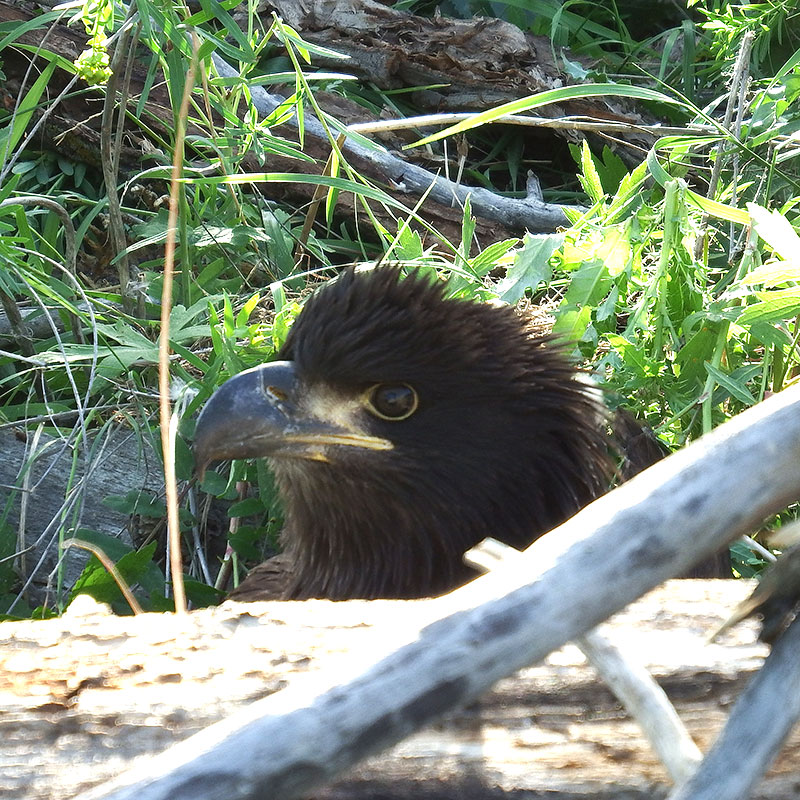 Note: It is not uncommon to observe young eaglets and other raptors on the ground. Their parents are likely nearby. Do not approach or handle the youngster.

(If you have problems accessing the form below, please use the direct link here.)