Closer Look at the Blue Squares 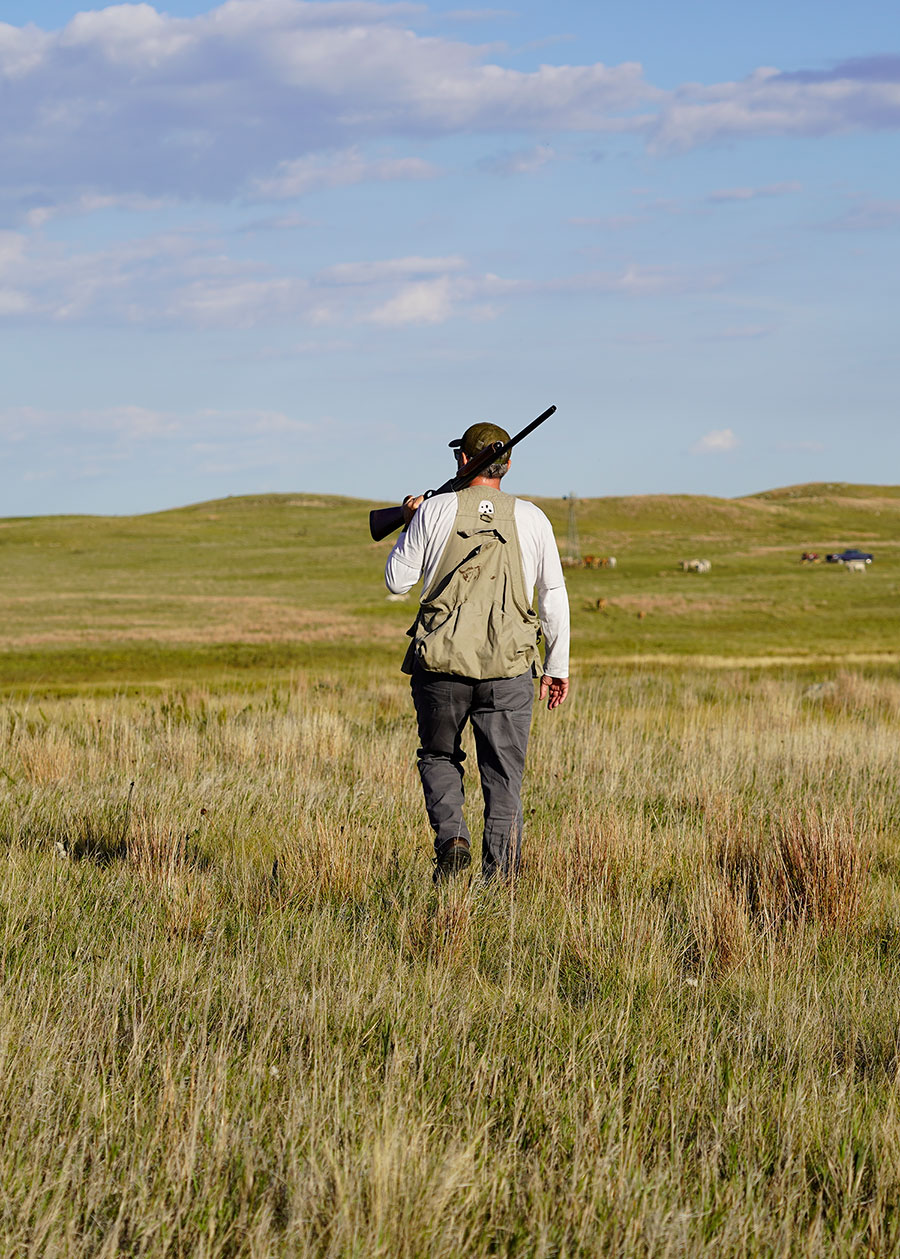 The blue squares found on the map sheets tucked between the covers of the North Dakota Game and Fish Department’s Private Land Open To Sportsmen Guide are, for many, recognizable.

Hunters of a certain age, no matter if they’re reading U.S. Forest Service or Bureau of Land Management maps, don’t have to scan the map’s legend to know the unmistakable squares are North Dakota Department of Trust Lands. Also referred to in some circles, and maybe more commonly, as state school lands.

Hunters also know that the majority of these lands in North Dakota, unless otherwise noted, are open to walk-in access for hunting.

According to the Department of Trust Lands account, North Dakota was admitted to the Union via the Enabling Act with South Dakota, Montana and Washington in 1889.

“At statehood, North Dakota was granted about 2.6 million acres from the federal government to be used primarily to generate money for public education,” said Jacob Lardy, land management specialist with the Department of Trust Lands.

In North Dakota, the granted land included sections 16 and 36 in every township for the Common Schools Trust Fund (K-12 public education) with additional lands granted for the other trust funds stated in the North Dakota Constitution.

The Department of Trust Lands historical account continues: “As a young state with vast expanses of prairie to be homesteaded, the need for funding was daunting and the North Dakota Land Department (precursor to the NDDTL) sold off school trust land to farmers and ranchers in the early 1900s to quickly fund education costs.

“By the 1970s the Land Board realized that continued land sales would forever deplete the trusts of their land holdings. At the time, 80% of the original congressional grant had been sold, a decision was made to restrict sales to small, difficult to manage tracts and to retain the remainder.” 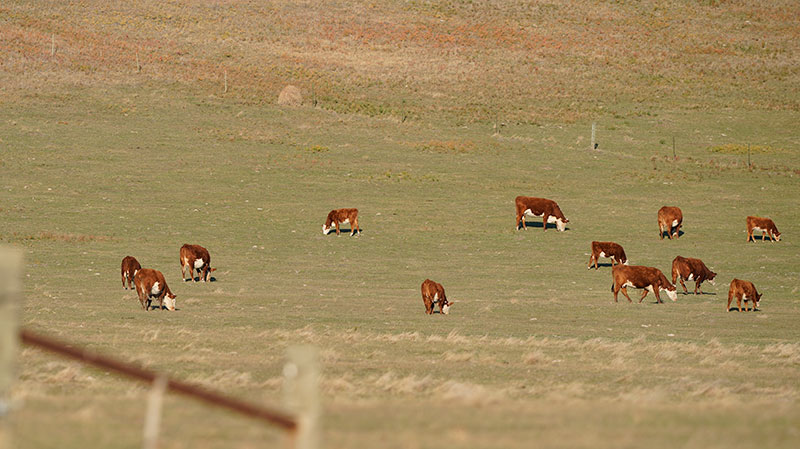 Today, Lardy said, the Department of Trust Lands manages more than 706,000 surface acres across the state that are leased for agricultural purposes, with livestock grazing being the dominate land use.

“Our mission, our goal on Game and Fish Department wildlife management areas is to create habitat and have a place to grow critters on the landscape that hunters can pursue,” he said. “I think people sometimes look at public land, no matter if it’s managed by the Fish and Wildlife Service, Bureau of Land Management or the Department of Trust Lands and think that it should look like one of our WMAs, but these different agencies have differing management priorities.”

Lardy agreed: “Our land is out there for a specific mission and that’s to raise money for schools across North Dakota and in many instances that includes grazing. In the fall when you see our lands, they’ve been grazed throughout summer and they’ll have less grass than a WMA.”

Even so, Anderson and Lardy echo, trust lands hold their share of wildlife, from sharp-tailed grouse to deer. Hunters who target the blue squares certainly know this.

“In the early 1980s, the land board adopted the current public access policy, which means these lands are open to walk-in access only unless it says closed otherwise,” Lardy said.

Trust land lessees do have the ability to post and close trust lands if they meet certain criteria.

“The main one being if they got grazing livestock on the land. The lessee can send in an application for closed signs, saying they have cattle grazing from this date to this date,” Lardy said. “And they can close down the section, or quarter, depending on how big the pasture is for that time. And once they take the cattle off, they’re supposed to take the signs downs and let me know that they’ve done so.”

Lardy said trust land lessees can’t use the typical “No Hunting,” or “No Trespassing” signs that are common on the landscape.

“They have to be department-approved signs that will feature the name of the Trust Lands Department on the sign and the legal description,” he said. “I do run into that problem this time of year where lessees are using the wrong signs. So, I’ll call them and tell them they need to take those signs down and I’ll provide them the proper signage.”

Those lands posted “closed” to public hunting, Lardy added, are also “closed” to the lessee.

“That means the lessee can’t hunt that piece of trust land they are renting … it’s closed to everyone,” he said.

Lardy said only about 1.5% of the 706,000-plus acres of trust lands are typically closed but urges hunters to visit the Department of Trust Lands website (land.nd.gov) and do their homework before leaving home.

“We update that weekly this time of year or call in if you don’t have access to a computer and I can tell you if a piece is closed or not,” he said. “I just don’t want anyone to be surprised when they pull up and it’s closed.”

The Department of Trust Lands has another sign that’s different than simply “closed.” This “Notify the Lessee Before Entering” provides a legal description of the land and contact information for the person leasing the land.

“So, anyone who pulls up to trust land signed in this manner has to give reasonable notification by calling and the hunter and lessee can have a conversation,” Lardy said. “The hunter can say, ‘I’m going to be out here at this time with X number of people.’ And then the lessee can say, ‘OK, yeah, that sounds good.’ The intent of the sign is to set up a line of communication.” 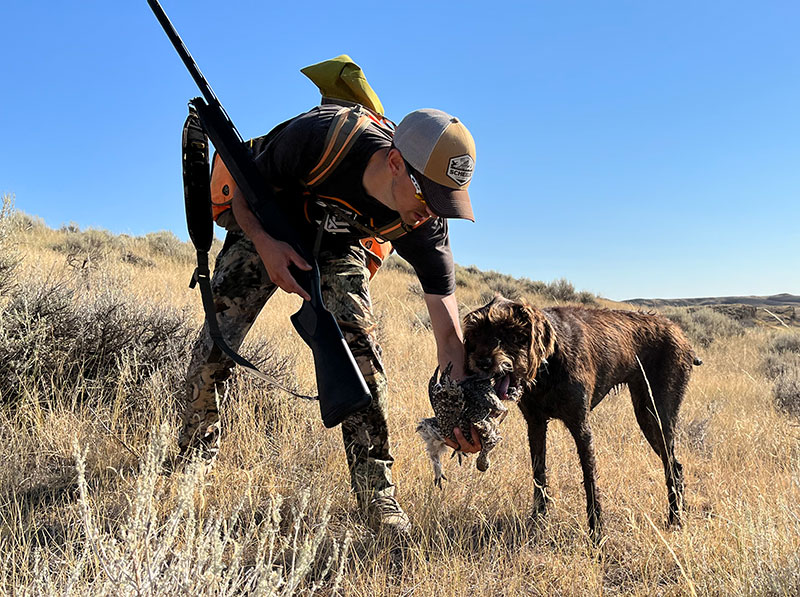 “If any hunters out there run into that, they can call our department and get in contact with me” he said.

With hunter-landowner relations top-of-mind, Anderson said the “Notify the Lessee” signs that connect these individuals is a good thing.

“It’s a benefit for the lessee to know who is out there on the land,” Anderson said.

While trust lands are walk-in access only, there are instances where vehicle travel is allowed. Even so, Lardy said, again, to do your research on the Trust Lands website to determine where you can drive and where you can’t.

“Anybody can walk across all acres of trust land. With that said, you can drive on trust land if it’s like a county road that would have a public easement going through the section,” he said. “If it’s a section line, people can drive on section lines if they’re travelable. And there are a few instances where there are two-track trails, primarily in the badlands, I believe, and those have public easements that Game and Fish obtained from our department and those are open to the public to drive across and those trails will be signed.

“If any hunters are out there and they’re seeing a two-track trail across trust lands and there’s no sign, they can probably assume that it’s a private trail that’s unique to our department and our lessee,” Lardy added. “Lessees are able to drive on trust lands for agricultural purposes, such as checking on their cows. So, you’re going to see two-track trails across trust lands, but if there is no sign for that, it’s not open to public travel.”

Anderson said the Game and Fish Department often field calls about the management of trust lands and how the Trust Lands Department oversees grazing management.

Lardy said his department doesn’t allow feeding on trust lands, and in terms of actual grazing management, they let the lessees do what works for their operation.

“With that said, we do check on all our tracks and if we need to, we will step in and work with the lessee on a grazing plan,” Lardy said. “We have field inspectors scattered across the state and they do what we call integrity inspections, so each track of land is on a rotation, and it gets looked at and scored once every five years based on our scoring system.

“Our field inspectors look at a number of things while they’re out there, including plant vigor and how the tract is used. Typically, in a given year, there’s about 1,000 inspections that happen,” he added. “And once we get all those inspections back, we pull the lower numbered ones (inspections) and then I’ll look more into the comments of what the field inspectors saw at the time. Then that following summer I’ll go out and verify myself if I think a tract has been overused, if it’s been overused for a number of years, then I’ll step in. Ideally, we’d like to catch those before it’s detrimental to land. But yeah, we do step in, and we do have tracts with grazing plans on them, but not every tract of land does.”

The blue squares, sections 16 and 36, teamed with other public lands in North Dakota provide some variety and a number of opportunities for hunters in the state, Anderson said.

“North Dakota is fairly privately owned, but there are a lot of gems across the landscape when you get out and start looking around at our public lands,” he said.