Mimicry in the Wild

Mimicry, the fascinating art of imitation, is all around us in the natural world. There are endless examples of both animals and plants that mimic other living creatures or inanimate objects, in a variety of different ways. One example with which many people are familiar is the monarch and viceroy butterflies.

It has long been believed that these butterflies were an example of Batesian mimicry. Batesian mimicry is when a species mimics the warning signals of another species without having the characteristics that make it undesirable to their shared predator. Think of it like hiding your favorite chocolates in a bag of raisins. Those chocolates still taste as delicious as ever, but, thinking that only raisins are inside that bag, many people may walk right on by. 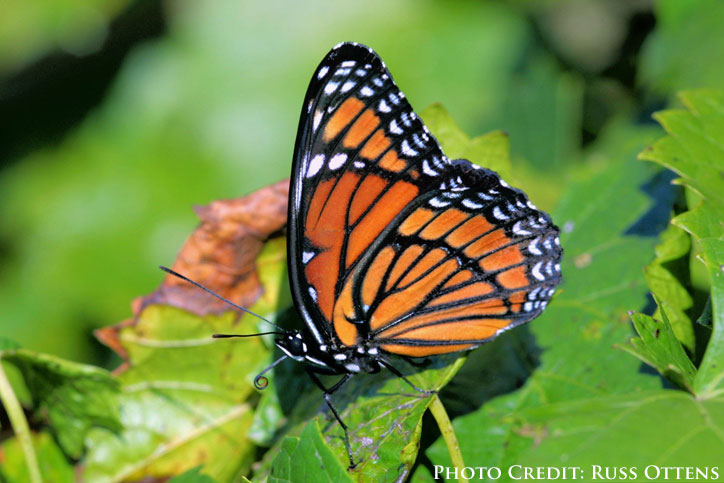 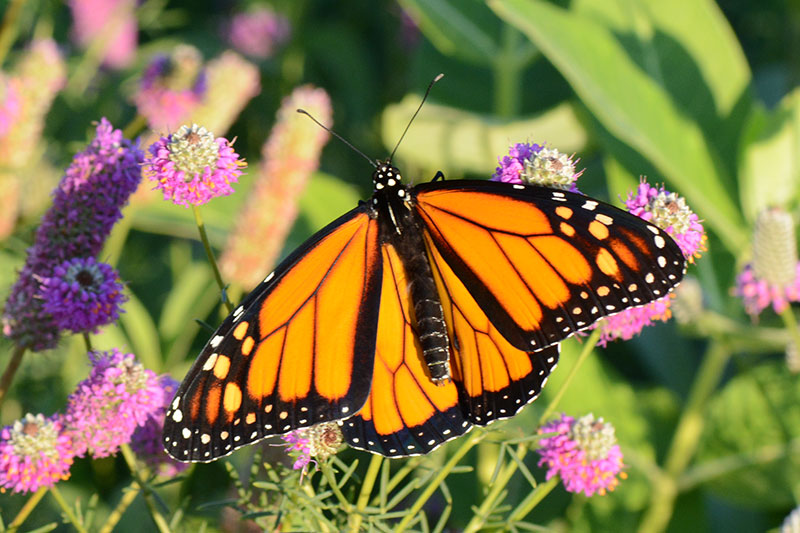 Not long ago, scientists believed the viceroy was an attractive meal for birds, but had evolved to mimic the colorations of the toxic monarch to deter predators. However, several innovative studies in the 1990s taught us that this isn’t actually the case (though many people still believe it is). A couple of scientists set out to remove the wings from viceroys, monarchs and queens, and feed the wingless butterflies to birds. The theory was that if viceroys actually tasted better than monarchs, they would be eaten far more often than the monarchs or queens when their warning colors were removed. What the scientists found, however, was that the birds spit out the viceroys as often as they spit out the monarchs.

These studies indicated that the monarch and viceroy butterflies, long considered as examples of batesian mimicry, are actually expressing Mullerian mimicry. Mullerian mimicry is when two species share similar anti-predator characteristics (in this case, inedibility) and co-mimic each other.

Using another food example, imagine a bowl full of M&Ms. You reach in, grab a red one and, to your dismay, realize it is a Reese’s Pieces. Really wanting an M&M, you grab another red one and discover it is a Skittle. Again, not what you wanted. Realizing someone must have played a cruel trick on you, you ignore the red ones and pick up a green one, which is an M&M.

While all the red pieces were candy, neither had the characteristics you were hoping for, but the rest of the colors did. As a result, you quickly learned to avoid the red ones. Two species mimicking one another’s warning patterns, as the monarch and viceroy do, can more rapidly teach predators to avoid them and minimize the number of causalities to each. This is considered a mutualistic relationship, as both benefited from an accelerated learning curve of their predators. 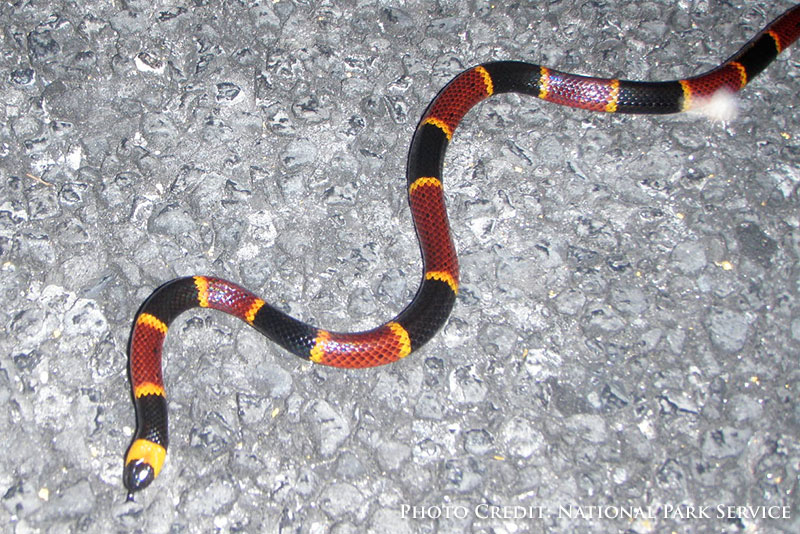 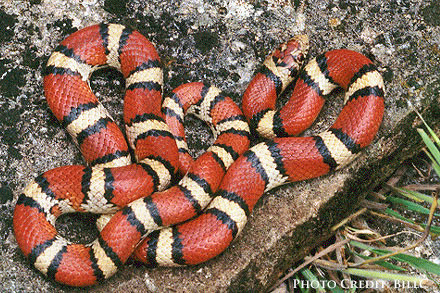 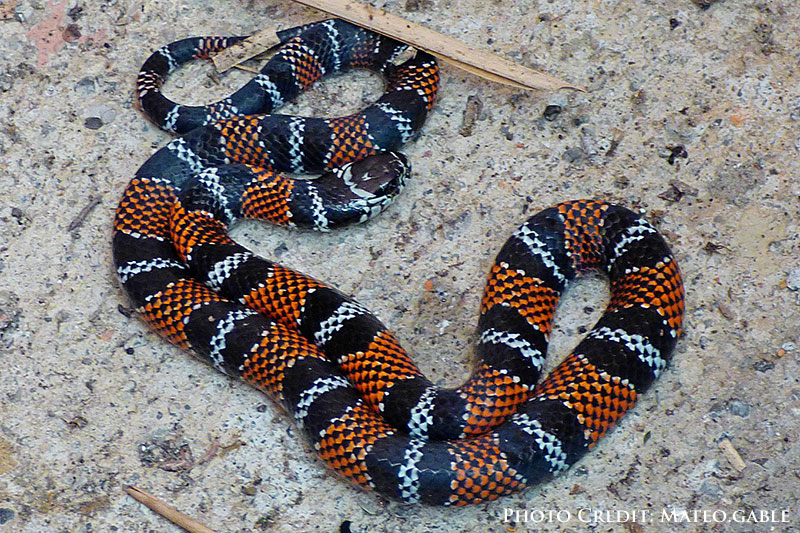 (Photo above shows a coral snake on the left, a milk snake in the middle and one type of false coral on the right. NOTE: None of these three snakes are found in the wild in North Dakota.)

Another astonishing form of mimicry is Emsleyan or Mertensian mimicry. In this form of mimicry, a deadly prey mimics the warning signs of a less dangerous species. A good example involves the milk, coral, and false coral snakes. Both the harmless milk snake and the deadly coral snake mimic the warning signs of the moderately venomous false coral snake. The harmless milk snake mimicking the moderately venomous false coral snake is another example of batesian mimicry (a tasty treat dressed up as a venomous one). Predators associate the markings with venomousity and avoid it.

But why would a deadly snake need to mimic a less dangerous species? When a predator eats a moderately venomous species it learns that it does not want to eat that or similar prey in the future. If the predator eats venomous prey and then dies it cannot learn that lesson. The deadly snake, thus, benefits from mimicking a moderately venomous species that its predators have already learned to avoid. 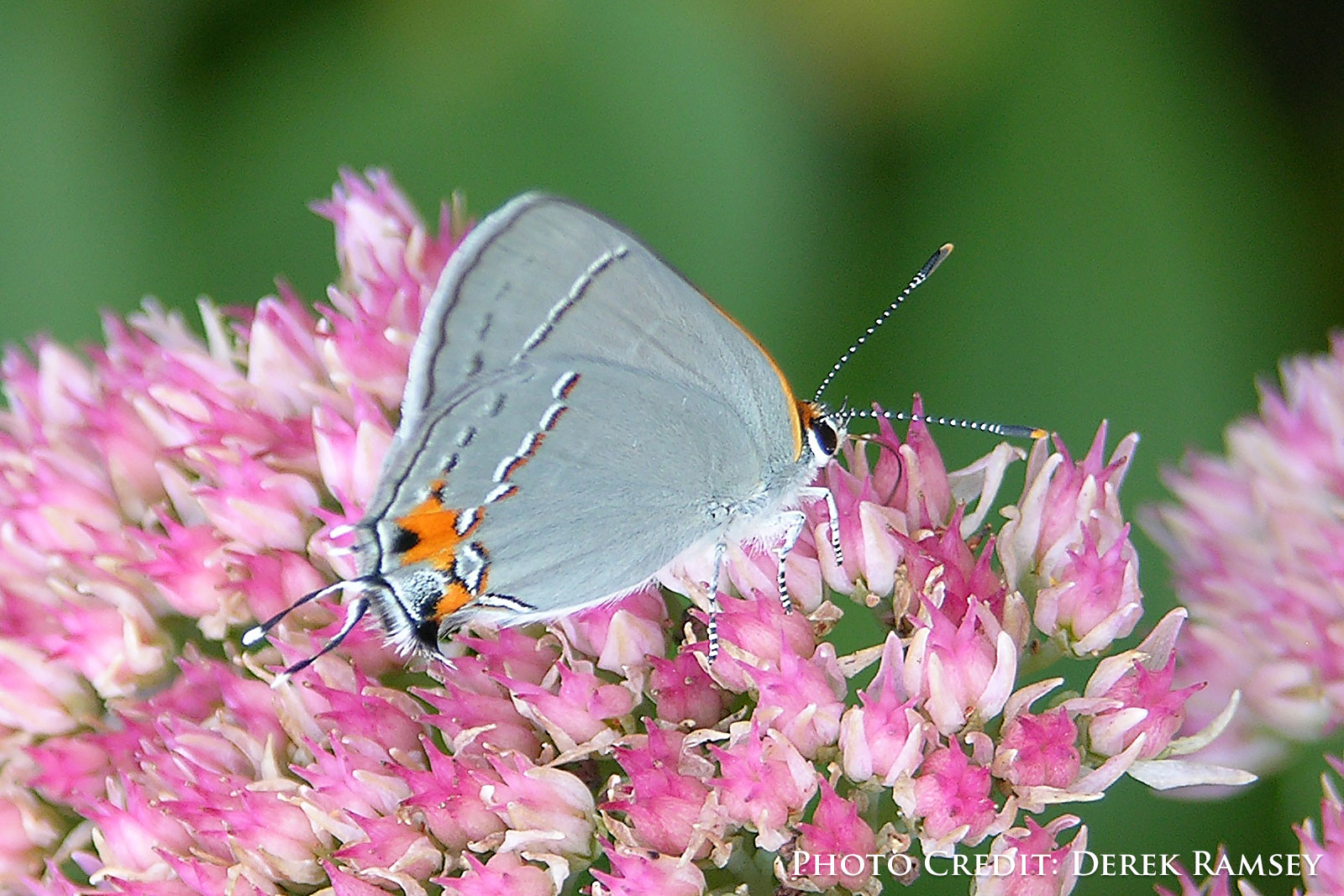 One last form of mimicry is automimicry, which occurs within a single organism. It is when one part of an organism’s body resembles another part, like in a number of snake species that have tails that resemble their heads, and may even move backward when threatened. By doing this, they can trick predators into going for their tails rather their heads and avoid fatal attacks. Hairstreak butterflies also present this type of mimicry. They have a spot on the end of their hind wings, the thecla spot, which resembles an eye and little tails behind the spot which resemble antennae. During an attack, confused predators leave the butterfly mainly unscathed. A small bit of wing might get taken but a lethal attack is avoided.

Now that we have covered some of the many forms of mimicry, let’s see some of these in action. 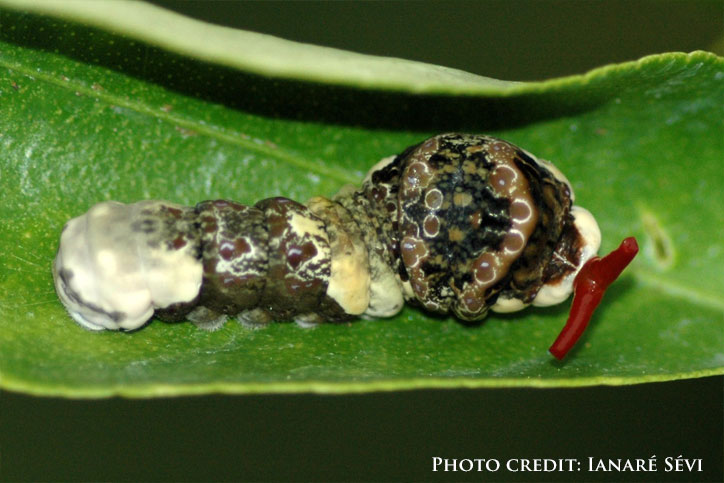 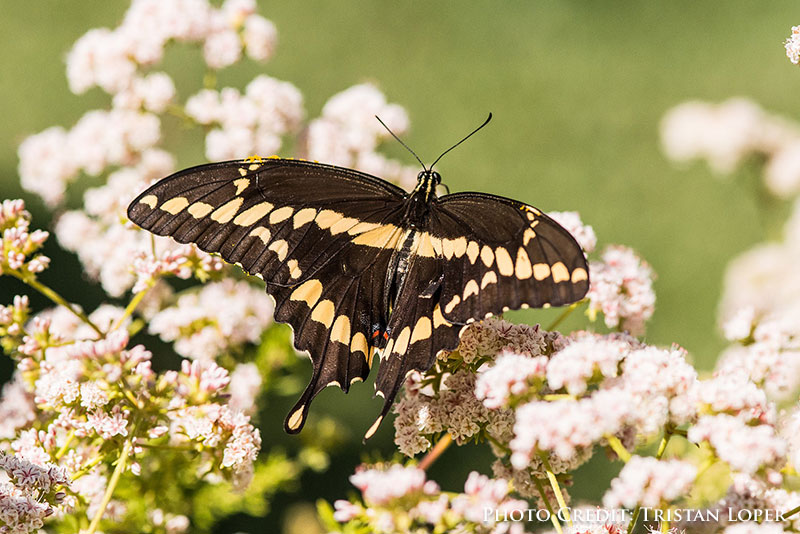 The giant swallowtail caterpillar mimics, not another animal, but bird droppings. 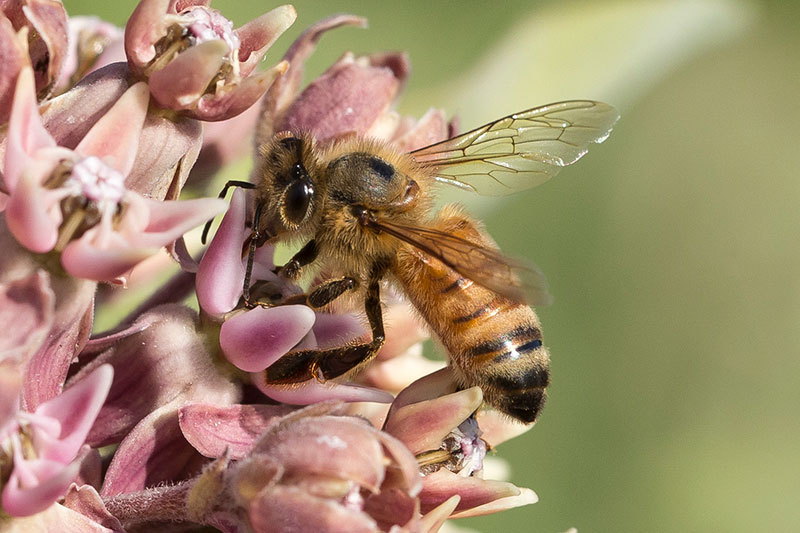 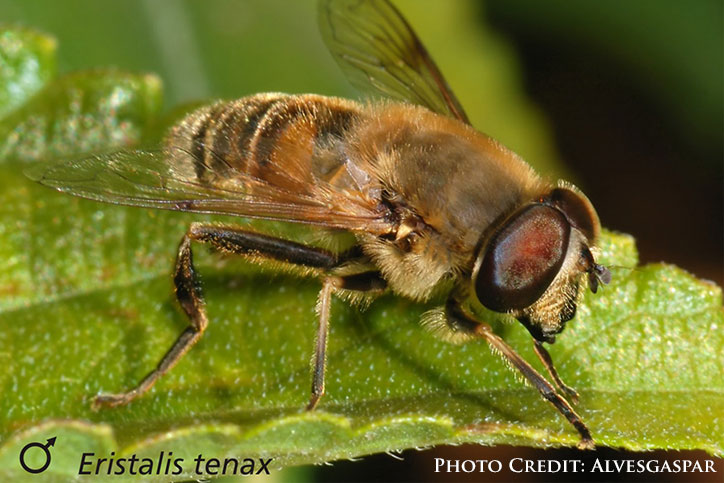 A fly (right) mimicking the appearance of a bee (left). Flies have large eyes and only one set of wings while bees tend to have smaller eyes and two sets of wings. 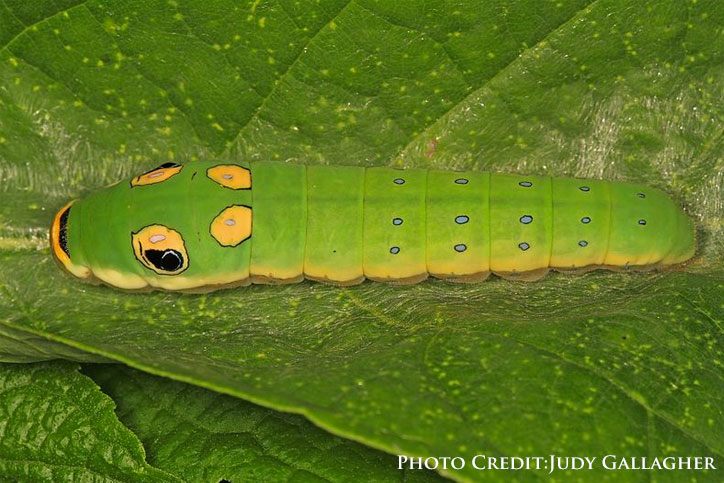 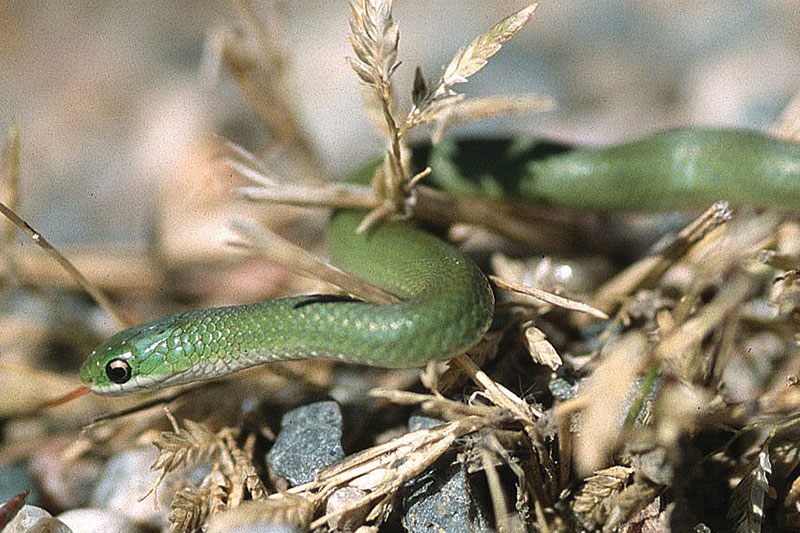 The spicebush swallowtail turns green and develops eye spots as it matures so that it resembles the head of a smooth green snake. 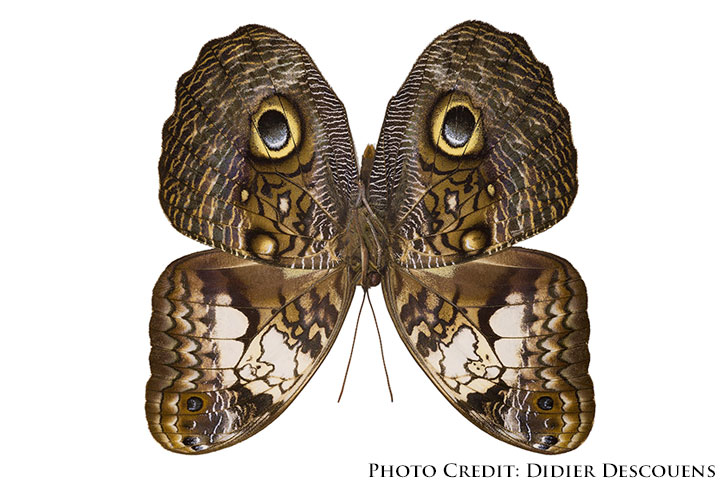 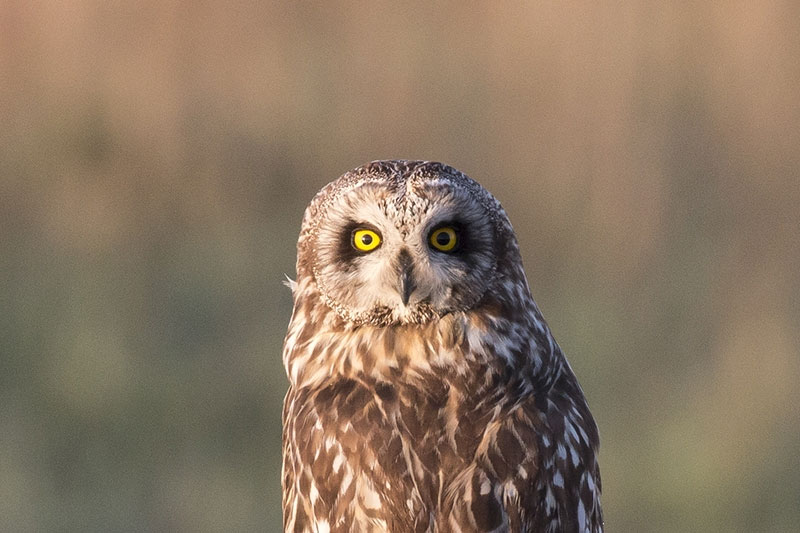 The owl butterfly has two prominent eye spots on its hind wings that help scare off predators.