North Dakota’s climate is continental and is characterized by large variances in temperature, both on a seasonal and daily basis. Precipitation ranges from low to moderate, and air flow through the region creates windy conditions.

Annual precipitation ranges from 13 to 20 inches a year. The average increases from west to east, with the southeast receiving the highest average precipitation. Winter precipitation is highest in January. June is the wettest month receiving 3 to 4 inches of rain. Areas such as the Turtle Mountains receive higher rainfalls than the surrounding plains, due to higher elevations. 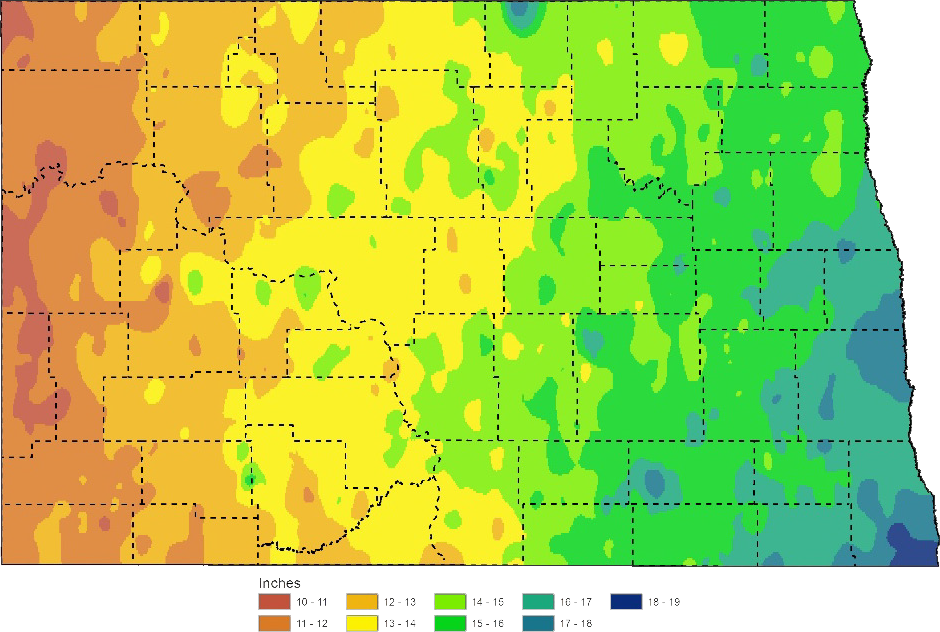