Native prairie is generally divided into three main categories; tallgrass, mixed-grass, and shortgrass. Each of these prairie communities is comprised of a unique blend of grasses and forbs. North Dakota has all three grassland types though tallgrass prairie exists only in remnants of once vast acreage. 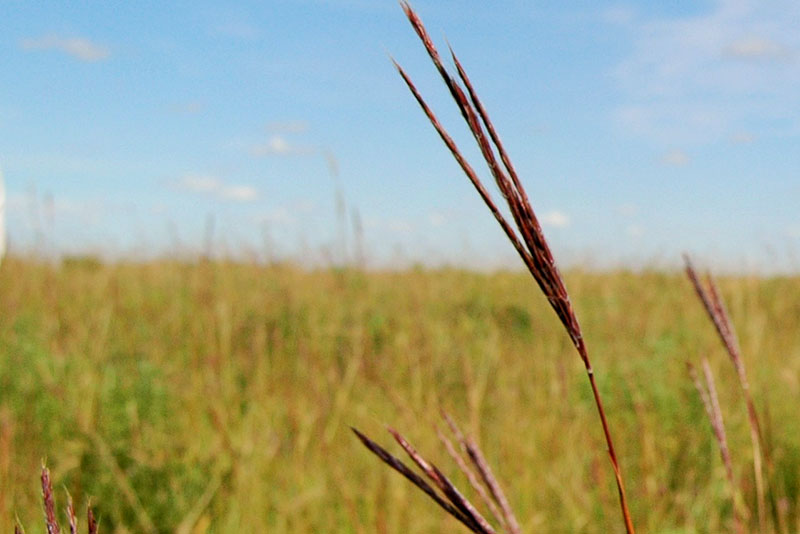 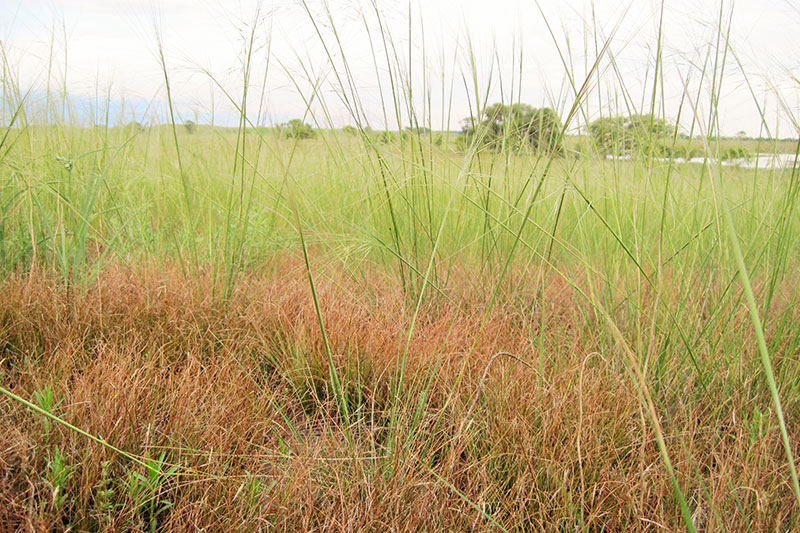 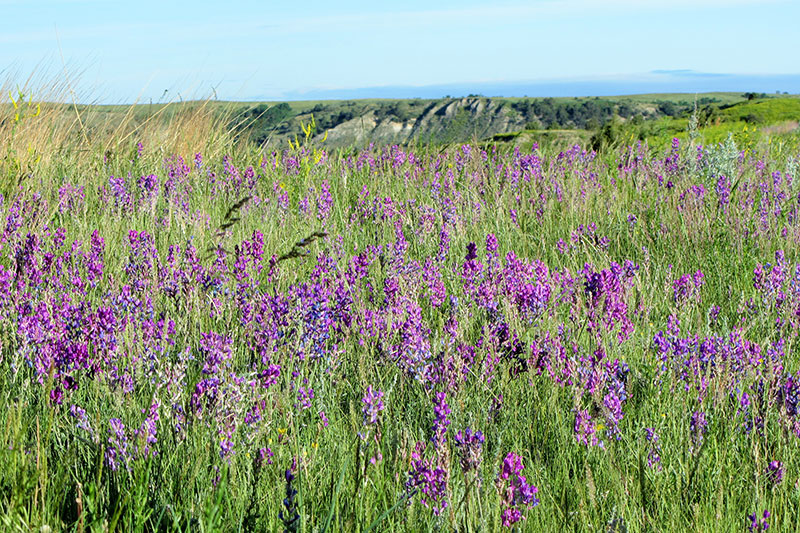 A wetland is an area that is inundated or saturated by surface or groundwater long enough to support vegetation typically adapted for life in saturated soil. Wetlands are classified depending on how long water and vegetation are present. These range from temporary wetlands that typically hold water for only a few weeks, to permanent wetlands that hold water year round. North Dakota has about 2.4 million acres of wetlands remaining from an estimated 5 million that once existed. The highest wetland densities are in the Missouri Coteau and Drift Prairie, collectively known as the Prairie Potholes region. Wetland classifications vary slightly, but general definitions are as follows:

Seasonal - Surface water is present for extended periods in spring and early summer, but usually disappears during late summer and fall.

Semi-permanent - Surface water is present year-round in most years. During dry years, however, water may disappear as early as midsummer.

Permanent - Surface water is present throughout the year in all years.

Farmed Wetlands - Occur in basins with soils that are frequently cultivated.

Forested habitats are found in only a few locations in North Dakota, and they do not cover large contiguous areas. A majority of the forest habitat is found in riparian zones. The Turtle Mountains and northeastern North Dakota contain some of the largest stands of aspen and bur oak. Small areas of Ponderosa pine and juniper forests occur in the southwest. 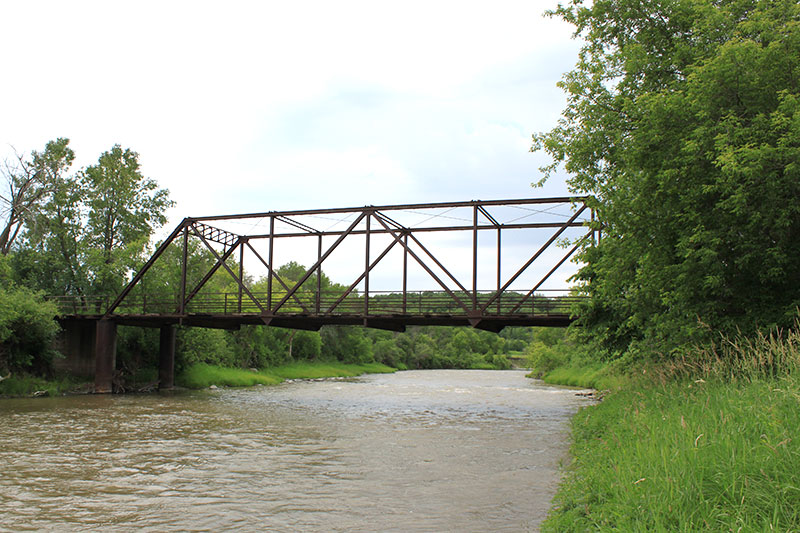 A riparian zone is the area between a body of water and the adjacent upland, identified by soil characteristics and distinctive vegetation that requires an excess of water. It includes wetlands and those portions of the floodplain that support riparian vegetation. Generally it is comprised of trees and shrubs as well as understory vegetation, including a variety of grasses and forbs, but may be naturally devoid of trees.

Eastern North Dakota riparian zones are dominated by green ash and elm trees where cottonwoods are prevalent in western zones of the state. Although this habitat type makes up a small area it is an important home to numerous wildlife species and is vital to stream health. 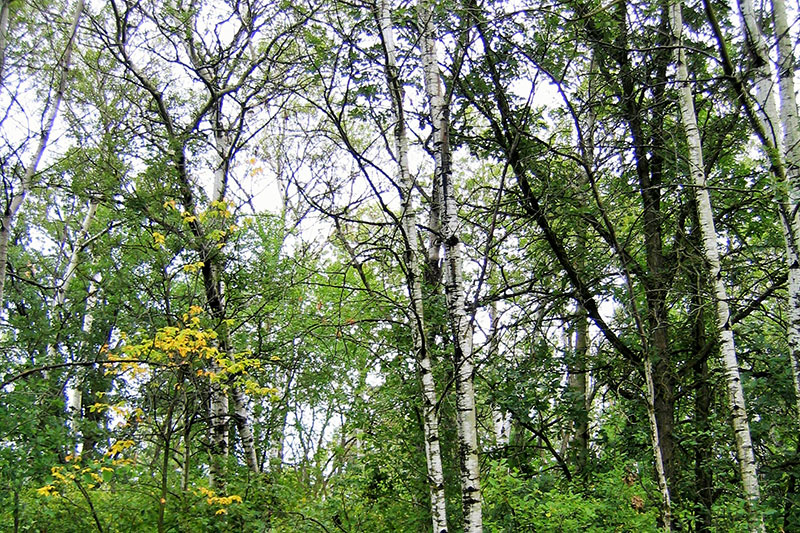 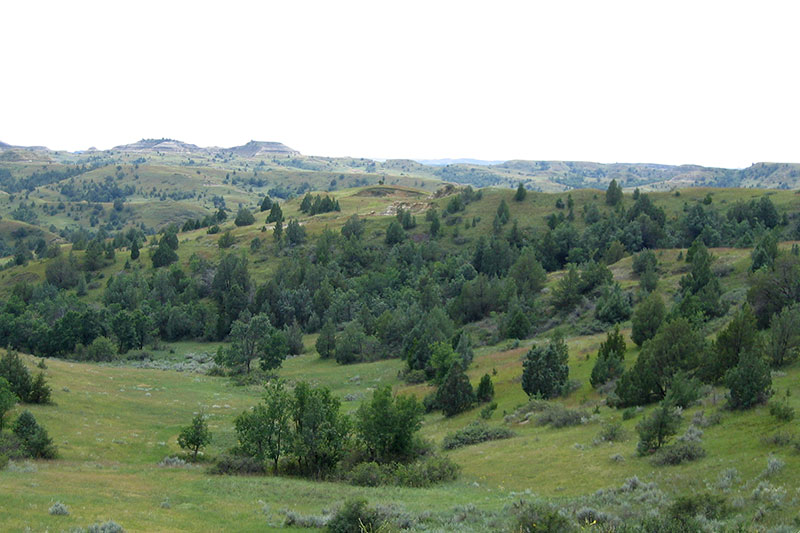 This coniferous habitat is distributed throughout the North Dakota’s badlands. Juniper or cedar trees, although native, are encroaching into areas not historically found. There is a small native stand of Ponderosa pine and a small stand of limber pine is located in Slope County.