Ideal nesting habitat for Northern Pintails is native prairie of low cover interspersed with seasonal or semi-permanent wetlands. CRP, hayfields, pastures, and weedy field borders are utilized. Temporary, seasonal, and semi-permanent wetlands, shallow river impoundments, stock ponds, and dugouts are utilized for foraging. Feed on vegetation consisting of seeds of sedges, grasses, pondweeds, and smartweeds. Primarily feed on aquatic invertebrates during spring that are abundant in shallow temporary and seasonal ponds. Hens in particular utilize aquatic invertebrates as an important food source during breeding, as do ducklings until about 6 weeks of age. Pintails may also use cropland ponds with basins of tilled bottom soil; however, nests initiated in croplands are prone to high failure rates. Annual nest success and productivity vary with water conditions, predation, and weather.

Key Areas and Conditions for Northern Pintail in North Dakota

The occurrence of lead poisoning in this species is reduced since the ban on lead shot for waterfowl. Destruction of nests initiated in cropland by farm machinery. Predation by mammal species reduces nest success. Mortality from collisions with power lines and wind turbines. Expanding oil and gas development in North Dakota may impact Northern Pintails and there is increasing risk of oilfield contamination to wetlands. 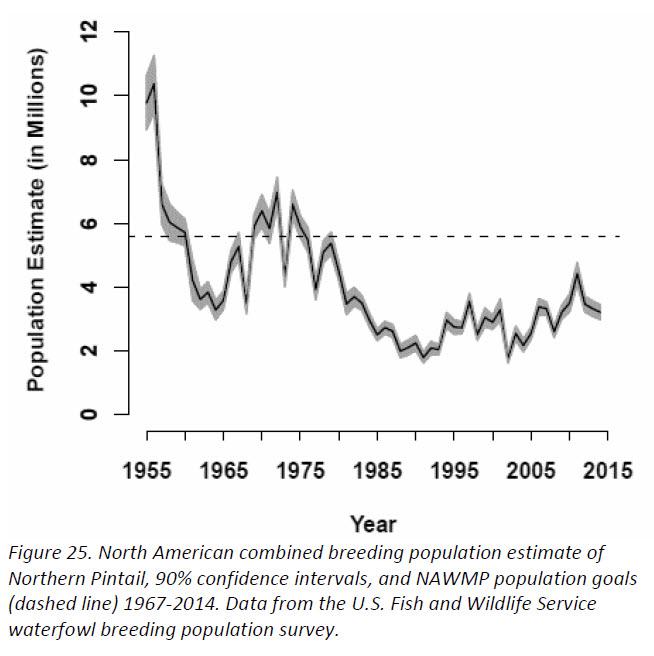 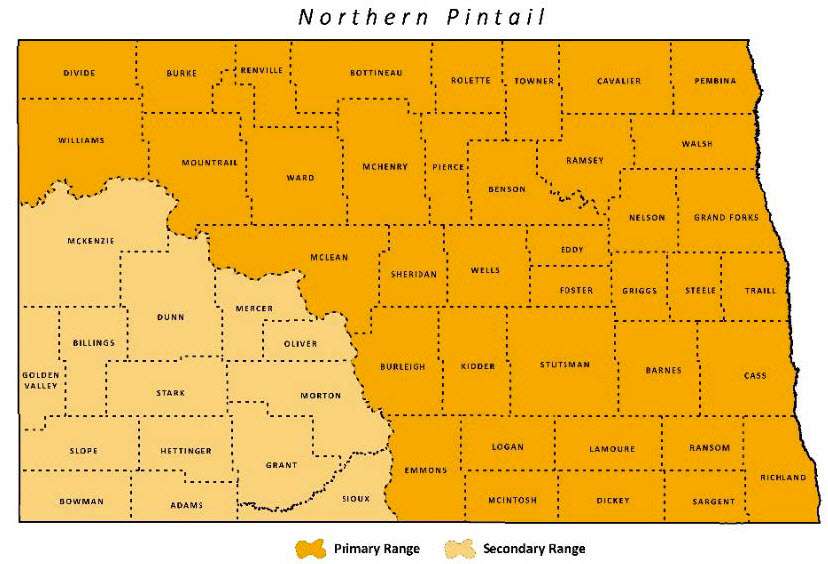