1. What is the new rule on packaging fish fillets for transport?

Fish may be filleted for transport, unless size limits apply, under the following conditions: 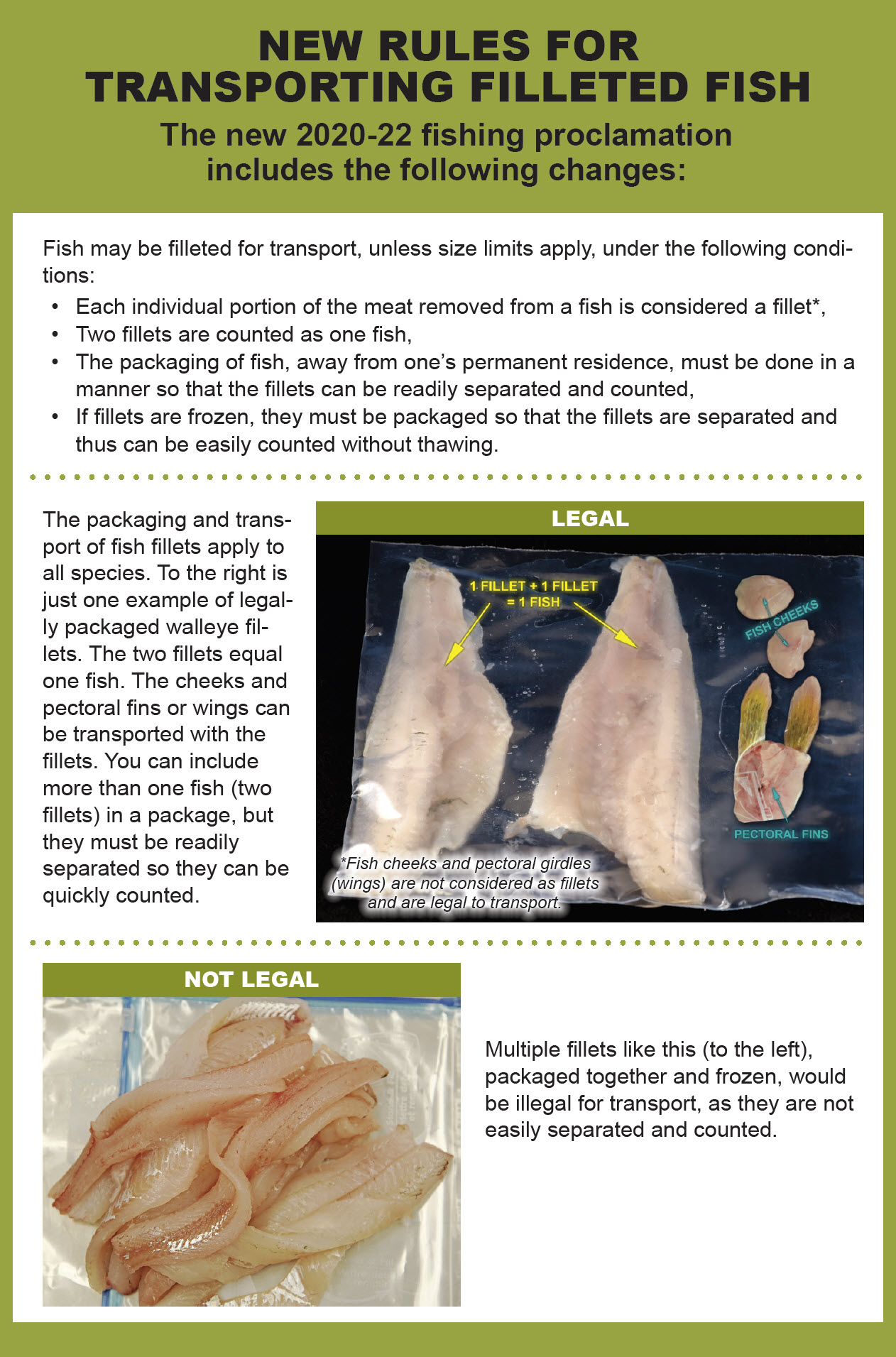