Mussels on the Sheyenne River

Advisory Board to Livestream Fall Meetings 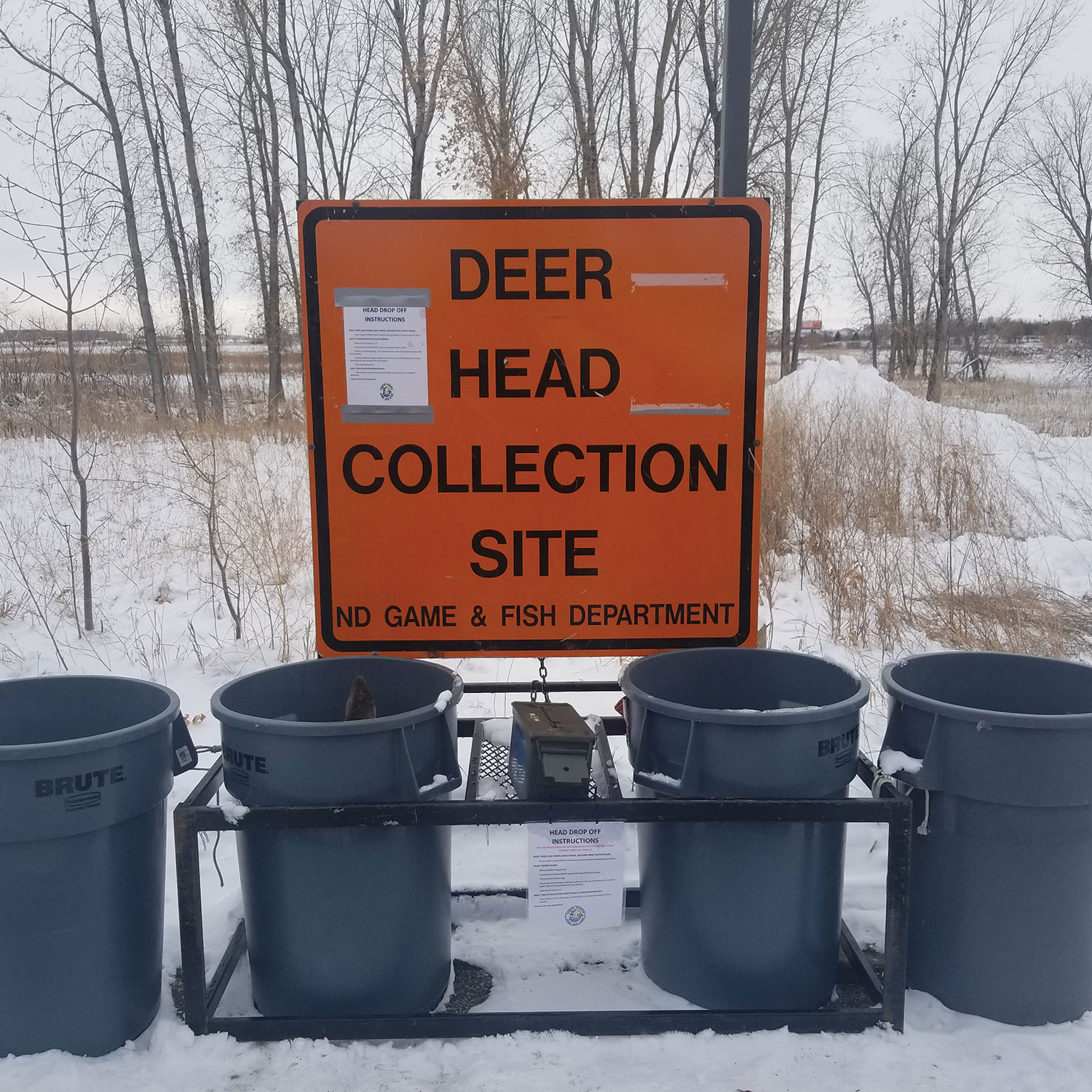 The North Dakota Game and Fish Department will continue its Hunter-Harvested Surveillance program during the 2020 hunting season by sampling deer for chronic wasting disease from units in the western third of the state.

Game and Fish wildlife veterinarian Dr. Charlie Bahnson said given the COVID situation, Game and Fish is focusing resources and personnel to prioritize hunter-harvested surveillance in the northwestern and southwestern parts of the state where CWD is a little greater concern.

In units where CWD is documented, Bahnson said roughly 10% of license holders end up dropping off heads for sampling. Outside those units, in adjacent units, he said it’s more like 2-3%. That’s a number he would like to see increased quite a bit.

“In order to be confident in saying that we don’t have CWD in a unit, we have to test a lot of heads,” continued Bahnson. “Only testing 10 heads doesn’t give you much confidence. But if we can get a lot of hunters to participate, if we can test a few hundred heads from each unit, then we can start to confidently make assessments of whether CWD is likely there or not. So, hunter surveillance is a critical part of the big picture.”

Hunters are encouraged to drop off the head of an adult or yearling deer. Fawns and head-shot deer cannot be tested. Hunters wishing to keep the deer head can bring it to a Game and Fish district office during business hours to have it sampled.

The Department will attempt to provide results within three weeks, however, delays may occur. Results for lottery licenses can be viewed by logging on to their Game and Fish account and clicking on “Additional Info” for the associated license. Results for first-come, first-served licenses will be sent via email. To add or update contact information, visit My Account at the Department’s website, gf.nd.gov.

Hunters should note a carcass or head of a deer taken from units 3A1, 3B1, 3F2, 4B and 4C may not be transported to a collection site outside of the unit. Exception: hunters can transport the whole deer carcass between adjoining CWD carcass restricted units.

More information on CWD, including transportation restrictions, is available at the Game and Fish website.

Hunters are encouraged to drop off deer heads at the following locations:

Mussels on the Sheyenne River 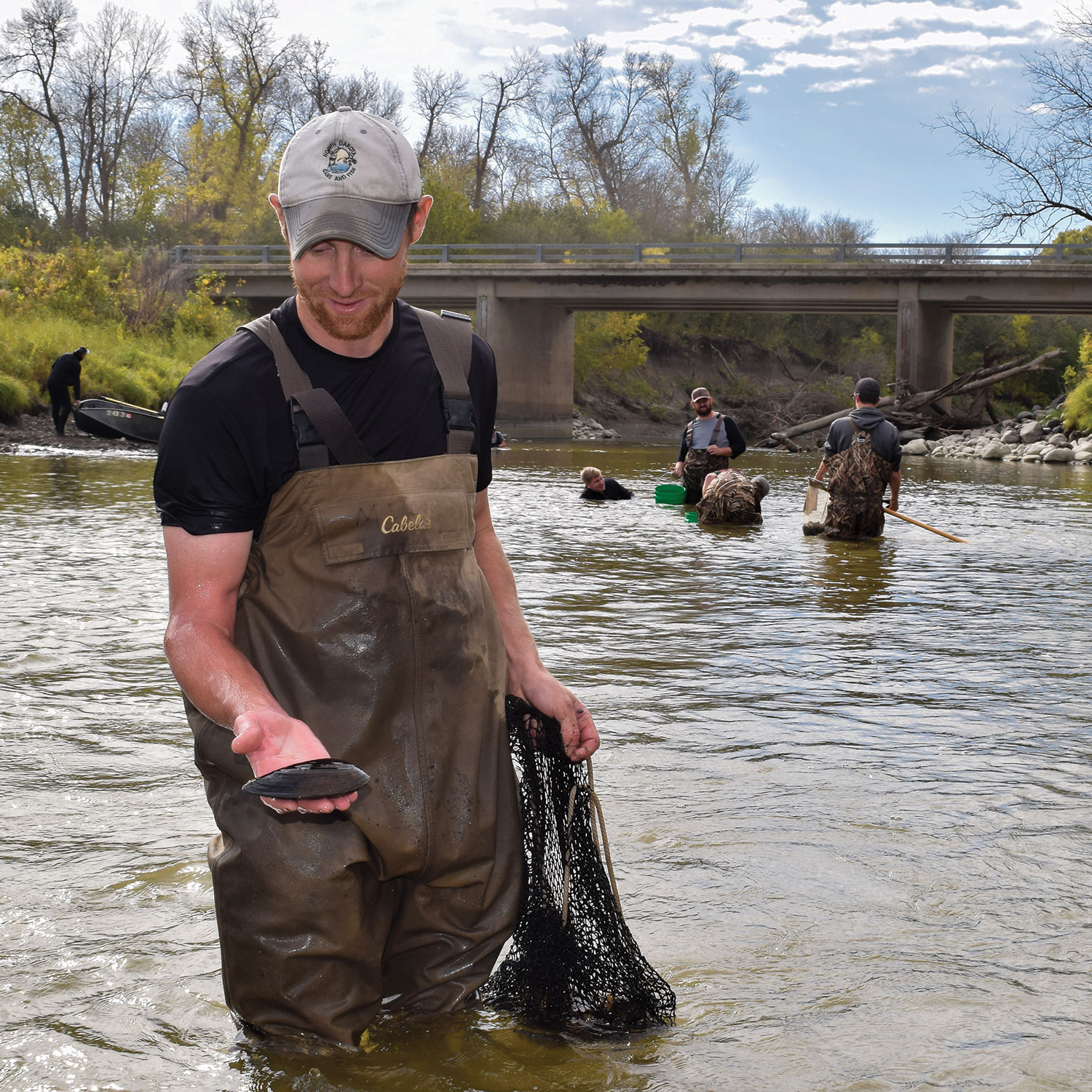 Mike Johnson, Game and Fish Department fisheries biologist in Jamestown, was one of a number of people, including students from Valley City State University, who combined efforts this fall to collect and relocate more than 10,000 mussels below Kathryn Dam on the Sheyenne River.

The relocation project was spearheaded by Andre Delorme, professor at VCSU. The mussels were removed from what is North Dakota’s largest mussel bed because of work being done to the dam that would be detrimental to the mussels. Mussels are native to North Dakota and have been here thousands of years. Those collected during the relocation effort were moved well upstream of the dam.

Delorme said that while the site below the dam was still considered the largest bed in the state before the relocation project, it isn’t what it once was. Twelve years ago, Delorme said there was an estimated 100,000 mussels in that stretch of river. He added that these filter feeders are prone to any type of pollution and 70% of mussels in North America are either endangered or threatened. 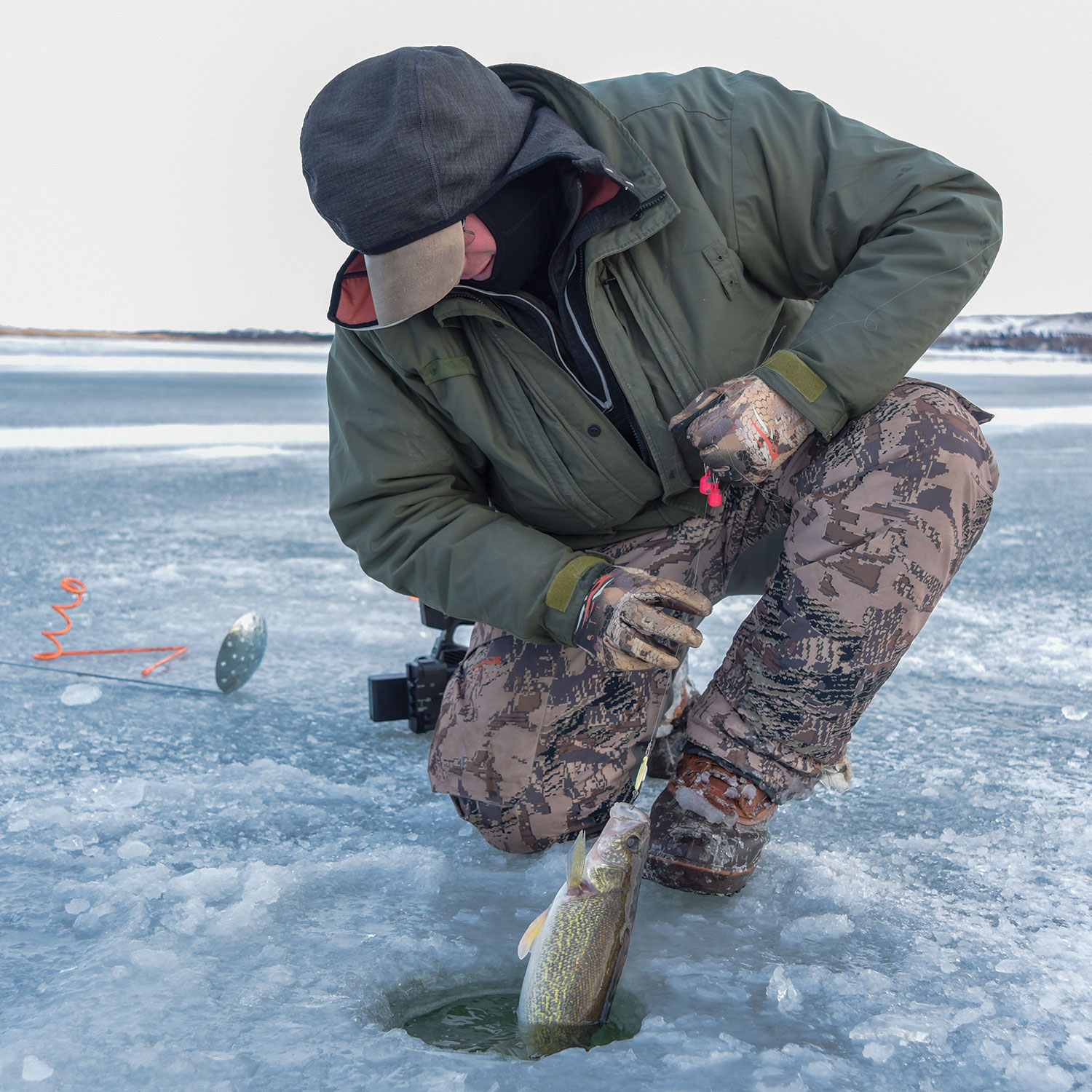 Anglers are encouraged to refer to the 2020-22 North Dakota Fishing Guide for winter fishing regulations.

Some winter fishing regulations include:

Advisory Board to Livestream Fall Meetings

The North Dakota Game and Fish Department Advisory Board will host its fall round of public meetings online this year due to the ongoing coronavirus pandemic.

Districts 1, 2, 7 and 8, which make up roughly the western half of the state, will have their combined meeting on Monday, Nov. 30. Districts 3, 4, 5 and 6 in the eastern part of the state, will follow on Tuesday, Dec. 1. Both meetings will start at 7 p.m. Central Time and conclude around 9 p.m.

The meetings will begin with department presentations, followed by questions and answers with select staff, including director Terry Steinwand and deputy director Scott Peterson.

Outdoor enthusiasts are invited to this public livestream event by visiting the Game and Fish website on the days of the meetings. Questions can be submitted in advance at ndgflive@nd.gov, or via live chat during the event.

Outdoor recreationists who install devices for viewing wildlife on private land should be aware of a state law that was passed during the 2019 legislative session.

The law requires an individual who enters private property and installs a device for observing, recording or photographing wildlife to receive written permission from the landowner. Otherwise, the device must be identified with a permanently affixed metal or plastic tag with either a registration number issued by the North Dakota Game and Fish Department, or the individual’s name, address and telephone number.

The equipment registration number does not expire. 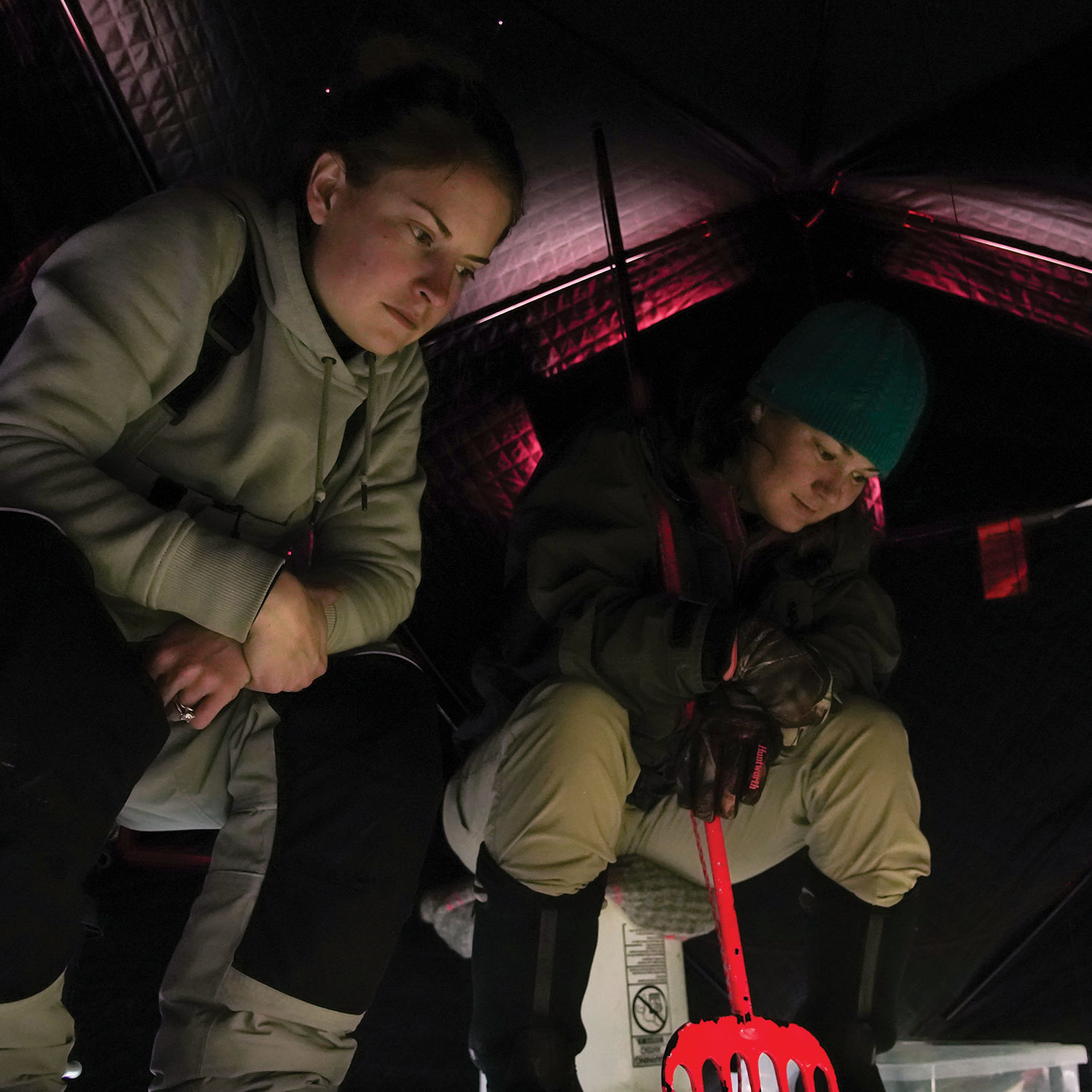 Individuals who are required to possess the needed valid fishing license to participate in darkhouse spearfishing must register with the North Dakota Game and Fish Department prior to participating. Registration is available online.

Anglers should refer to the 2020-22 North Dakota Fishing Guide for more information.

The North Dakota Game and Fish Department is taking orders for its North Dakota OUTDOORS calendar, the source for all hunting season and application dates for 2021. Along with outstanding color photographs of North Dakota wildlife and scenery, it also includes sunrise-sunset times and moon phases.

Order online or send $3 for each, plus $1 postage, to: Calendar, North Dakota Game and Fish Department, 100 N. Bismarck Expressway, Bismarck, ND 58501-5095. Be sure to include a three-line return address with your order, or the post office may not deliver our return mailing.

The calendar is the North Dakota OUTDOORS magazine’s December issue, so current subscribers will automatically receive it in the mail.

North Dakota Game and Fish Department enforcement personnel are issuing a reminder that a permit is required before taking possession of a dead deer found near a road or in a field. Only shed antlers can be possessed without a permit.

Permits to possess are free and available from game wardens and local law enforcement offices. 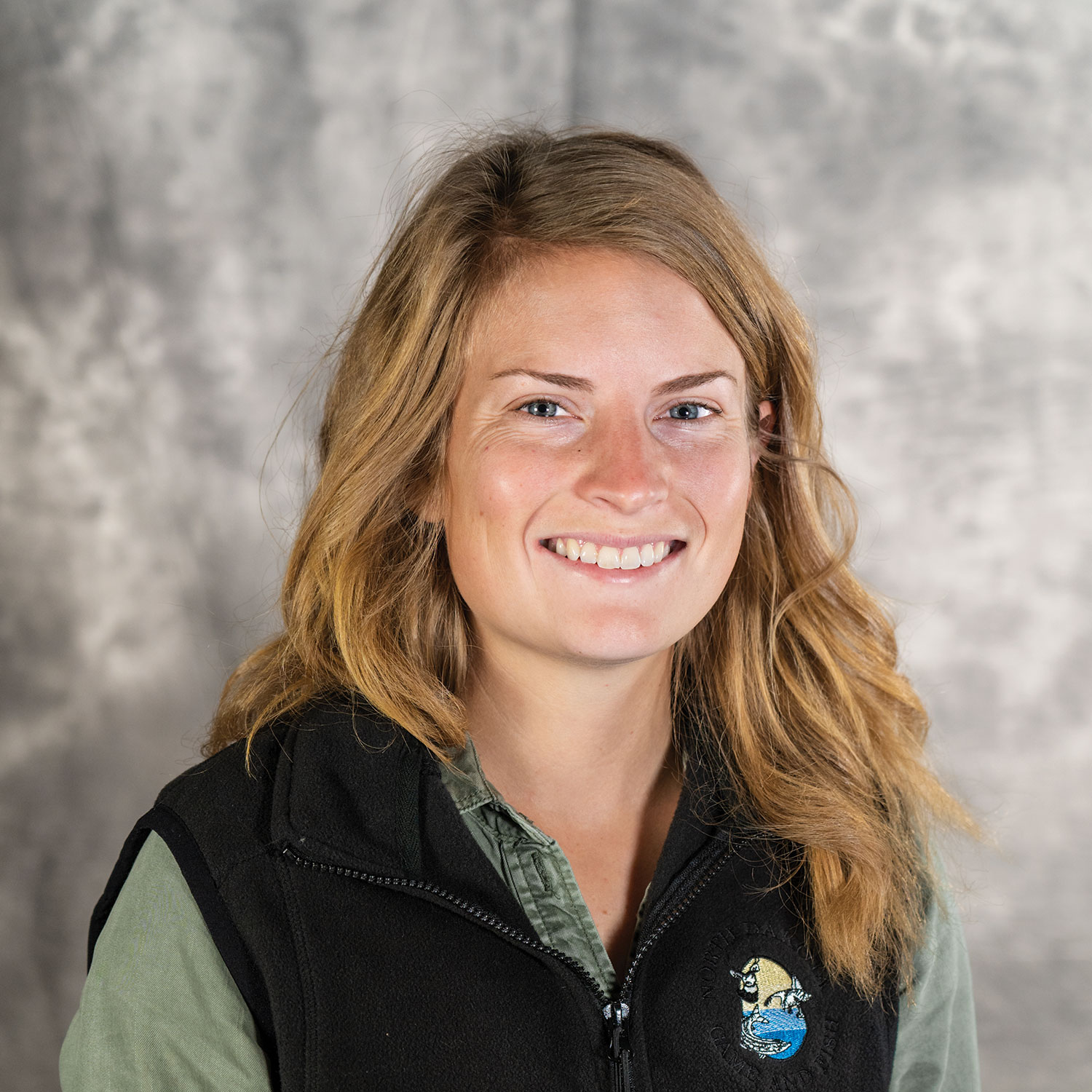 Cayla Bendel of Lakeville, Minn., was hired as the Game and Fish Department’s R3 coordinator. Bendel graduated from the University of Minnesota Crookston with a Bachelor of Science degree in natural resource management, with a minor in communications. She also earned a Master of Science in range science from North Dakota State University.