The state Game and Fish Department is allowing hunters with whitetail or “any” deer gun licenses in several units in western North Dakota the option of turning those licenses in for refunds.

Casey Anderson, wildlife chief, said the decision is based on continuing reports of white-tailed deer mortality caused by epizootic hemorrhagic disease, and evidence of moderate to significant deer losses in some areas that might affect hunting success in those locations. The first confirmed EHD report occurred in early August.

“Compared to previous years, a much larger portion of the state seems to be affected,” Anderson said. “Unfortunately, substantial mortality has been documented in some areas.”

Game and Fish made license refunds an option for hunters in 2020 because of an EHD outbreak in limited units.

Department staff will continue to monitor reports to determine if licenses in additional units should become eligible for refunds due to the EHD outbreak. Hunters and landowners should report any dead deer along with photos, if possible, to the department through the online wildlife mortality reporting system, at gf.nd.gov/mortality-report.

Before deciding to turn in a license, Anderson urges license holders to make local contacts to find out the extent of mortality in their hunting unit.

“Consistent with previous EHD outbreaks, the impact can at times be severe in localized areas while other areas within the unit have little to no impact and a good deer harvest may still be needed,” he said.

License holders who qualify and want a refund must mail their tag, along with a note requesting a refund due to EHD, to the Game and Fish Department’s Bismarck office no later than Nov. 4. Envelopes postmarked Nov. 4 will be accepted.

EHD, a naturally occurring virus that is spread by a biting midge, is often fatal to infected white-tailed deer, while mule deer do not usually die from the disease. Hunters do not have to worry about handling or consuming meat from infected deer because the virus that causes EHD is not known to cause disease in humans. In addition, the first series of hard frosts typically kills the midge that transmits the EHD virus and will slow or halt the spread of the disease. 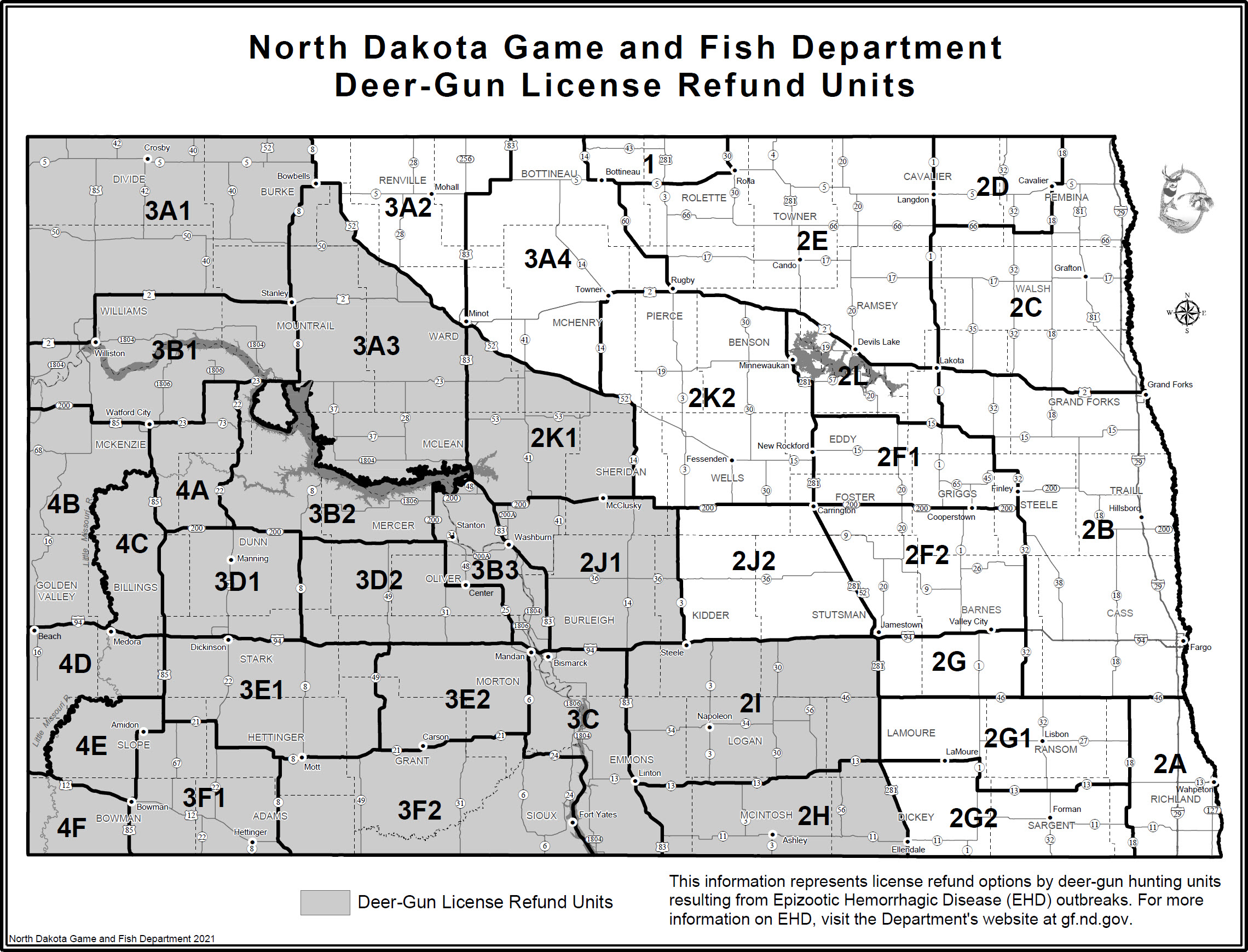 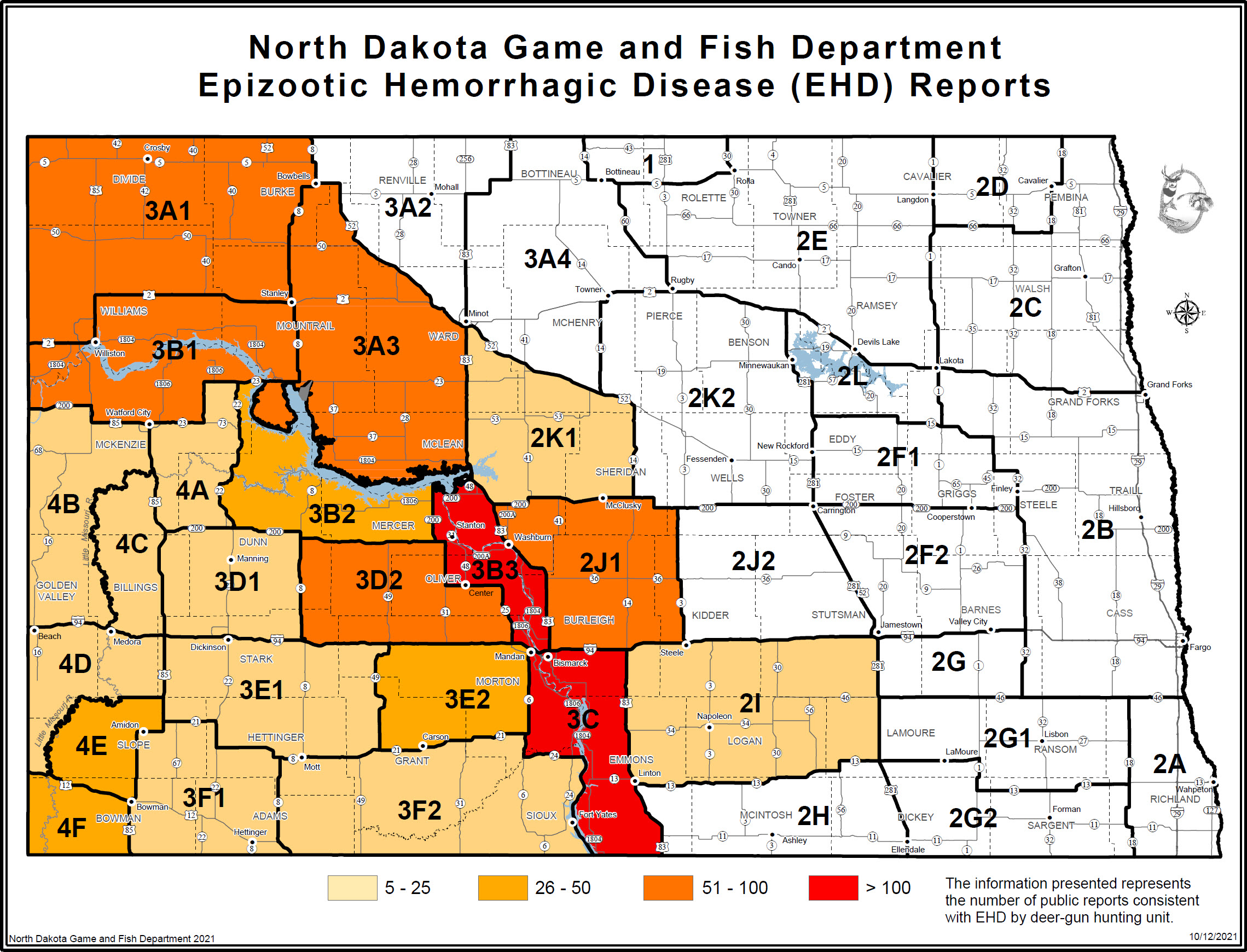