Ice Anglers Reminded to Clean Up

Virus the Cause of Eurasian Collared Dove Mortalities 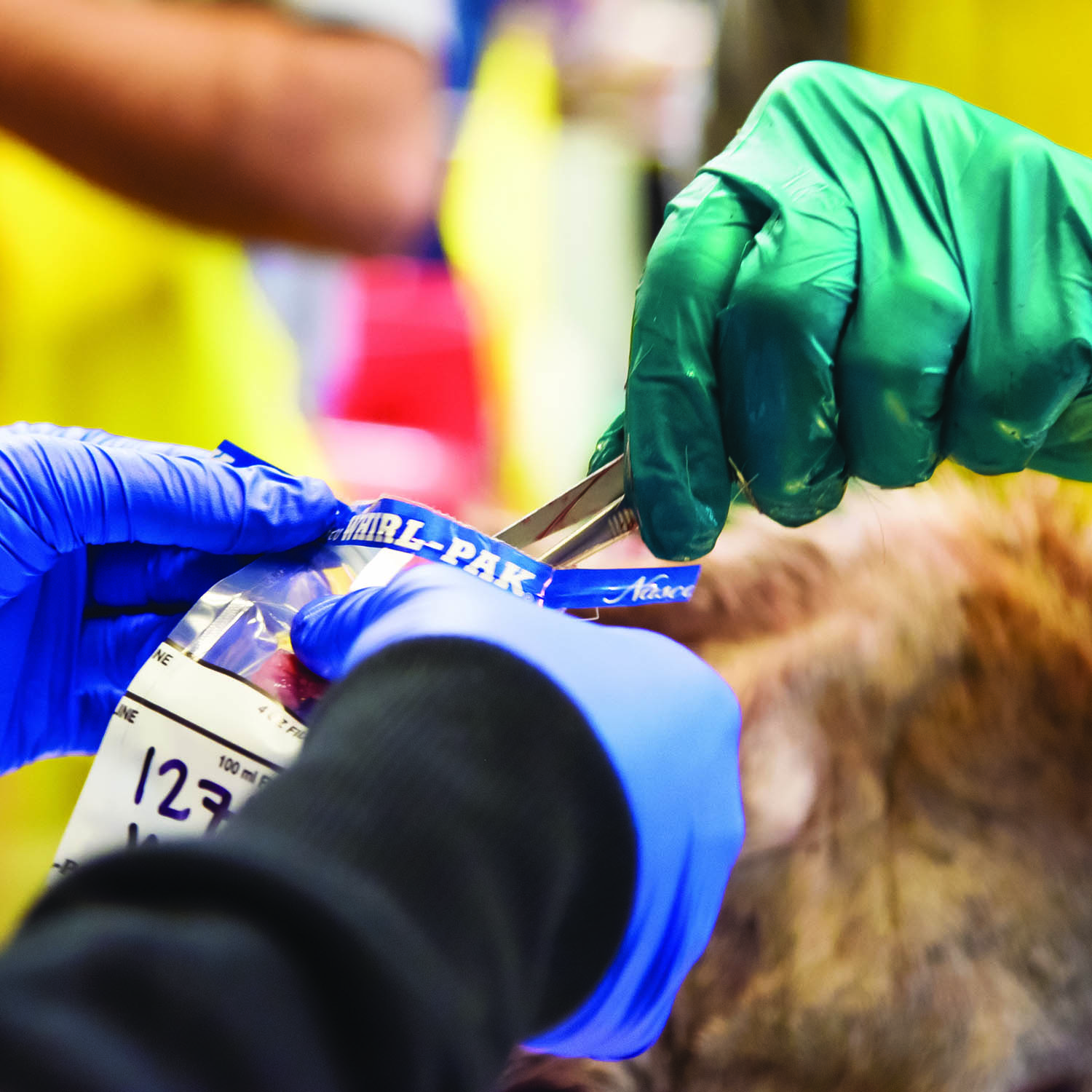 All were antlered deer taken from areas previously known to have CWD – six from unit 3F2 and two from 3A1. Bahnson said six of the eight were mule deer, with two whitetails from unit 3F2. CWD was not detected in any deer harvested in the eastern portion of the state where hunter-harvested surveillance was conducted last fall. In addition, no elk or moose tested positive.

“Only about 15% of hunters submit heads for testing in units where CWD has been found, so the infection rate is more meaningful than the raw number of positive animals found,” Bahnson said. “Approximately 3% of harvested mule deer were infected with CWD in unit 3F2, and roughly 2% in unit 3A1. Our infection rate in whitetails in 3F2 was about 1%.

“Overall,” he continued, “we could probably live with these current infection rates long-term, but they suggest an upward trend and we’ve certainly seen an expansion in the known distribution of the disease. We need to continue to try to limit the spread within our herds as best as we can.”

CWD is a fatal disease of deer, moose and elk that can cause long-term population declines if left unchecked.

Bahnson said the eight positive deer put the total at 11 detected since September 1. As previously reported, two mule deer taken in September tested positive for CWD – one was harvested during the archery season from deer gun unit 4B, and one during the youth season in unit 3A1. CWD was also detected in a white-tailed deer from unit 3F2 that was euthanized in December following a report from the public that it appeared sick and was displaying erratic behavior.

Game and Fish will use its 2019 surveillance data to guide its CWD management strategy moving forward. More information about CWD is available on the Game and Fish Department’s website, gf.nd.gov/cwd.

Residents must have a valid current season 2019-20 (valid through March 31) or 2020-21 (required April 1) combination license; or a small game, and general game and habitat license. The 2020-21 license is available for purchase beginning March 15.

Nonresidents need a 2020 spring light goose conservation order license. The cost is $50 and the license is valid statewide. Nonresidents who hunt in the spring remain eligible to buy a fall season license. The spring license does not count against the 14-day fall waterfowl hunting season regulation.

In addition, nonresident youth under age 16 can purchase a license at the resident fee if their state has youth reciprocity licensing with North Dakota.

A federal duck stamp is not required for either residents or nonresidents.

Resident and nonresident licenses are available online at the North Dakota Game and Fish Department website, gf.nd.gov, by calling 800-406-6409, and at license vendor locations around the state. 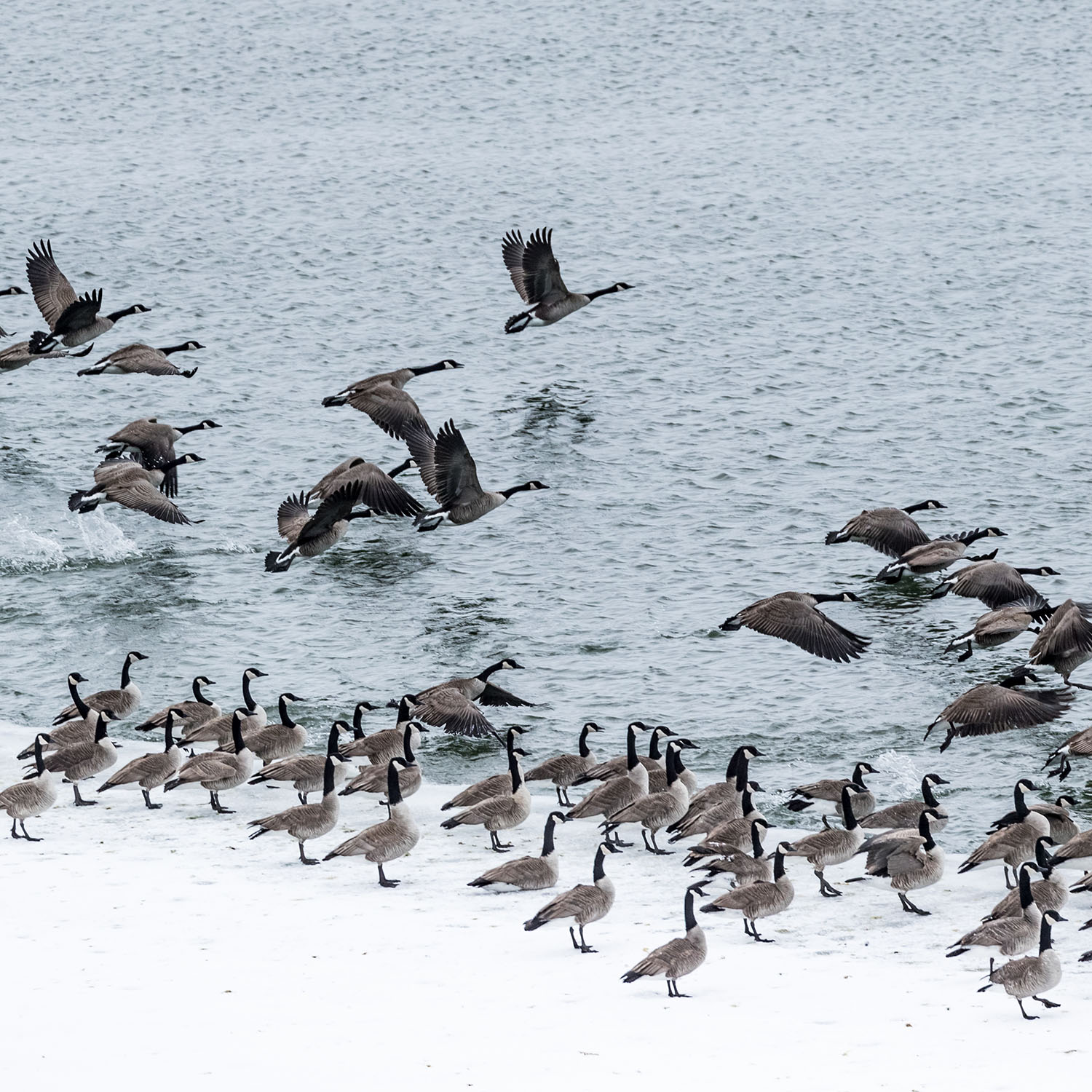 “Particularly, the cold snap we experienced during the first and second weeks of November moved a lot of birds south of us earlier than normal and we struggled to build up great numbers after this,” Dinges said.

Dinges said after summarizing the numbers, an additional 4,200 mallards were tallied statewide, most of which were recorded on Nelson Lake.

All states participate in the midwinter survey during the same time frame, to reduce the possibility of counting birds more than once.

The North Dakota Game and Fish Department will have 780 any-deer bow licenses available to nonresidents in 2020.

Applicants can apply beginning March 15. The deadline for applying is April 15.

Up to five hunters can apply together as a party. A lottery will be held if more applications are received than licenses available. A total of 1,209 people applied in 2019.

Ice Anglers Reminded to Clean Up 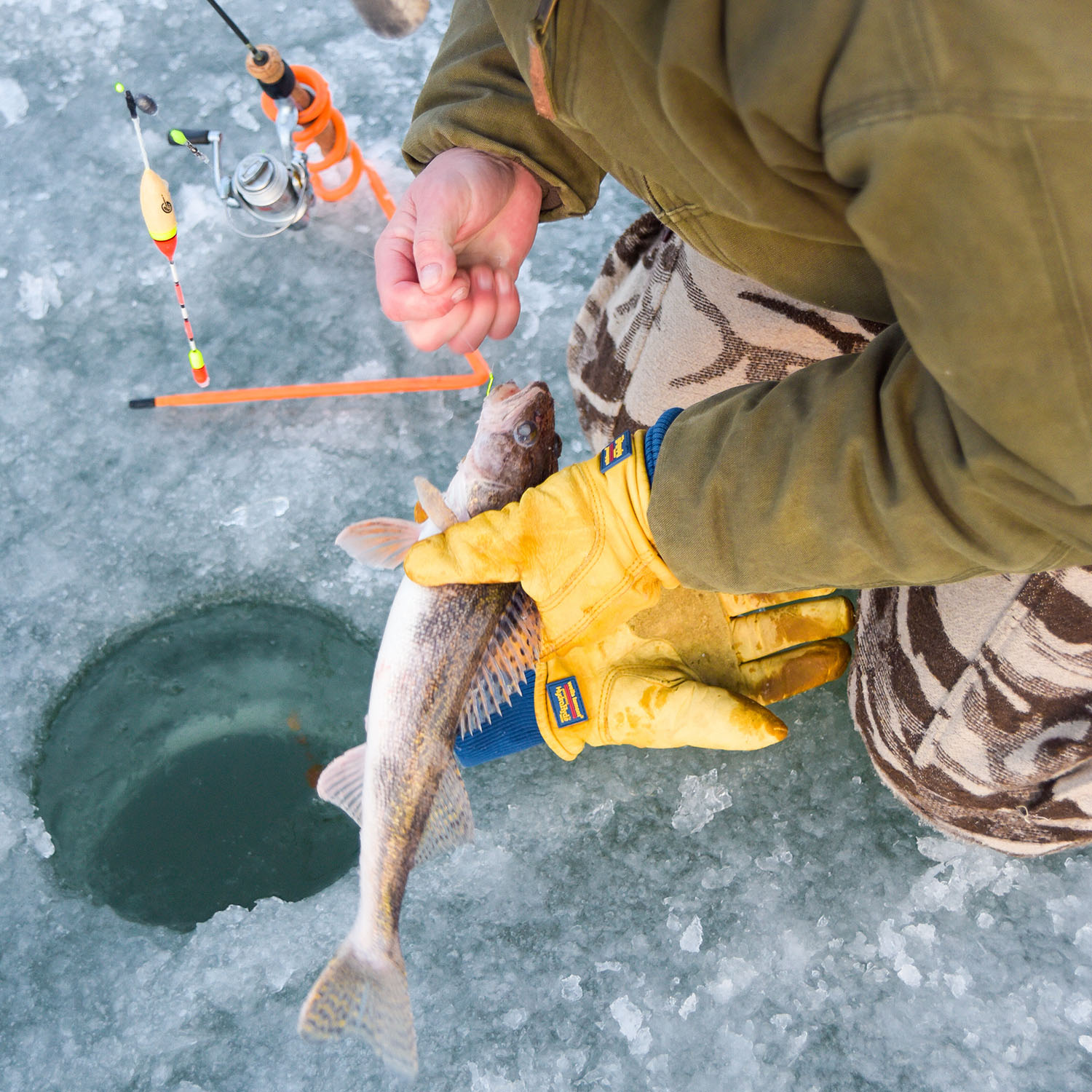 The North Dakota Game and Fish Department reminds winter anglers to clean up the ice after fishing. This not only applies to trash, but fish as well.

It is not only unsightly, but it is illegal to leave fish, including minnows used for bait, behind on the ice. According to state fishing regulations, when a fish is caught, anglers must either immediately release the fish back into the water unharmed or reduce them to their daily possession.

It is common practice for some anglers to fillet fish on the ice,

which is allowed, as long as fish entrails and other parts are removed from the ice and properly disposed of at home.

In addition, all trash, including aluminum cans, cigarette butts and Styrofoam containers, must be packed out and taken home. 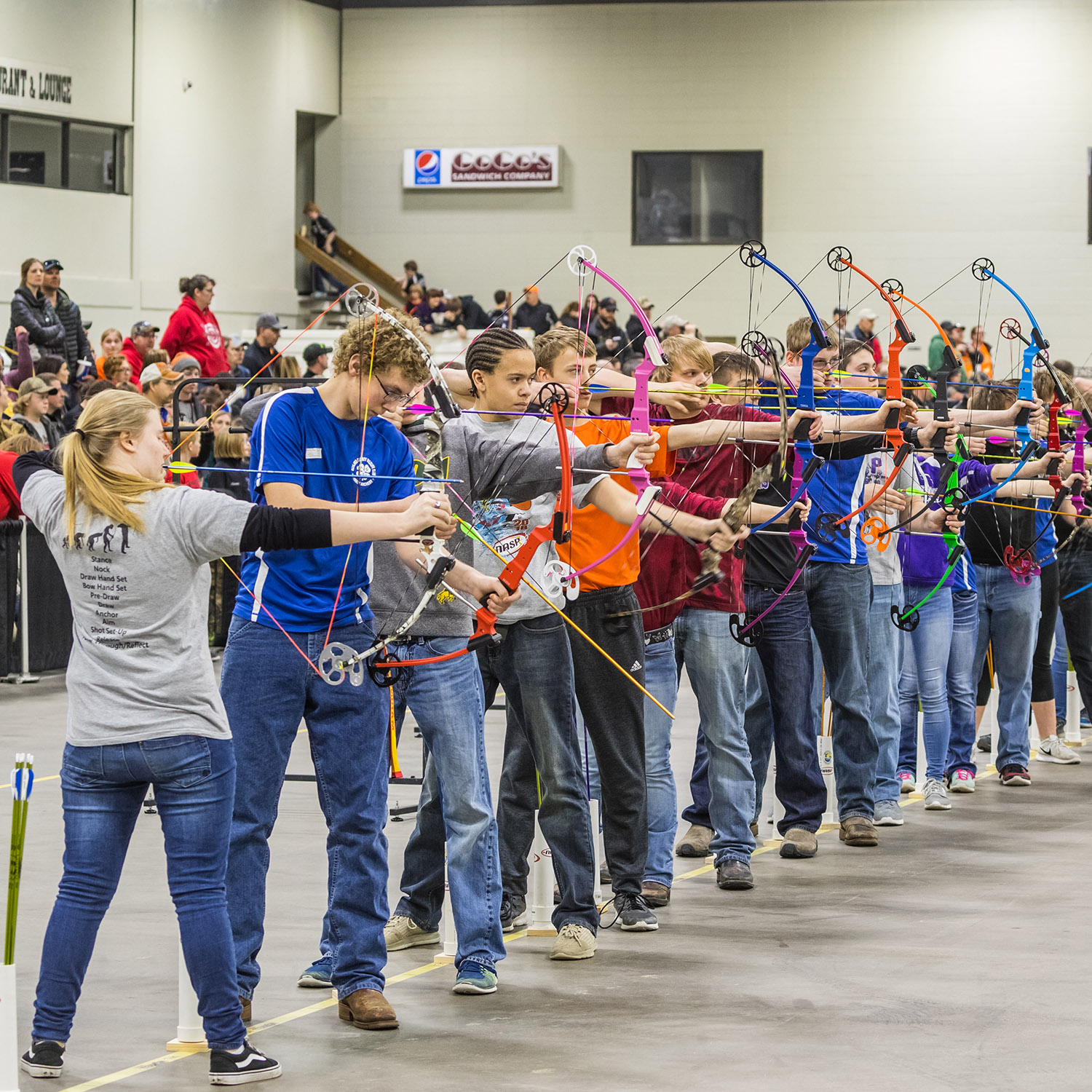 The North Dakota National Archery in the Schools Program state tournament is scheduled for March 20-21 at the State Fair Center in Minot. The tournament will feature competition in Bullseye or Olympic style, 3-D and Varsity Archery.

The tournament consists of team and individual competition in elementary, middle school and high school divisions, including awards and prizes, and up to $20,000 in college scholarships available to the top 10 boys and girls in each grade division.

Additionally, the top 10 boys and girls qualify for NASP nationals in Louisville, Kentucky. The top prize in the 3-D competition is an all-inclusive pronghorn hunt in Wyoming.

The state tournament and all other local and regional NASP tournaments are open to any student in grades 4-12 who attend a school that offers NASP lessons during the school day.

For more information, or to find out if your child’s school participates in NASP, contact Jeff Long, North Dakota state coordinator, at jrlong@nd.gov, or call 701-328-6322.

The state Game and Fish Department’s annual Earth Day awareness campaign is accepting entries for design of a 2020 Earth Day patch. North Dakota students ages 6-18 are eligible to participate. The deadline for submitting entries is March 15.

The Game and Fish Department will announce a winner in three age categories – 6-9, 10-13 and 14-18. Each winner will receive a pair of binoculars. The final patch design will be chosen from the three winners.

The winning design will be used on a patch given to members of Girl Scouts, Boy Scouts, 4-H clubs and any school participating in Earth Day cleanup projects on state-owned or managed lands in North Dakota in April and May.

The patch should incorporate some aspect of Earth Day – celebrated April 22 – or keeping North Dakota clean. It must be round and three inches in diameter. There is a limit of five colors on the patch, and lettering must be printed. Name, address, age and phone number of the contestant must be clearly printed on the entry form. Only one entry per person is allowed.

Virus the Cause of Eurasian Collared Dove Mortalities 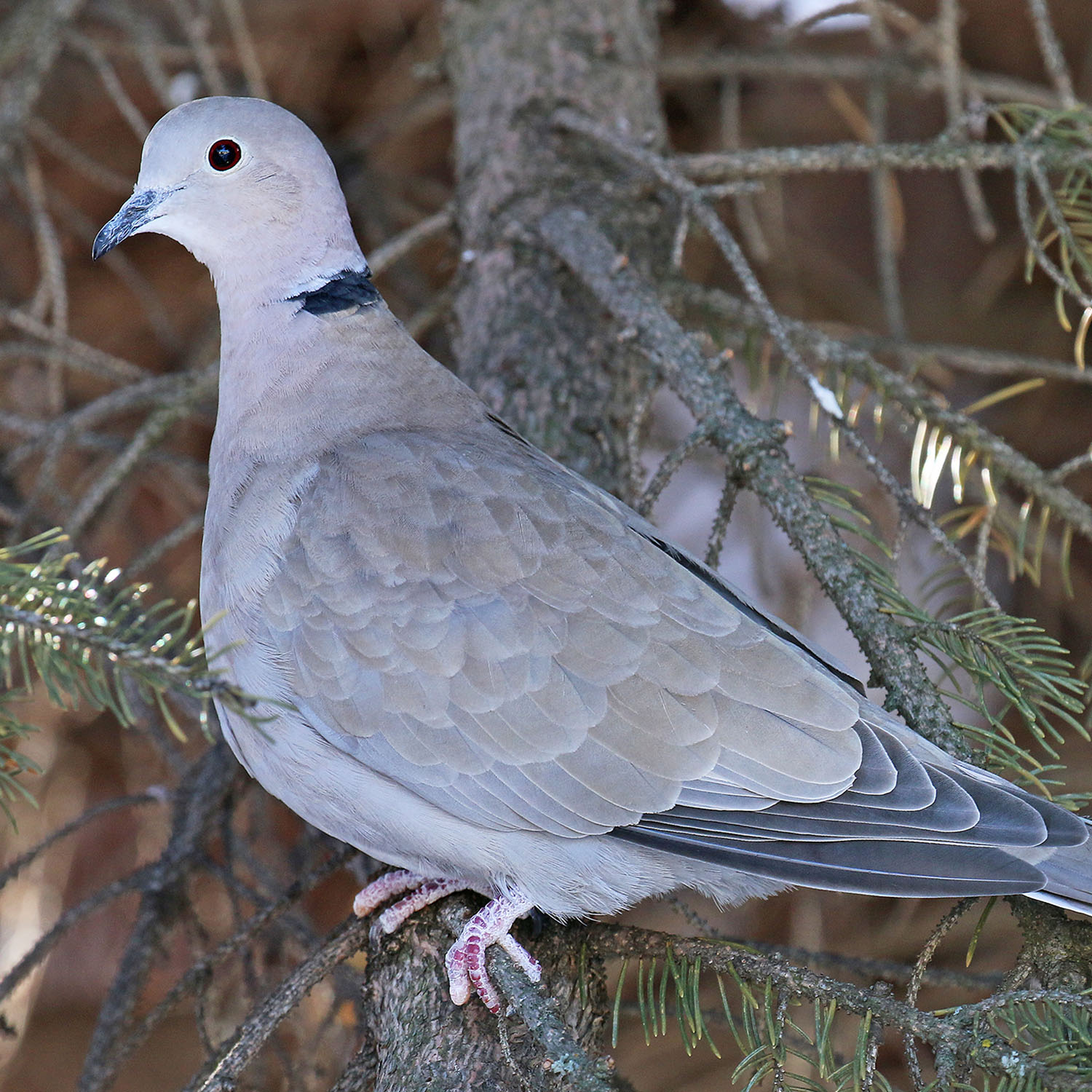 The North Dakota Game and Fish Department has received numerous reports of dead and dying Eurasian collared doves in the Bismarck-Mandan area since December. Pigeon paramyxovirus-1 has been confirmed as the cause of death.

PPMV-1 primarily affects Eurasian collared doves and pigeons and is believed to spread by direct contact between birds. Mourning doves are also susceptible, although no deaths have been reported. There is no treatment or vaccine for PPMV-1, but impacts of the disease can be reduced through limiting congregation of birds by removing bird feeders and baths, and by disposing of carcasses.

Game and Fish is working to document the extent of the disease outbreak. Anyone who has observed three or more dead birds in North Dakota over the last two months is asked to contact the Game and Fish wildlife health lab. Be sure to include your name, address and number of birds observed.

Anglers are advised to use caution because mild weather conditions can quickly result in unstable ice conditions.

Fish houses may be used after March 15 if they are removed from the ice daily. In addition, it is illegal to leave fish houses on any federal refuge land or on any state-owned or managed land after March 15. 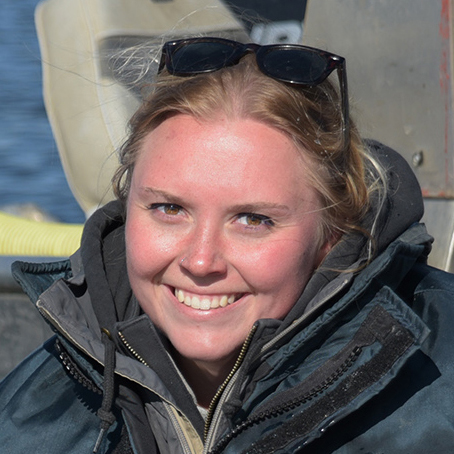 Mattea Bierman has been hired as the wildlife technician/administrative assistant in Riverdale. She has a bachelor’s degree in fisheries and wildlife science from Valley City State University.