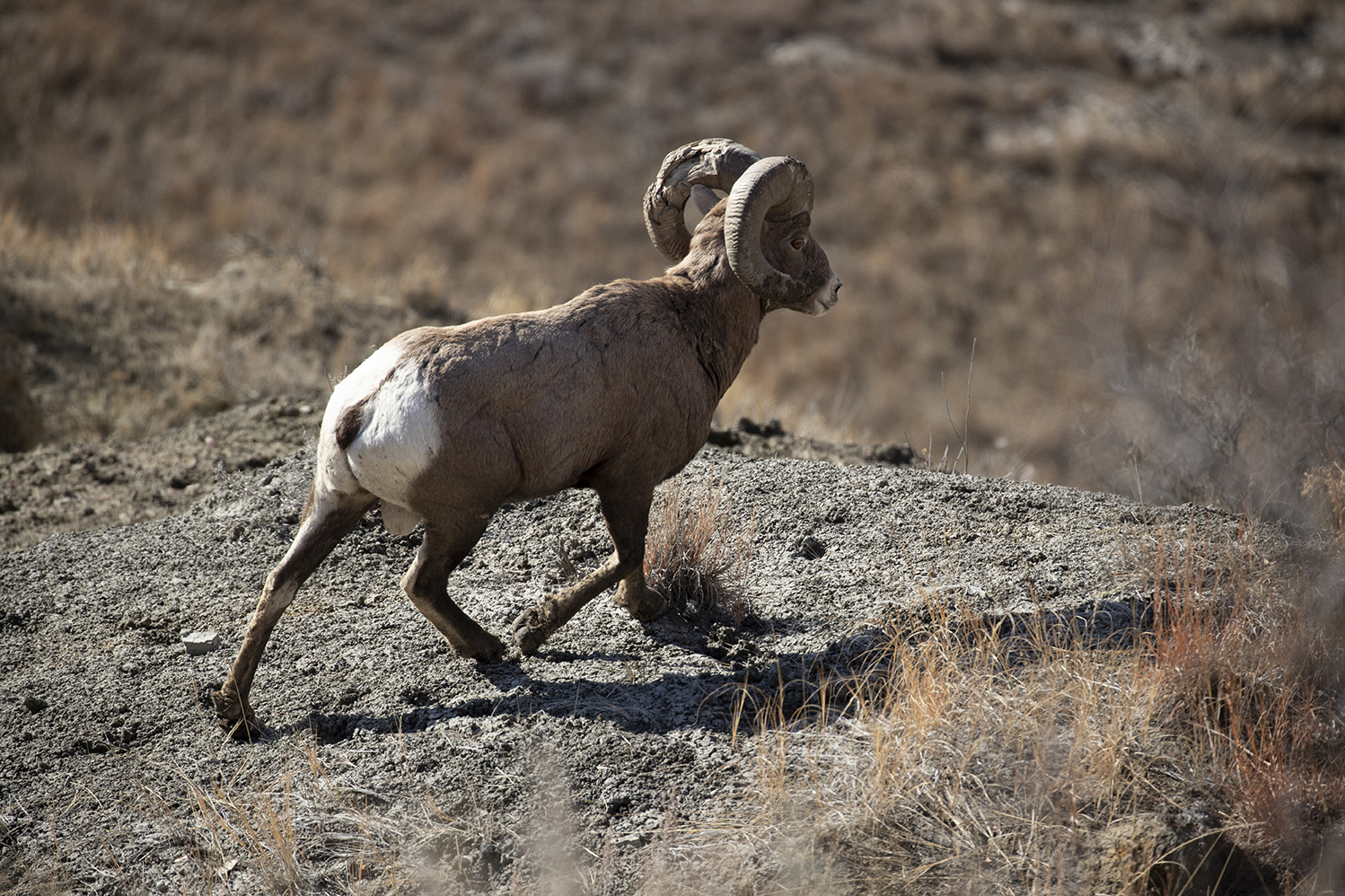 Harvest statistics released by the North Dakota Game and Fish Department show overall hunter success during the 2019 season for bighorn sheep was 100 percent, 87 percent for moose and 62 percent for elk.

Several lake contour maps were recently updated to include greater detail and quality and are now available on the North Dakota Game and Fish Department website.

All contour maps are available by accessing the fishing link at gf.nd.gov/fishing, then clicking on “where to fish.”

Whooping cranes are in the midst of their spring migration and sightings will increase as they make their way into and through North Dakota over the next several weeks. Anyone seeing these endangered birds as they move through the state is asked to report sightings so the birds can be tracked.

Whooping cranes that do make their way through North Dakota are part of a population of about 500 birds that are on their way from wintering grounds at Aransas National Wildlife Refuge in Texas to their nesting grounds at Wood Buffalo National Park in Canada, a distance of about 2,500 miles.

Whoopers stand about five feet tall and have a wingspan of about seven feet from tip to tip. They are bright white with black wing tips, which are visible only when the wings are outspread. In flight they extend their long necks straight forward, while their long, slender legs extend out behind the tail. Whooping cranes typically migrate singly, or in groups of 2-3 birds, and may be associated with sandhill cranes.

Other white birds such as snow geese, swans and egrets are often mistaken for whooping cranes. The most common misidentification is pelicans, because their wingspan is similar and they tuck their pouch in flight, leaving a silhouette similar to a crane when viewed from below.

Anyone sighting whoopers should not disturb them, but record the date, time, location, and the birds' activity. Observers should also look closely for and report colored bands which may occur on one or both legs. Whooping cranes have been marked with colored leg bands to help determine their identity.

(Note: See the Game and Fish Department’s website, gf.nd.gov, for updated information regarding the 2020 paddlefish season.)

North Dakota’s paddlefish snagging season opens May 1 and is scheduled to continue through May 21. However, depending on the overall harvest, an early in-season closure may occur with a 24-hour notice issued by the state Game and Fish Department.

Legal snagging hours are from 7 a.m. to 7 p.m. daily. One tag per snagger will be issued. Snagging is legal in all areas of the Yellowstone River in North Dakota, and in the area of the Missouri River lying west of the U.S. Highway 85 bridge to the Montana border, excluding that portion from the pipeline crossing (river mile 1,577) downstream to the upper end of the Lewis and Clark Wildlife Management Area (river mile 1,565).

If the season closes early because the harvest cap is reached, an extended snag-and-release-only period will be allowed for up to seven days immediately following the early closure, but not to extend beyond May 21. Only snaggers with a current season, unused paddlefish snagging tag are eligible to participate. In the past, a limited area at the confluence of the Missouri and Yellowstone rivers was open to this extended season snagging opportunity. This year, that open area is extended to a placed called Ryder Point a few miles downstream from the confluence.

Mandatory harvest of all snagged paddlefish is required on Tuesdays, Wednesdays, Fridays and Saturdays. On these days, all paddlefish caught must be kept and tagged immediately. All paddlefish snagged and tagged must be removed from the river by 7 p.m. of each snagging day. Any fish left at the confluence fish cleaning caviar operation after 8 p.m. the day they were snagged will be considered abandoned and the snagger is subject to a fine.

The state Game and Fish Department is asking for help in locating bald eagle nests in North Dakota.

Eagles actively incubate eggs in March and April, and it’s easy to distinguish an eagle nest because of its enormous size. Johnson estimates the state has around 215 active bald eagle nests, possibly more.

Eagle nests are observed in more than three-quarters of the counties in the state, mostly near streams and mid- to large-sized lakes. However, they are also found in unique areas such as shelterbelts surrounded by cropland or pasture.

Nest observations should be reported online at the Game and Fish website, gf.nd.gov., or by email at ndgf@nd.gov.

Observers are asked to not disturb the nests, and to stay away at a safe distance. Johnson said foot traffic may disturb birds, likely causing eagles to leave their eggs or young unattended. 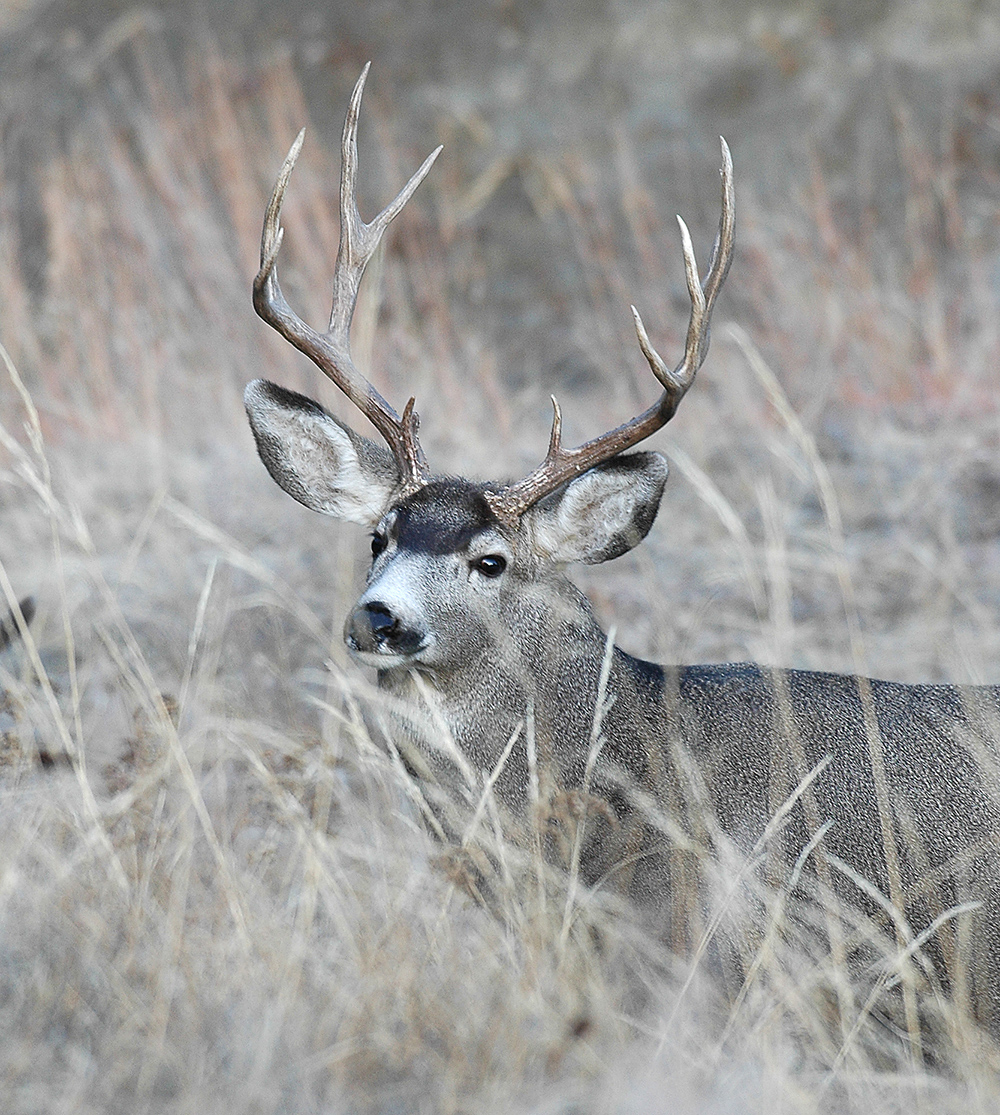 The North Dakota Game and Fish Department will have 780 any-deer bow licenses available to nonresidents in 2020.

Applicants can apply online. The deadline for applying is April 15.

Up to five hunters can apply together as a party. A lottery will be held if more applications are received than licenses available. A total of 1,209 people applied in 2019.

The next guide and outfitter written examination is May 9 at 1 p.m. at the North Dakota Game and Fish Department office in Bismarck. The test is given periodically to anyone interested in becoming a guide or outfitter in the state.

In addition to passing a written exam, qualifications for becoming a guide include a background check for criminal and game and fish violations; certification in cardiopulmonary resuscitation and standard first aid; and employment by or contract with a licensed hunting outfitter.

Hunting outfitter eligibility requirements include the guide qualifications, as well as an individual must have held a hunting guide license for two years; and must have proof of liability insurance.

Interested individuals are required to preregister by calling the Game and Fish Department’s enforcement office at 701-328-6604.

Volunteer instructors for the North Dakota Game and Fish Department were recently recognized at the annual recognition event in Bismarck.

Longtime volunteers were also recognized for their service to the Game and Fish Department: 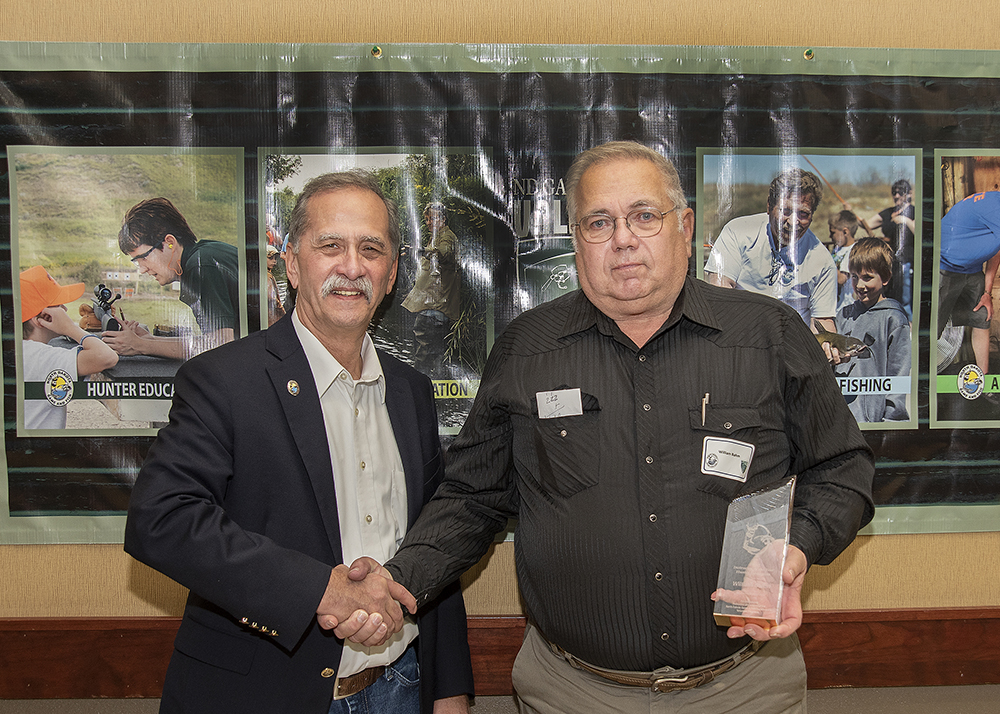 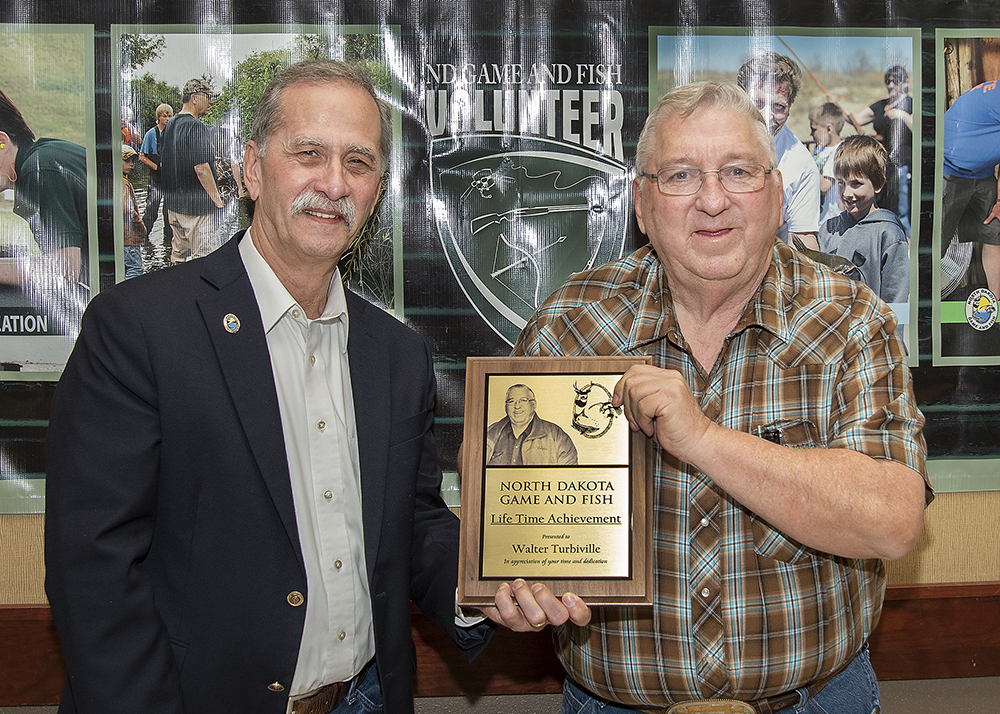 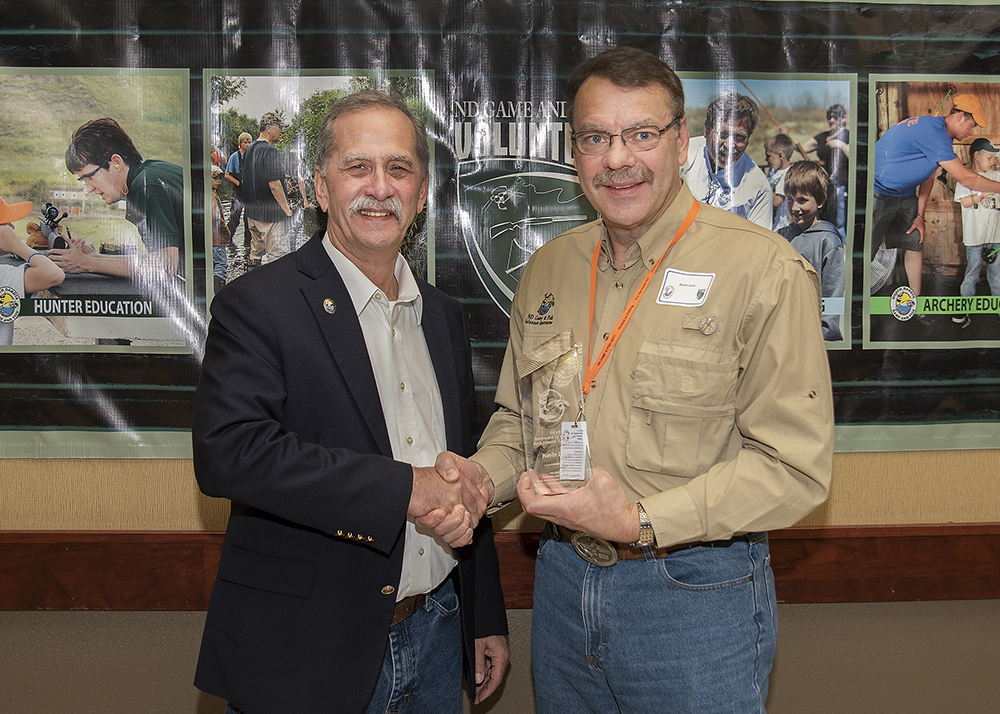 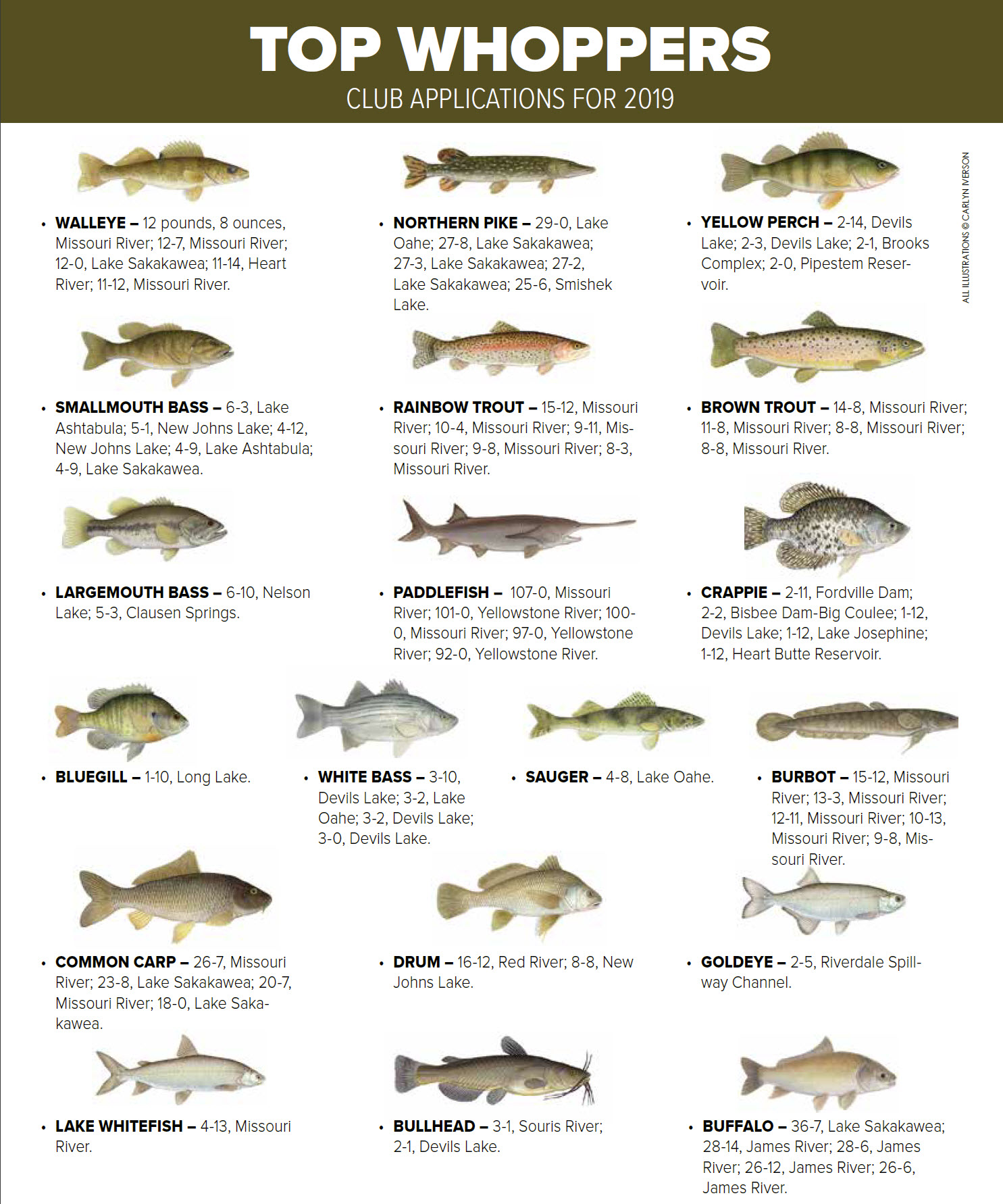