NDGF and USDA Partner to Help Landowners with CRP Offers

Hunting and Fishing Legislation on Game and Fish Website 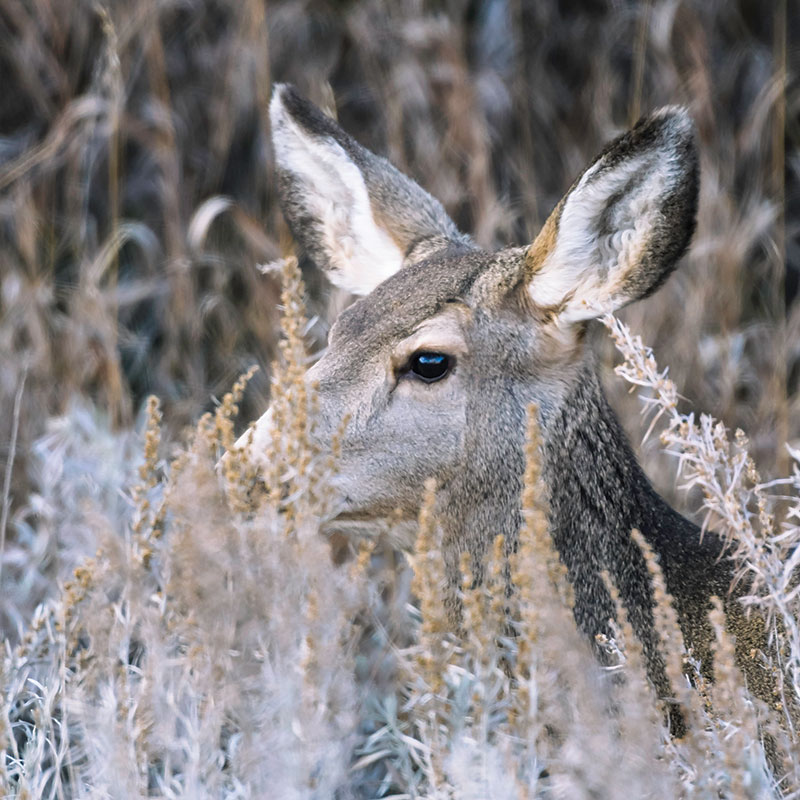 “Overall, fawn production was good which could lead to population growth depending on the severity of this winter,” said Bruce Stillings, big game management supervisor, Dickinson.

Snowfall and poor ground conditions during most of the survey limited biologists to 18 of the 24 study areas, Stillings said.

Advancements in technology, easily retrieved on the Game and Fish Department’s website, allow ice anglers access to more than 200 lake contour maps, providing yet another tool in the angler’s tackle box.

“Back when we first started mapping in the early 2000s, anglers pretty much had to print a paper lake contour map at home and take it with them to help navigate and find the underwater features,” said Jerry Weigel, Department fisheries production and development section supervisor.

Anglers now have access to two free smartphone mobile apps on the Game and Fish Department website, both of which provide interactive functionality and work with a phone’s GPS.

One option, Weigel said, is ESRI ArcGIS Explorer, which requires cellular service to work in the field.

“When you’re out on the lake and you have the app running, it literally has the lake contour lines and everything,” he said. “It’d be the exact same thing you would do with your Lowrance GPS or young Hummingbird GPS when you’re navigating open water in the summer.”

Considering cellular service is iffy, at best, on about 30% of North Dakota’s fishing waters, there are benefits to downloading maps to your mobile device before leaving home using the Avenza Geospatial PDF app.

“With this electronic fishing map information and you see there’s a sunken island out there, you can literally drive right to it on the ice using either of the two technologies,” Weigel said.

Weigel added that there is something anglers need to keep in mind when using this GPS technology on their favorites fishing waters.

“They imply they’re absolute,” he said. “In other words, when it says it’s 15 feet deep, we say that there’s 15-foot depth in that general area. But folks need to keep in mind that their GPS’s are plus or minus 10 feet at the best.”

“There have never been stronger populations of fish than there is now,” Weigel said. “It’s amazing. And we literally have twice the number of fishing lakes as there once was.”

NDGF and USDA Partner to Help Landowners with CRP Offers 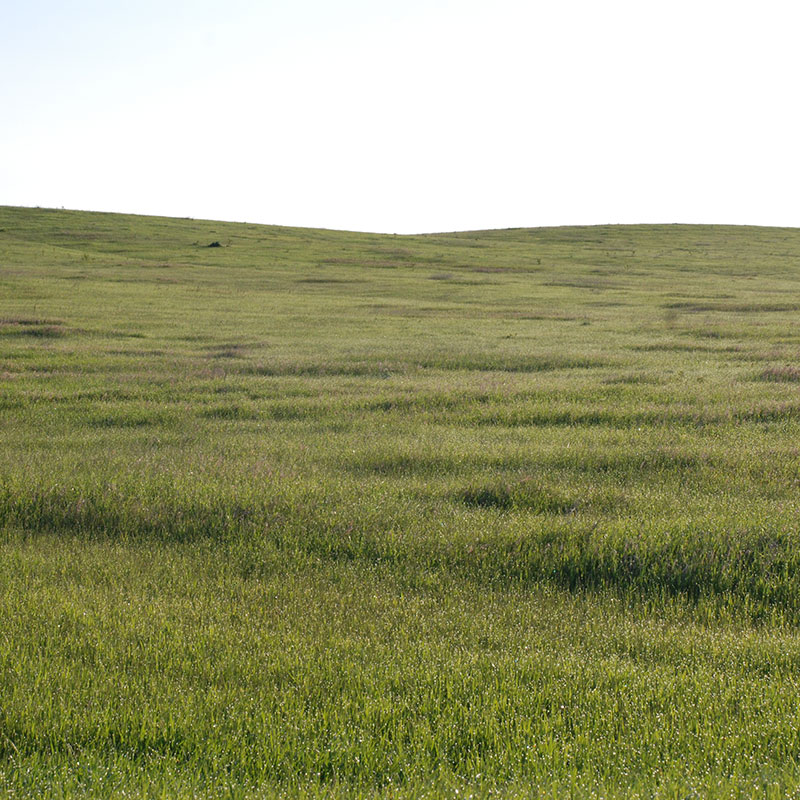 The U.S. Department of Agriculture is accepting applications for its voluntary Conservation Reserve Program. Private landowners can sign up at their local USDA Farm Service Agency office through Feb. 12.

This popular USDA program provides options for environmentally sensitive land by reducing soil erosion and improving water quality, but it also provides significant benefits to wildlife populations through the habitat it creates. The habitat created by CRP makes it a great fit for the Game and Fish Department’s Private Land Open To Sportsmen program.

Landowners are encouraged to visit the Department's CRP Contact page to answer a few questions that will direct them to their local FSA county office for more detailed information and to apply for CRP. Landowners can also request to be contacted by a Game and Fish private land biologist to learn more about additional incentives and cost-share for allowing walk-in hunting access to their CRP through PLOTS.

Hunting and Fishing Legislation on Game and Fish Website 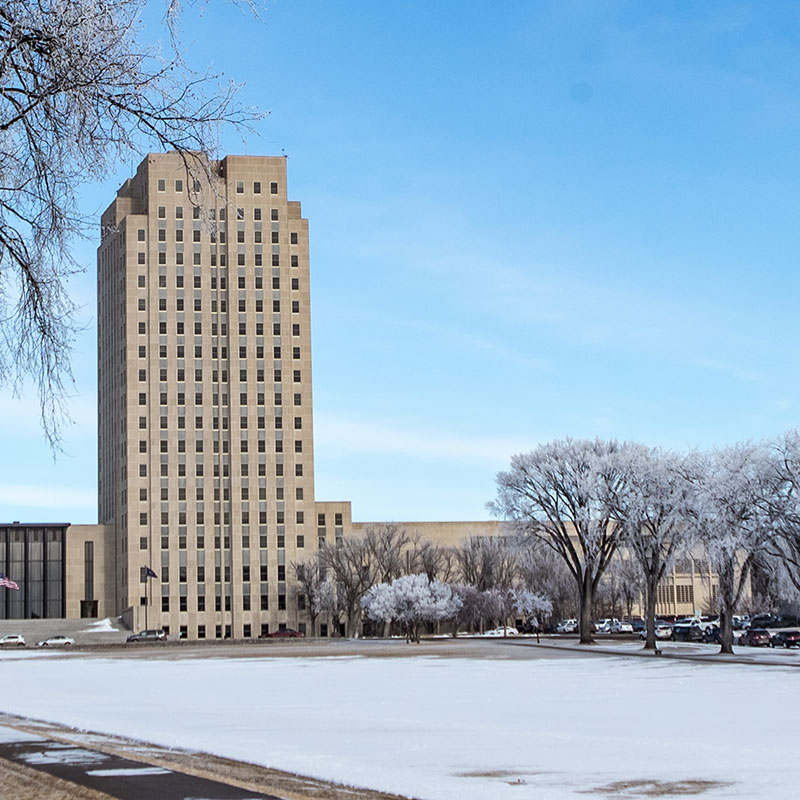 The North Dakota Game and Fish Department will once again track hunting and fishing issues during the 2021 legislative session.

A brief description of each bill will be included. To view each bill in its entirety, click on the linked bill number. 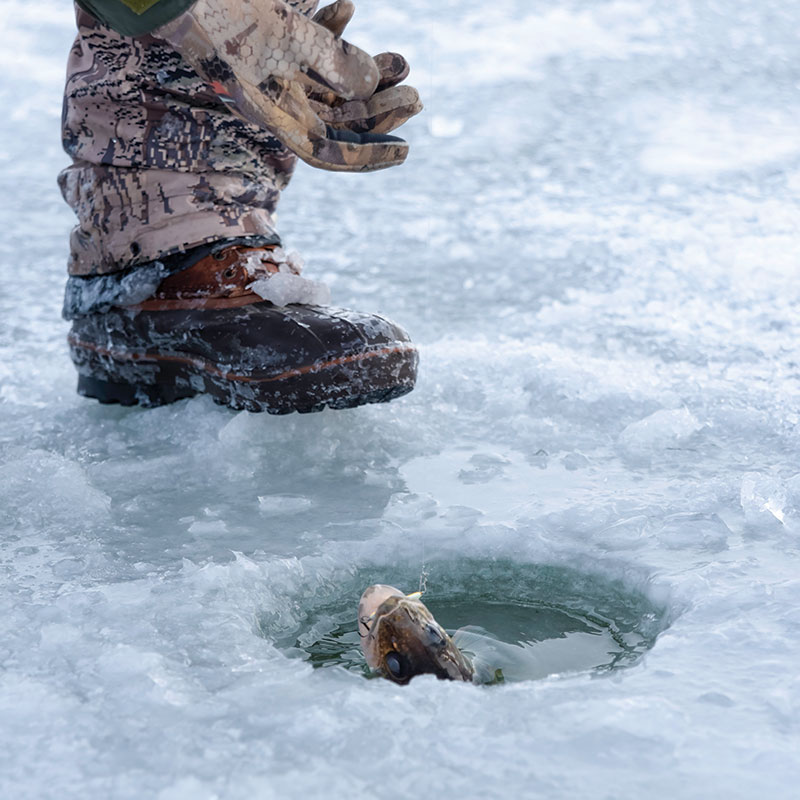 A push to encourage open-water anglers to keep fish caught from deep waters should carry over into the ice fishing season, state fisheries biologists say.

Catch-and-release fishing, no matter the time of year, is discouraged for fish caught in 25 feet or more of water because fish reeled in from those depths have a greater chance of dying if released.

Fish caught in deep water won’t likely survive because of the extreme change in water pressure, which causes the swim bladder to expand. Fish can no longer control their balance in the water column when this happens. Other internal injuries, such as rupturing of organs and bleeding, are also likely for fish hauled from deep waters.

Devils Lake ice anglers commonly catch yellow perch in 30-45 feet of water during the winter months. Of course, this practice also translates to other deep water bodies around the state.

Anglers targeting fish at 25 feet or more should make the commitment to keep what they catch. And once they reach their limit, anglers should stop fishing at that depth to avoid killing more than their limit of fish.

To help North Dakota hunters prepare for hunting seasons in 2021, the North Dakota Game and Fish Department annually provides its best estimate for opening dates for the coming year.

Dates become official when approved by governor’s proclamation. Tentative opening dates for 2021 include: 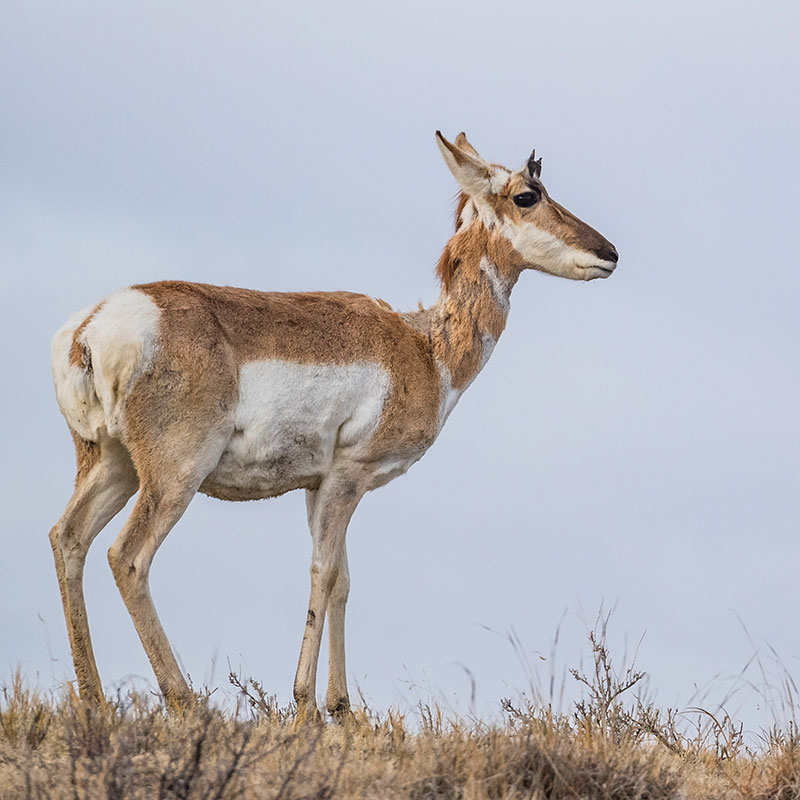 Hunter success during last fall’s pronghorn hunting season was 76%, according to statistics provided by the North Dakota Game and Fish Department.

The 2021 pronghorn hunting season will be determined in July. 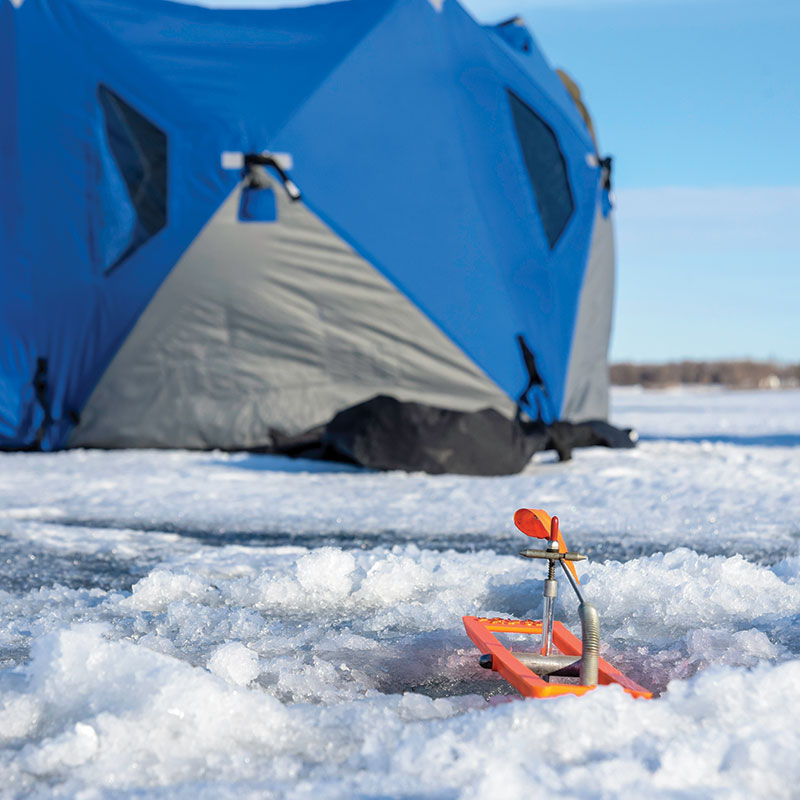 Winter anglers are reminded that any fish house left unoccupied on North Dakota waters must be made from materials that will allow it to float.

A popular question this time of year is if campers qualify as legal fish houses. The answer is the same for any structure taken on the ice – if it’s left unattended, it must be able to float; if it’s not able to float, it must be removed when the angler leaves the ice.

Other fish house regulations include:

Anglers should refer to the 2020-22 North Dakota Fishing Guide for other winter fishing regulations.

Considering the unusually warm weather in early December, ice anglers, hunters and trappers are reminded to be aware of ice conditions before traveling onto and across North Dakota waters.

A few reminders include:

And some life-saving safety tips: 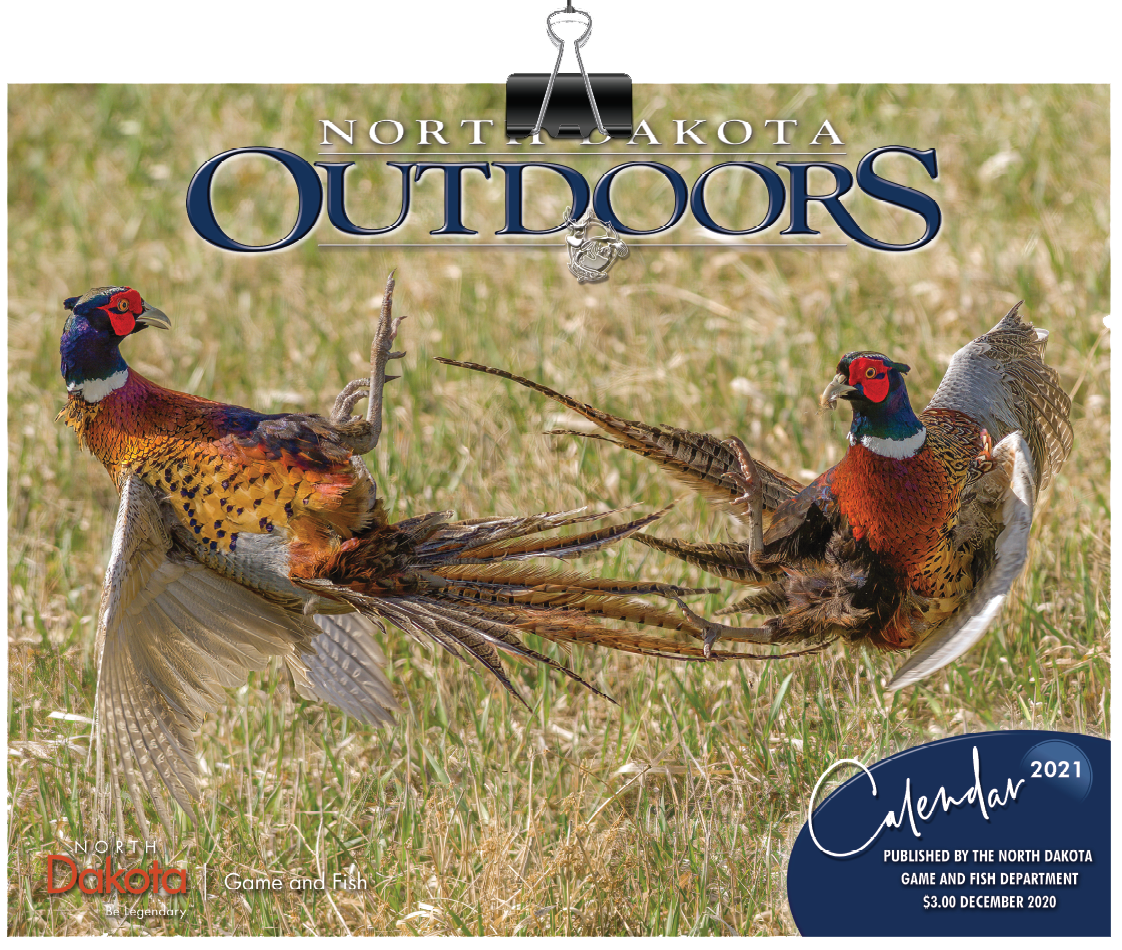 The North Dakota Game and Fish Department is taking orders for its North Dakota OUTDOORS calendar, the source for all hunting season and application dates for 2021. Along with outstanding color photographs of North Dakota wildlife and scenery, it also includes sunrise-sunset times and moon phases.

Order online, or send $3 for each, plus $1 postage, to: Calendar, North Dakota Game and Fish Department, 100 N. Bismarck Expressway, Bismarck, ND 58501-5095. Be sure to include a three-line return address with your order, or the post office may not deliver our return mailing.

Anyone who registered for the Coyote Catalog in the past must register again to activate their names on the database.

Throughout winter, hunters or trappers may receive information on participating landowners, and they should contact landowners to make arrangements.

The Coyote Catalog will remain active through March 31, 2021. 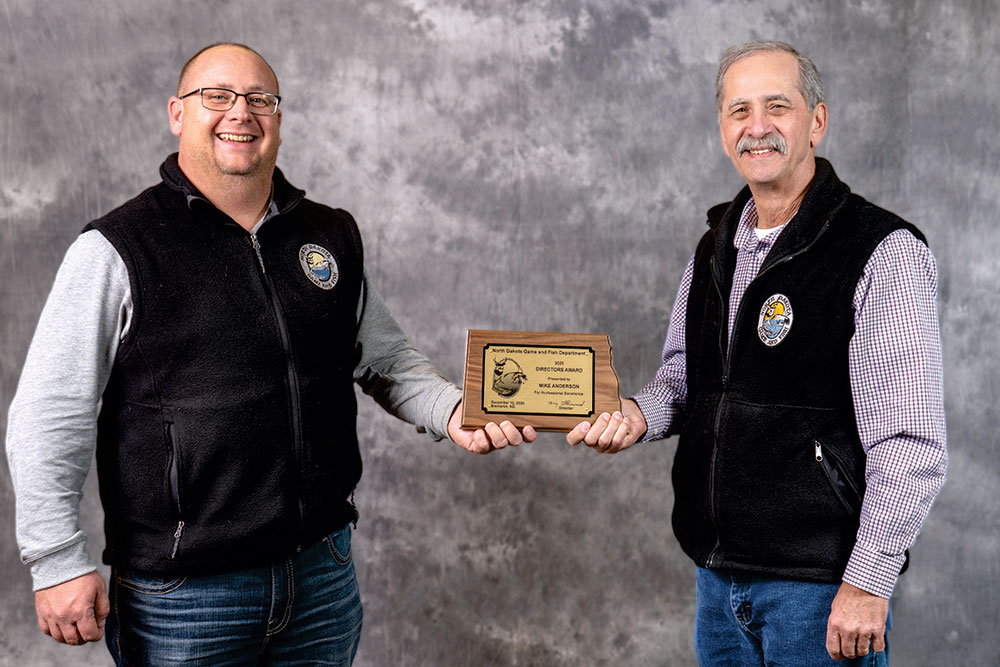 Anderson Named Game and Fish Employee of the Year

Terry Steinwand, Game and Fish director, said COVID-19 did not stop him from missing a weekly assignment or deadline.

“From traveling to every corner of the state to take his next photo, film his next video, conduct his next interview or package his next story, Mike was able to deliver more than 100 programs this year alone, because of his commitment and passion for his job, this agency and his peers,” Steinwand said. “He is the consummate professional. He spends countless hours knowing and understanding the subject at hand, and he wants this to come across to the viewers, and it does.”