Monarch butterflies are arguably the most recognized butterfly species in North America with a wingspan of nearly 4 inches and its bright orange, black and white wing markings. 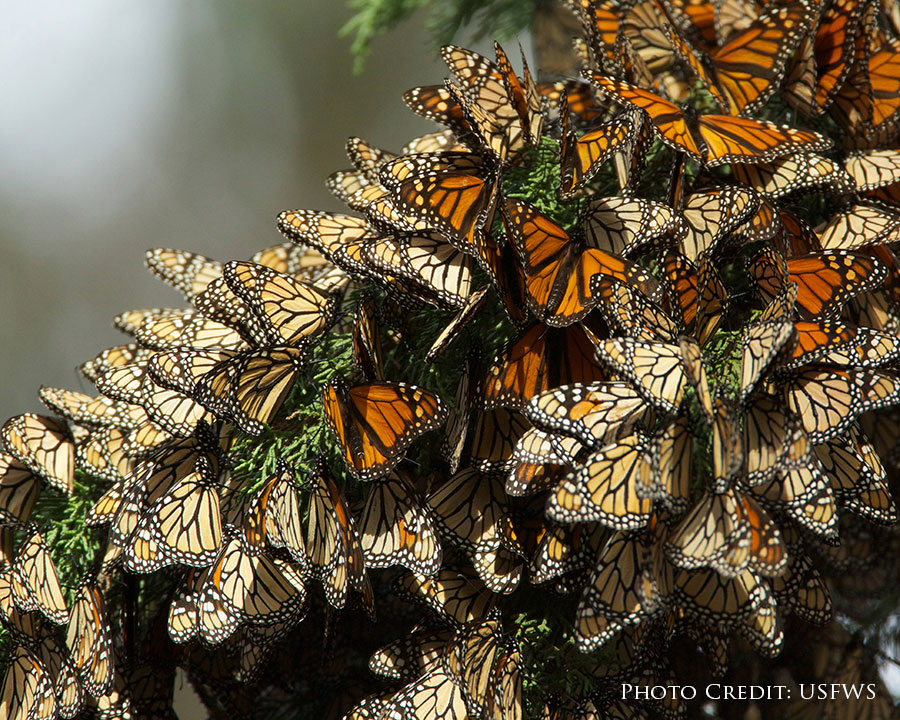 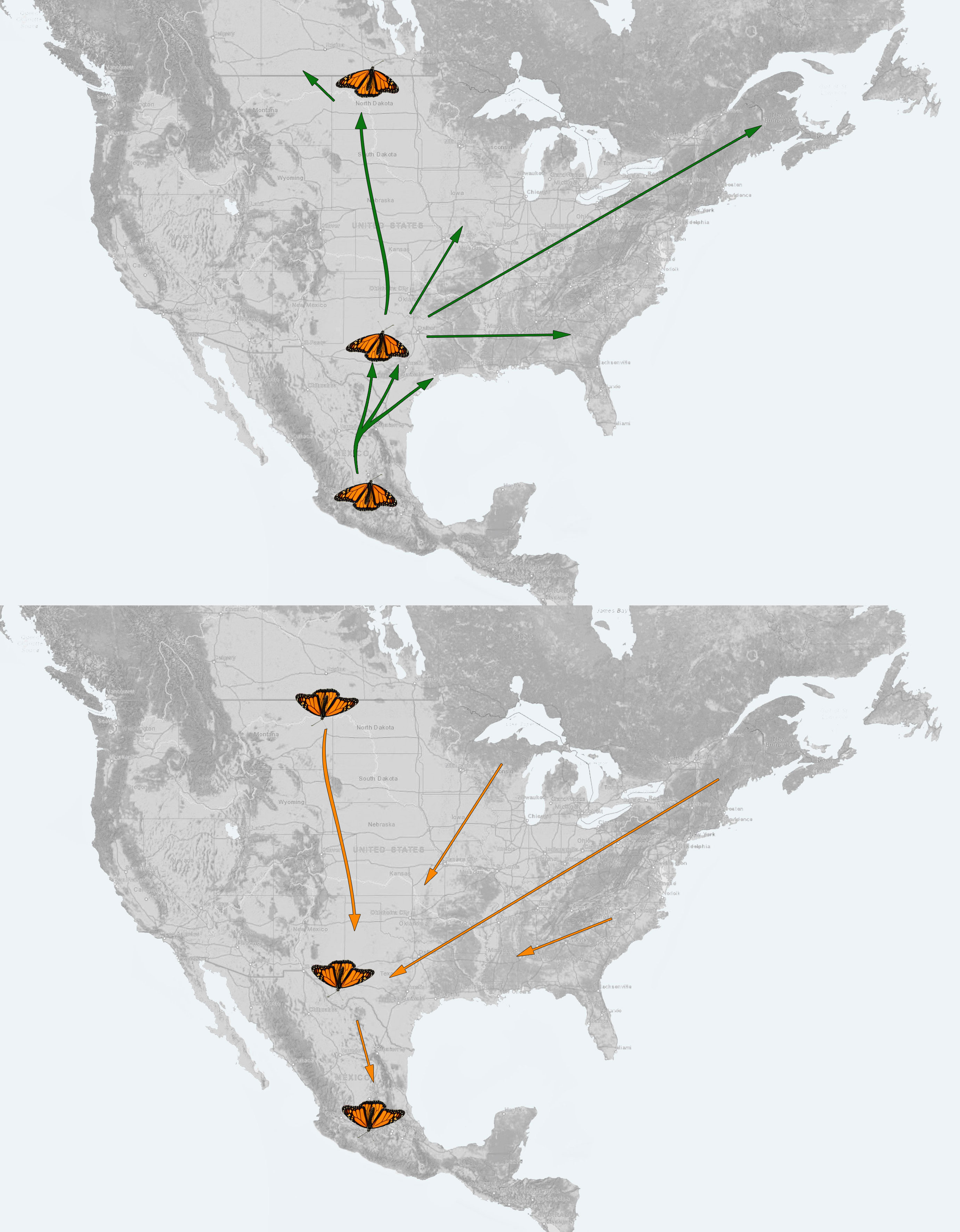 The annual migration of the eastern population of monarch butterflies encompasses up to 3 countries and 5 generations of butterflies.

Near the end of February, monarchs overwintering in oyamel fir forests in Mexico, begin their migration north.

In March these butterflies begin laying eggs on milkweed plants as they continue moving north. Most of this generation dies off by May.

Offspring of the first generation continue the northward migration, laying eggs as they go, until some reach Canada and the northern limits of milkweed ranges.

On their summer grounds, monarchs may produce a third and fourth generation. These generations of reproductive monarchs generally only live 2-5 weeks while the migratory generations can live 8-9 months.

The fourth (and some of the third) generation begins migrating south in late summer. A fifth generation may also be produced in the southern U.S.

Monarchs overwinter in the same 11-12 mountain areas in Mexico each year. They cluster together in colonies to stay warm. Thousands of monarchs may be found on a single oyamel tree. 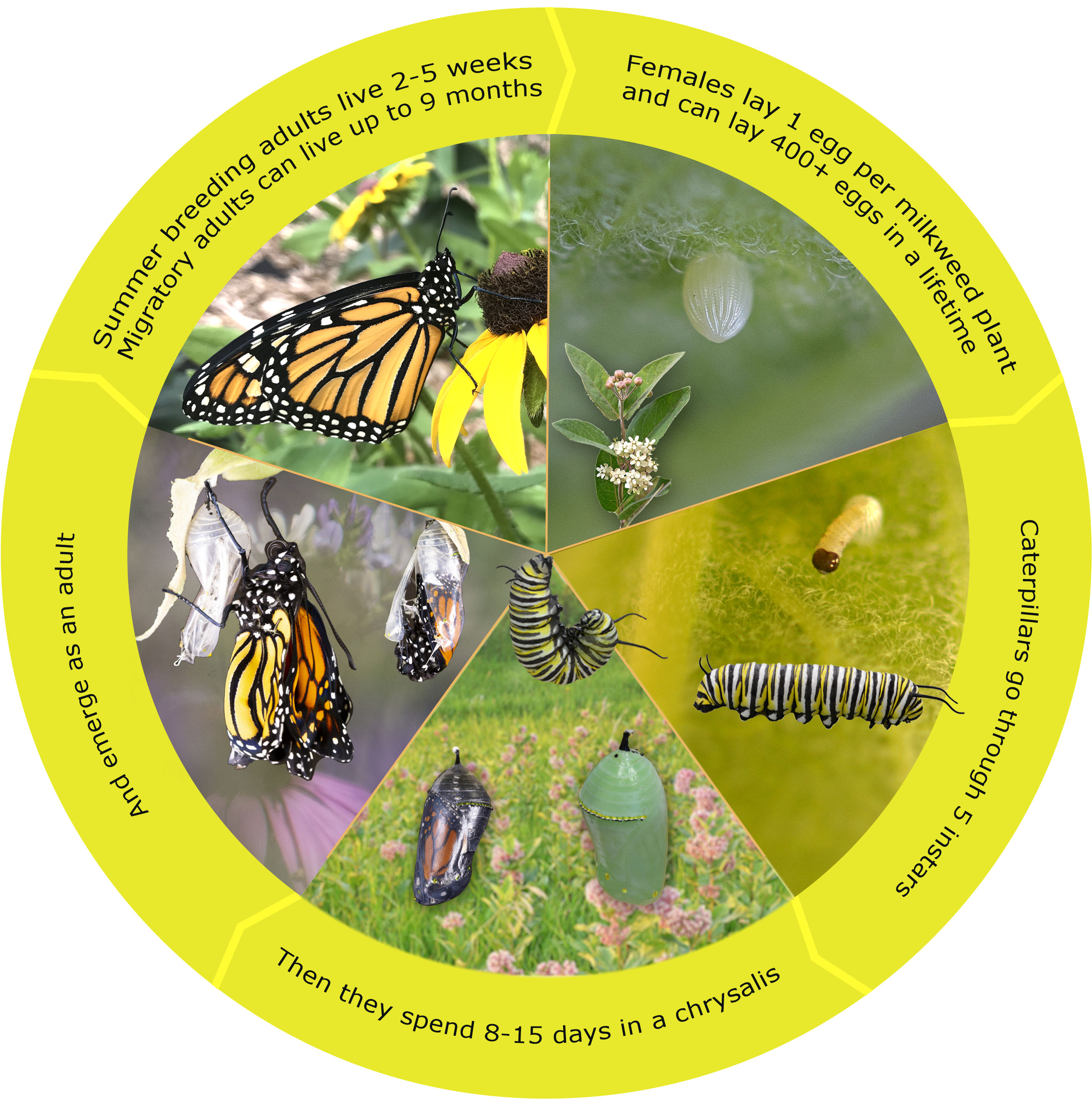 Monarch reproduction is dependent upon plants from the milkweed family as these are the only plants monarch caterpillars will eat.

Females will generally lay only one egg on a given milkweed plant, and they can lay about 400 eggs in their lifetime.

Monarch caterpillars have 5 instars (an instar is the period between molts) during which they grow from about 2mm to 25mm.

Once they are ready to start the pupa stage they will attach themselves to a convenient surface and slough off their skin to continue their metamorphosis as a chrysalis.

There are a number of factors that may be contributing to the decline in monarch numbers, but loss of milkweed habitat on summer grounds is a primary concern. 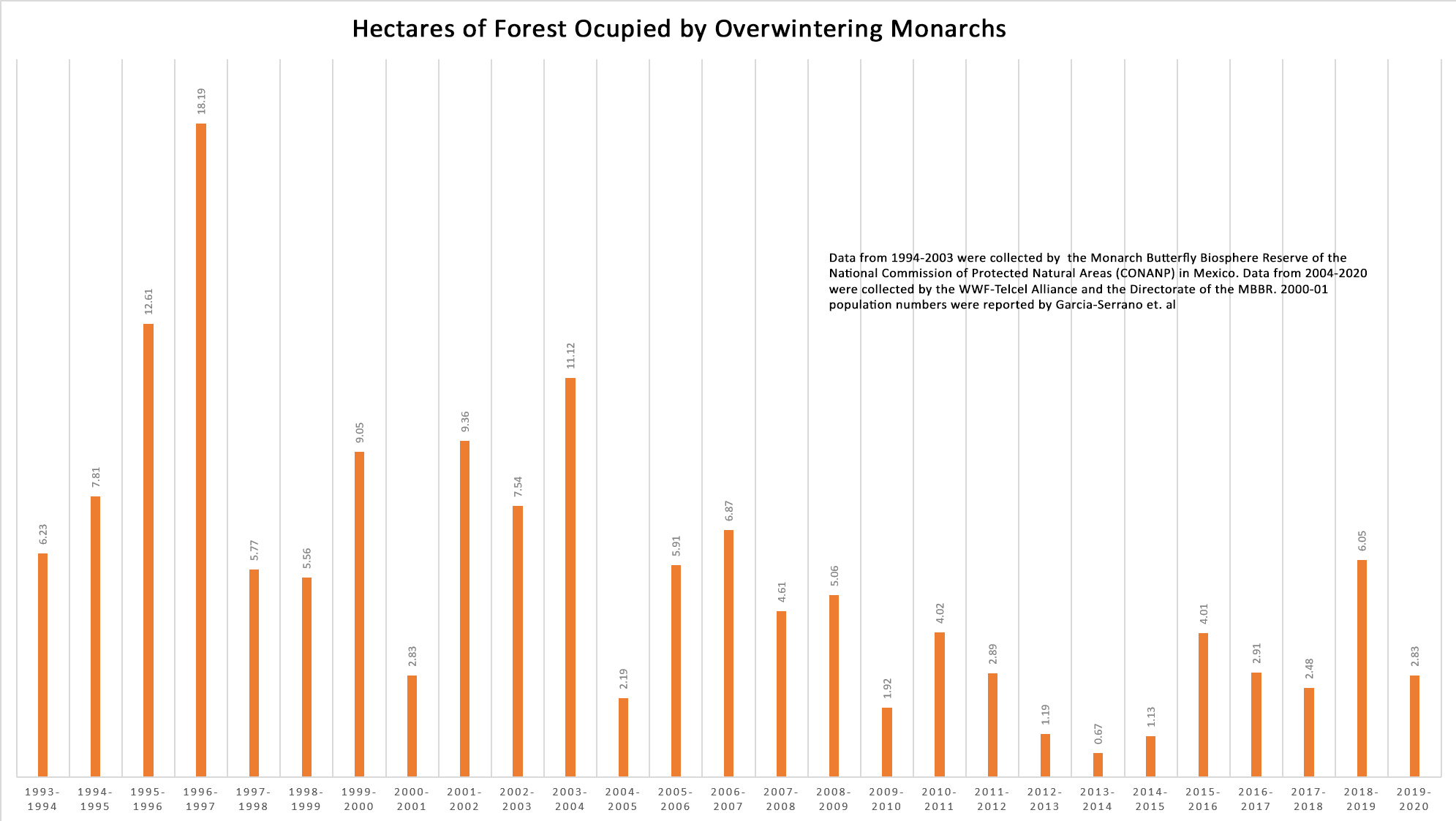 The monarch butterfly has been petitioned for listing under the Endangered Species Act. The deadline for the U.S. Fish and Wildlife Service to make a decision on the listing petition is December 15, 2020.

Many organizations across North America have been taking action to stem the decline of monarch populations including the North Dakota Game and Fish Department which has developed the North Dakota Monarch and Native Pollinator Strategy. This document outlines actions to increase the monarch population in its summer range and further pollinator conservation in the state.

How You Can Help

Small efforts like pollinator gardens in yards, pollinator plantings on farmlands or leaving areas of milkweed in ditches and along roads unmowed, add up to make a big difference for monarchs and other pollinators. Even a potted flower on an apartment porch can provide food for a butterfly or other pollinator.

You can find resources to help you get started here.

Milkweed - A key component of saving the monarch butterfly is increasing the amount of milkweed on the landscape. There are 11 species of milkweed native to North Dakota. Consider planting milkweed in any pollinator gardens or plantings you create.

Not every butterfly that appears to be a monarch at first glance actually is a monarch. Learn more about mimicry.