Chestnut-collared Longspurs have been described as a native prairie specialist. Level to rolling, open, arid, mixed-grass and shortgrass prairie is utilized. They avoid very shrubby areas and areas of dense litter accumulation. Native pasture with less than 20-30 cm vegetation height is preferred, but hayland is also used. Idle grassland is rarely used. Positively associated with percent clubmoss cover, percent bare ground, and plant communities dominated by native grass. Negatively associated with vegetation density, litter depth, density of low-growing shrubs, and plant communities dominated by shrubs and introduced grass such as Kentucky bluegrass. Grazed or mowed areas are typically preferred over undisturbed because of the short grass it provides, but overgrazing can be detrimental. Nest on the ground, often by a cowpie or under a clump of grass. Forage on the ground for seeds, insects and spiders.

Key Areas and Conditions for Chestnut-collared Longspur in North Dakota

No specific sites have been identified. Once common throughout state except for Red River Valley.

Conversion of grassland to cropland, energy development and urban expansion. Degradation of grasslands from invasive plants, woody encroachment, succession, and loss of diversity. Grazing, burning, or mowing is needed to provide short grass and remove excess litter. Deemed woodland-sensitive, occurrence declines with increasing tall shrub (>1m) cover. Increased woodland cover and brush cover negatively affects this species. Increasing loss of grassland on the wintering grounds in the Chihuahuan Desert may be contributing to the decline of Chestnut-collared Longspurs.

Parasitism by brown-headed cowbirds occurs but at lower rates than other grassland birds. Nest depredation is the most important factor affecting nest success, followed by weather. Pesticide acute toxicity may be a potential contributor to declines of grassland birds. Grassland birds avoid habitat within 150 meters of roads and 350 meters of oilfield infrastructure, likely due to anthropogenic disturbance of heavy traffic and/or changes in habitat near oil development. 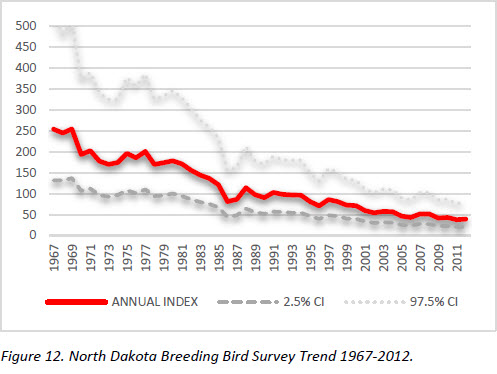 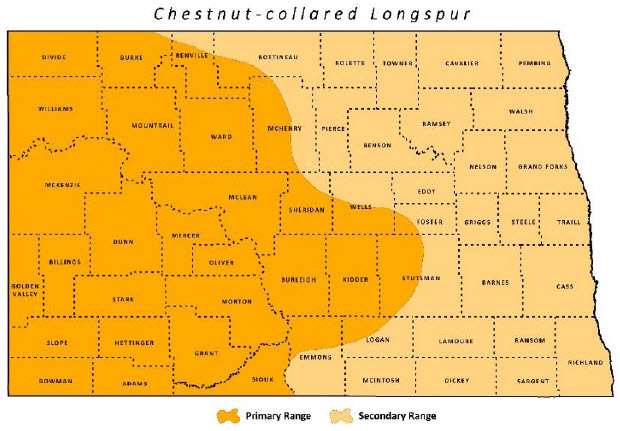