Key Areas and Conditions for Sprague's Pipit in North Dakota

No specific sites have been identified. Highest density of this species occurs in northwestern and north central North Dakota, particularly McHenry County.

Conversion of grassland to cropland, energy development and urban expansion. Degradation of grasslands from invasive plants, woody encroachment, succession, and loss of diversity. Loss of native prairie in North Dakota has greatly affected this species. Overgrazing can cause unfavorable breeding conditions. Encroachment of woody vegetation will also cause negative impacts. Occurrence declines with increasing tall shrub (greater than 1m) cover and by increasing brush (less than 1m) cover.

Rates of brood parasitism by brown-headed cowbirds is low. There is no information on the effects of pesticides or other human induced factors. Grassland birds avoid habitat within 150 meters of roads and 350 meters of oilfield infrastructure, likely due to anthropogenic disturbance of heavy traffic and/or changes in habitat near oil development. 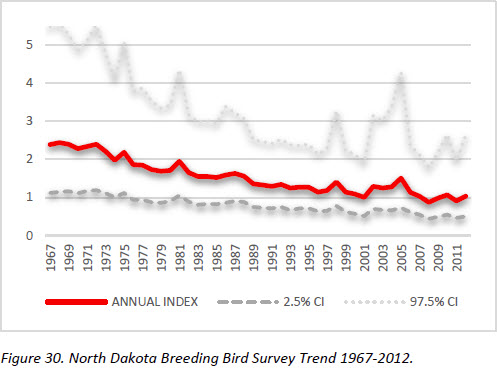 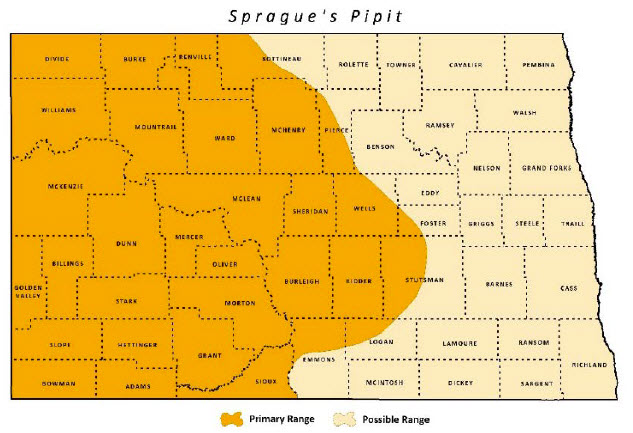