Key Areas and Conditions for Short-eared Owl in North Dakota

No specific sites have been identified. CRP grassland is important habitat for Short-eared Owls. Populations fluctuate yearly due to variation in small mammal populations and the nomadic nature of the species.

Conversion of grassland to cropland, energy development and urban expansion. Degradation of grasslands from invasive plants, woody encroachment, succession, and loss of diversity. The loss of CRP in particular will limit nesting habitat. 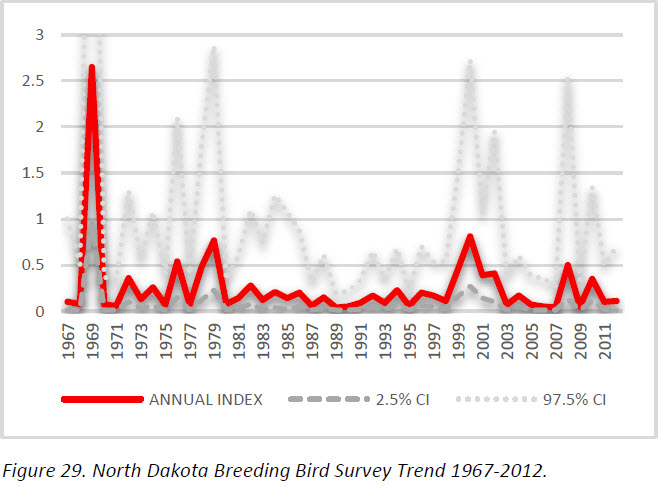 According to the Partners in Flight Landbird Conservation Plan, long-term population trend monitoring such as the Breeding Bird Survey is inadequate in the northern range for this species. A coordinated approach should be adopted for long-term monitoring of the Short-eared Owl. Monitoring plans should follow recommendations of the North American Bird Conservation Initiative ‘Opportunities for Improving Avian Monitoring’. 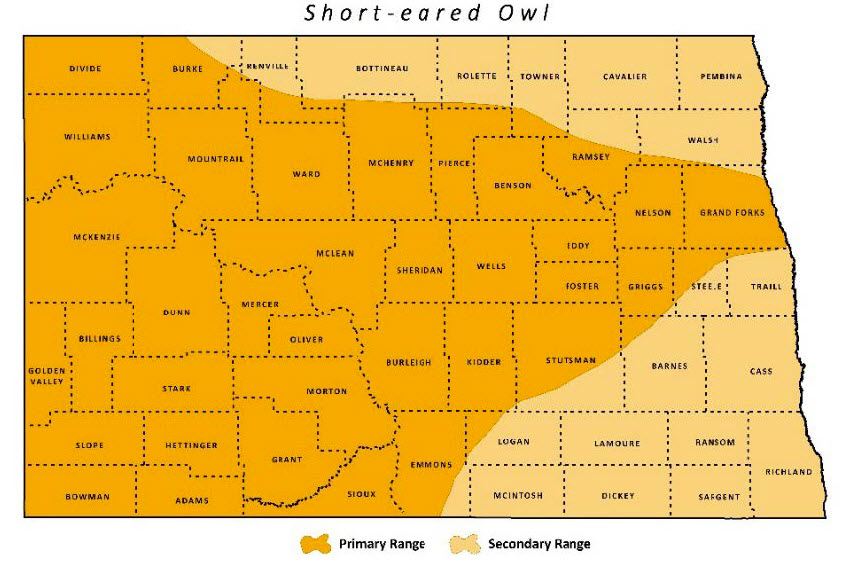