Harriers use relatively open, undisturbed grasslands for nesting and wetlands of tall (>60 cm), dense vegetation with abundant residual vegetation for foraging. Native or tame vegetation in wet or dry grasslands, fresh to alkali wetlands, lightly grazed pastures, croplands, shrubby fields and fallow fields are utilized. Nest primarily on the ground in upland grassland in North Dakota, but have been observed using platforms of vegetation over water in other states. Nesting sites selected may be dictated by vole populations, their primary prey. Requires generally large tracts of contiguous grassland less than 100 ha, but can be found in grassland ranging from 8 to 120 ha. In North Dakota, Northern Harriers have been found to be positively associated with the amount of grassland in a landscape and negatively associated with amount of forest cover.

Key Areas and Conditions for Northern Harrier in North Dakota

Conversion of grassland to cropland, energy development and urban expansion. Degradation of grasslands from invasive plants, woody encroachment, succession, and loss of diversity. Loss and degradation of wetlands. In hayfields, early cutting may destroy nests or young. Heavily and moderately grazed grassland or pastures are generally avoided by harriers.

Changes in the harrier population size may be closely related to vole populations. A decline in the population between 1947 and 1969 could be attributed to the use of DDT or DDE which caused the thinning of egg shells. The use of insecticides and rodenticides may reduce prey availability. Nest predation is a key source of mortality. 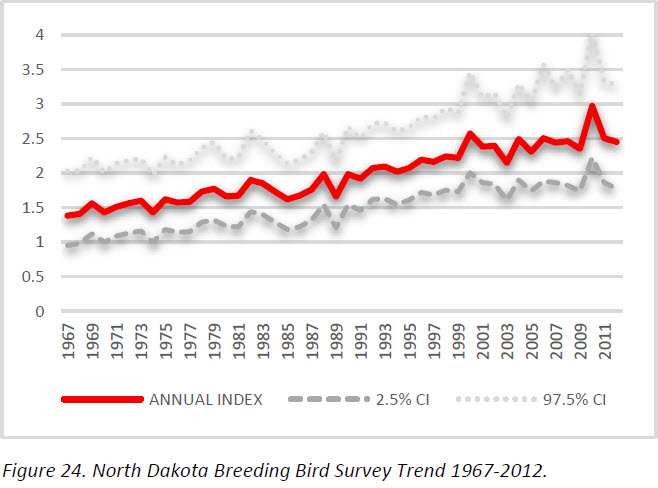 According to the Partners in Flight Landbird Conservation Plan, long-term population trend monitoring such as the Breeding Bird Survey is inadequate in the northern range for this species. Monitoring plans should follow recommendations of the North American Bird Conservation Initiative ‘Opportunities for Improving Avian Monitoring’. 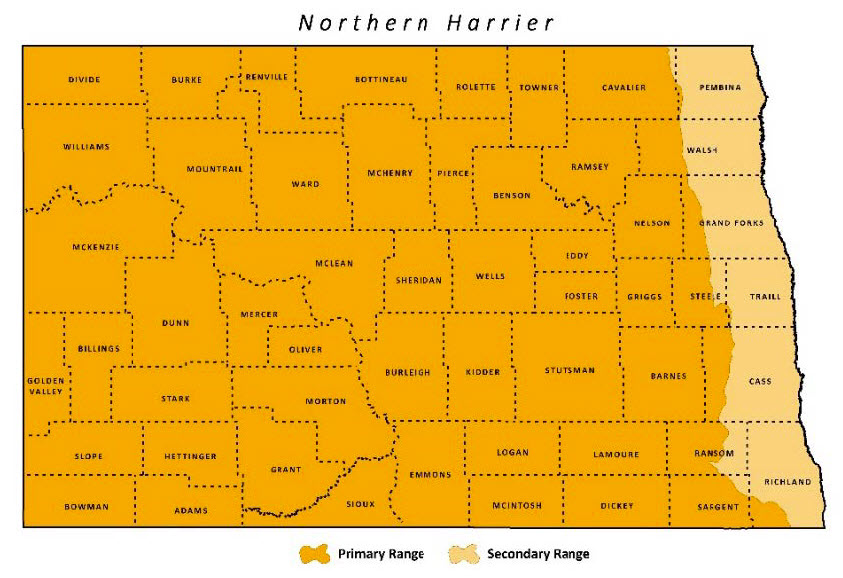