Key Areas and Conditions for Upland Sandpiper in North Dakota

No specific sites have been identified. Upland Sandpipers are locally common throughout Prairie Pothole Region and rarer in the Missouri Slope.

Prior to the Migratory Bird Treaty Act, Upland Sandpipers were heavily harvested and nearly extirpated. Shooting may still be a problem in South America, as well as use the use of insecticides and other agrochemicals. Early mowing can destroy nests or kill the adult female on nest. Death from collisions with vehicles or power lines occurs, but is rare. 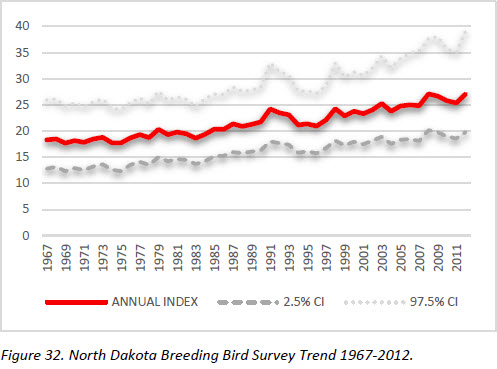 The Upland Sandpiper was reassigned from a Level I to a Level II Species of Conservation Priority due to stable population trends. Several State Wildlife Grant Projects (T2-9-R, T2-11-HM, T-18-R, T-21-D, T-22-HM, T-23-HM, T-25-HM, T-27-HM, T-37-D) have contributed to habitat enhancement of wetlands and grasslands for Upland Sandpiper and other wetland/grassland dependent birds. 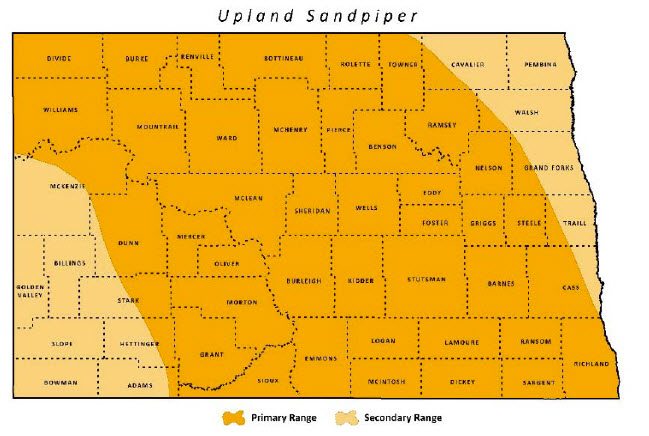