Key Areas and Conditions for Willet in North Dakota

No specific sites have been identified. Densities appear highest in central North Dakota although they are fairly common throughout the Missouri Coteau and Drift Prairie.

Conversion of grassland to cropland, energy development and urban expansion. Degradation of grasslands from invasive plants, woody encroachment, succession, and loss of diversity. Specifically, the loss of native prairie and associated wetlands is the greatest threat to Willets in North Dakota. Over-grazed pastures which are grazed season-long are less attractive to Willets.

Insecticides may decrease food availability. Vehicle and power line collisions are one cause of direct mortality. Early mowing can destroy nests or kill the adult on the nest. Nest predation is a key mortality factor. 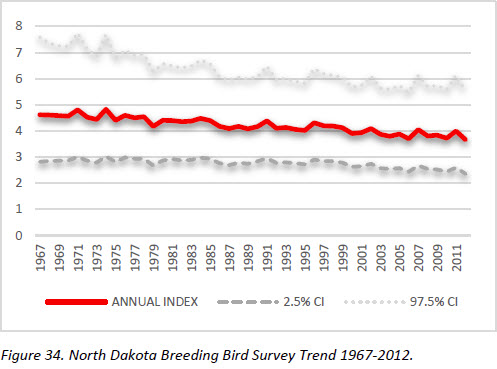 The Willet was reassigned from a Level I to a Level II Species of Conservation Priority due to stable to slightly declining population trends. Several State Wildlife Grant Projects (T2-9-R, T2-11-HM, T-18-R, T-21-D, T-22-HM, T-23-HM, T-25-HM, T-27-HM, T-37-D) have contributed to habitat enhancement of wetlands and grasslands for Willet and other wetland/grassland dependent birds. 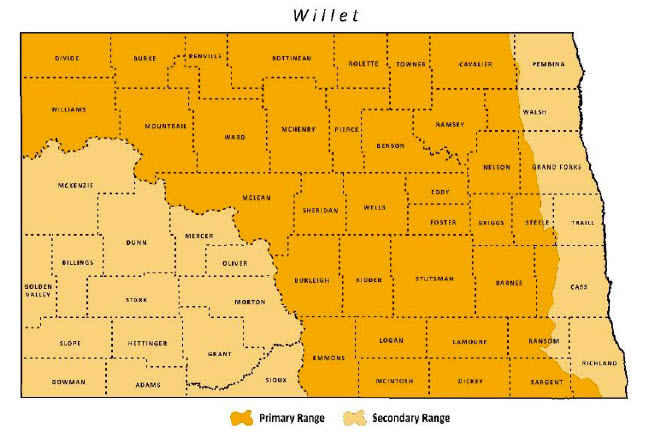