Wetlands with open water, emergent vegetation, and open shoreline are used for foraging, and wet meadows or upland grasslands are used for nesting. Typically nest less than 100m from the shoreline, in the uplands early in the breeding season and in wetmeadow vegetation later in the season. Nests are located in grasses of various heights in idle, hayed, or grazed grasslands adjacent to wetlands. Also nest on islands. Tilled wetlands, temporary, seasonal, semi-permanent, fen, alkali, and permanent wetlands, in decreasing order, are utilized most frequently. Occur in the peripheral low-prairie and wet meadow areas of wetlands. Primary food items include a variety of aquatic invertebrates.

Key Areas and Conditions for Wilson's Phalarope in North Dakota

No specific sites have been identified. Fairly common throughout Missouri Coteau and Drift Plains, particularly the southern portions.

Nest mortality may be higher than species utilizing similar habitat, possibly because of the phalarope’s tendency to place nests in the margins of wetlands where they are more easily flooded. Exposure to agrochemicals is also a concern. Mortality from collisions with power lines. Expanding oil and gas development in North Dakota increases risk of oilfield contamination of wetland habitat. 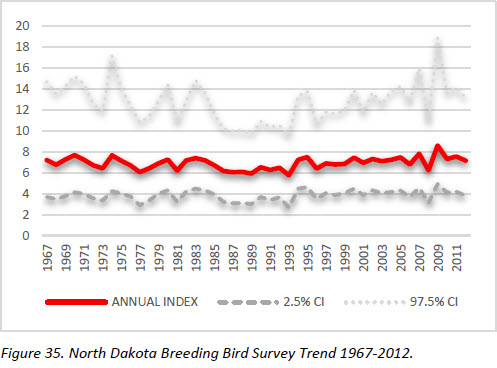 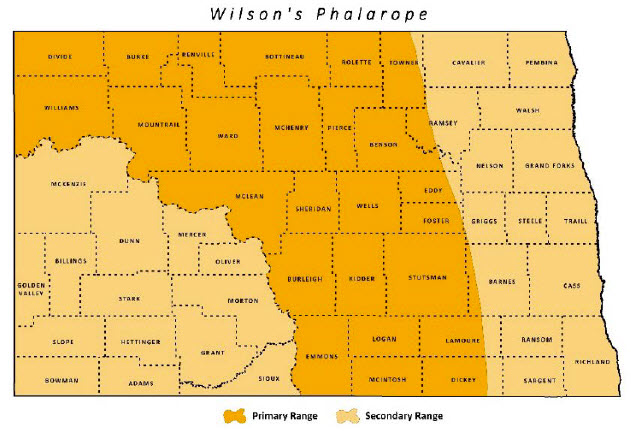